Huatulco Airport in Mexico welcomed its first ever WestJet service on Saturday 12 December with the arrival of a flight from Calgary. The following day the first flight from Toronto Pearson arrived. Both routes will be served twice-weekly during the winter season using the airline’s 737s. 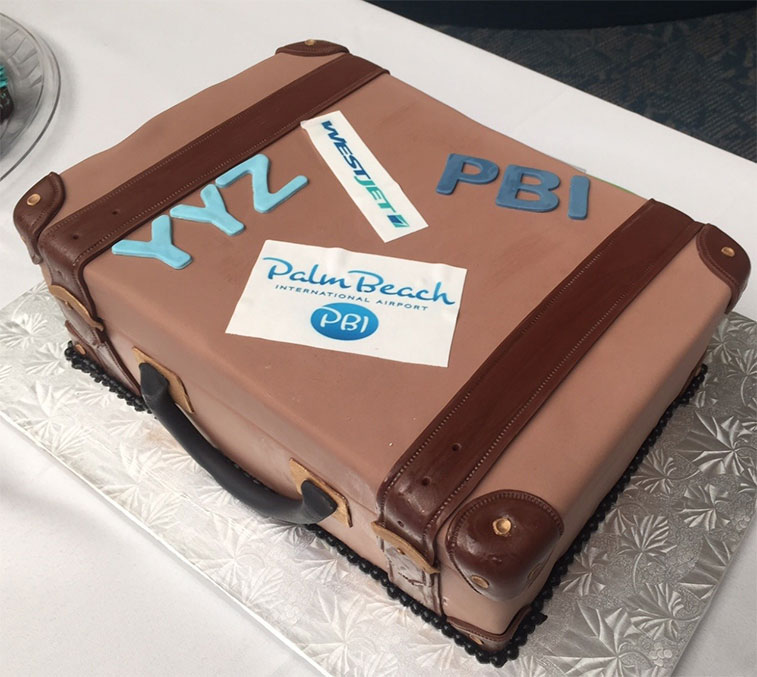 This suitcase-shaped cake was baked to celebrate the arrival of WestJet’s first ever service to Palm Beach International Airport in Florida. The Canadian LCC began twice-weekly seasonal flights from Toronto Pearson on 11 December.