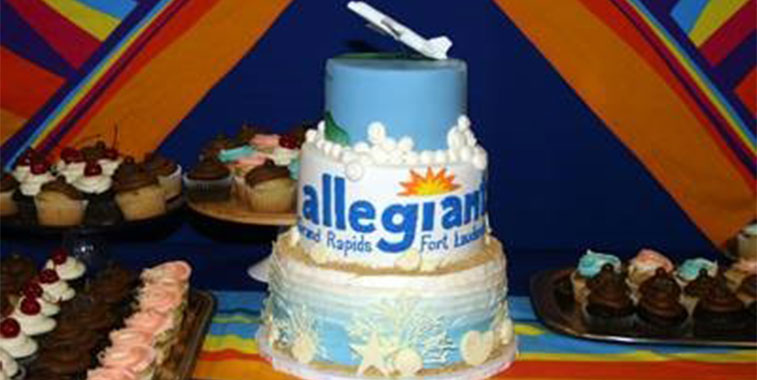 Phoenix-Mesa celebrated the launch of services to Memphis with an Elvis impersonator, the home of the king, as well as Allegiant Air’s new routes to Des Moines and Fresno. All three services will operate twice-weekly. Cutting the ribbon in Phoenix is Stephanie Pilecki, Public Relations Specialist at Allegiant Air. 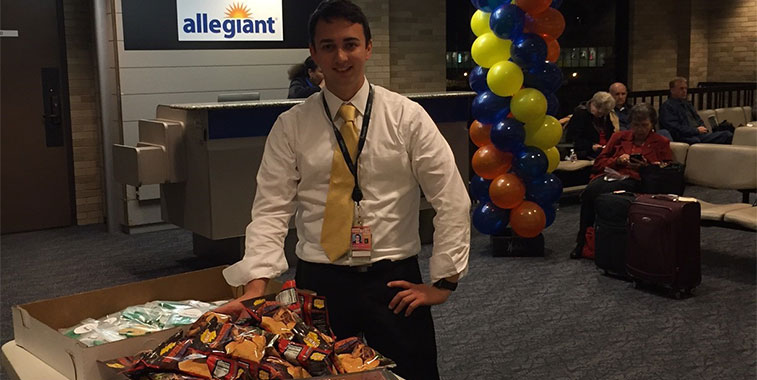 Memphis Airport celebrated the arrival of Allegiant Air’s inaugural service from Phoenix-Mesa on 17 December by giving passengers sweet and savoury snacks at the gate before departure. Posing with the calorific goodies is Will Livsey, Senior Manager of Air Service Research & Development at Memphis Shelby County Airport Authority.