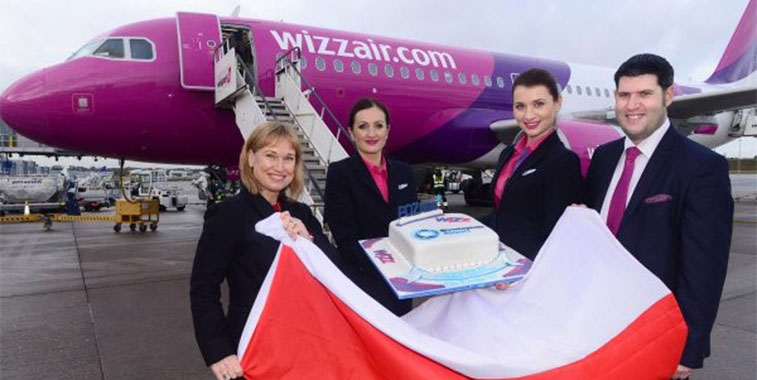 Birmingham Airport welcomed the arrival of Wizz Air’s third route to the airport on 18 December, a twice-weekly service from Poznan which will operate on Mondays and Fridays. Welcoming the inaugural flight to the UK’s second city are Birmingham Airport’s Justine Howl, Head of Communications, and Adam Parker, Aviation Strategy Manager. In 2016, Wizz Air will launch services from Birmingham to Wroclaw and Bucharest becoming destinations four and five from the UK gateway. On 19 December, Wizz Air commenced services between Cluj-Napoca and Dubai Al Maktoum, and the Romanian airport celebrated with this colourful cake. The 3,692-kilometre sector will operate twice-weekly on Tuesdays and Saturdays according to OAG Schedules Analyser data. Wizz Air now operates four routes from Dubai Al Maktoum, the ULCC also serves Bucharest, Budapest and Sofia from the UAE airport. 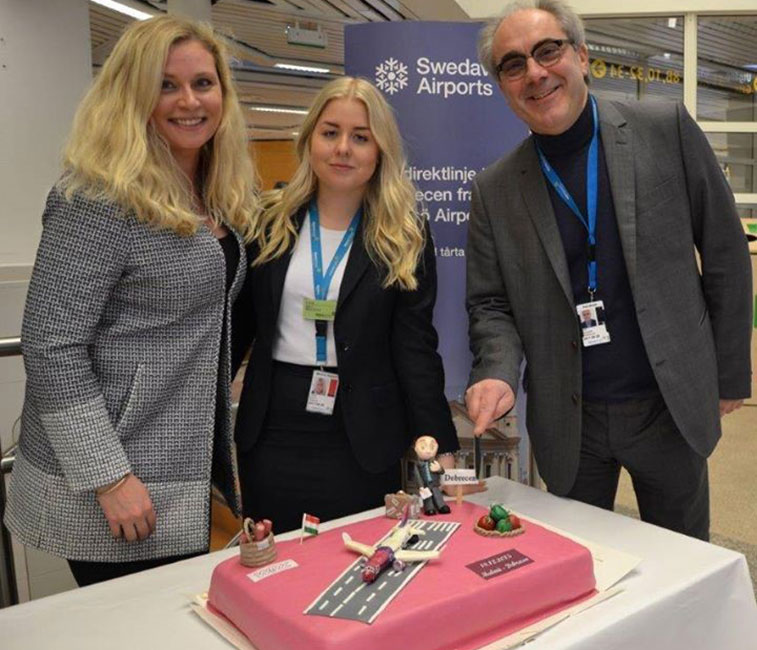 Malmo Airport celebrated the arrival of Wizz Air’s twice-weekly service from Debrecen on 18 December with this very pink cake. The airport pair will operate on Mondays and Fridays according to OAG Schedules Analyser data. 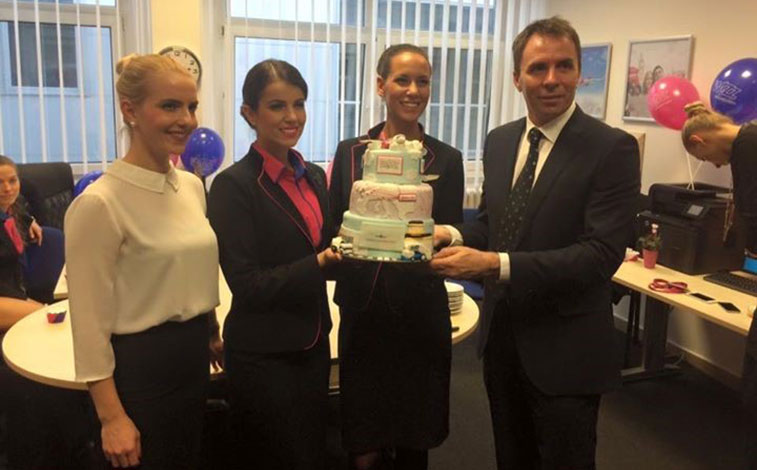 Debrecen Airport welcomed the start of based operations by Wizz Air on 16 December with a cake. The ULCC will initially base one A320 at the airport. On the same day as the base opening, Wizz Air inaugurated services to Paris Beauvais, with flights to Brussels Charleroi and Malmö following on the 18 December. The airline also serves London Luton, Eindhoven and Milan Bergamo from the Hungarian facility.