Wizz Air, on 16 December, made Debrecen Airport in eastern Hungary its second base in that country and 22nd in all. The based aircraft will operate six routes with a total of 21 weekly flights. Three new destinations were launched last week to Brussels Charleroi, Malmö and Paris Beauvais, all of which will be served twice-weekly.

On 16 December Debrecen Airport became Wizz Air’s second Hungarian base (after Budapest) and 22nd in all with one A320 now being based there. This has resulted in the launch of three new routes to Brussels Charleroi, Malmö and Paris Beauvais which join existing services to Eindhoven, London Luton and Milan/Bergamo. London flights started as along ago as June 2012 and were followed in December 2012 by the introduction of Eindhoven services. At the same time, a short-lived Milan Malpensa service began, followed in April 2013 by an equally brief period of operating twice-weekly to Dortmund. Milan/Bergamo flights began in October 2015.

The based aircraft will enable frequencies on the Luton route to be increased from daily to 10 flights per week, while Eindhoven services will be raised from two to three flights per week. All remaining routes will be served with just two weekly flights, making 21 weekly departures in total.

While Wizz Air is currently the only airline offering scheduled services from Debrecen, Lufthansa has announced plans to start a thrice-weekly service from Munich, starting on 11 April, operated by Lufthansa CityLine’s CRJ 900s. In addition the airport welcomes summer charter flights to Greece and Turkey, while Germania appears to operate a few flights from Dresden, Erfurt-Weimar and Leipzig/Halle during the summer months.

József Váradi, CEO, Wizz Air, said: “The opening of our second base in Hungary and 22nd base overall is truly an important milestone for our presence in Hungary. Our Debrecen operating base makes East Hungary more accessible, further boosts tourism and fosters economic development in the region. Today’s event indicates our commitment to offer Hungarian consumers and their visitors affordable fares coupled with an excellent travel experience. Our based A320 starts its commercial operation today and will further enhance the travel opportunities on the Hungarian market, create a number of local jobs with Wizz Air and our business partners while doubling our capacity from Debrecen Airport. We look forward to many satisfied passengers and a fruitful partnership with Debrecen International Airport.” 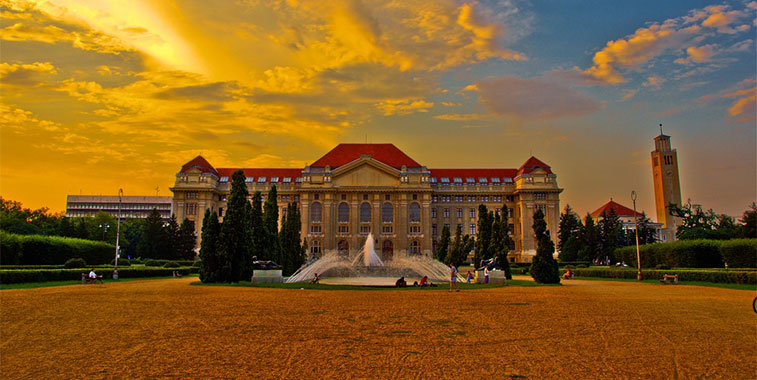 Debrecen, with a population of around 200,000 people, is Hungary’s second biggest city. According to the city’s website it is a beautiful jewel in the heart of the Carpathian Basin and is a cultural, economic and scientific centre which enchants all visitors, either seeking refreshing peace and relaxing comfort or social vitality and cultural dynamism.