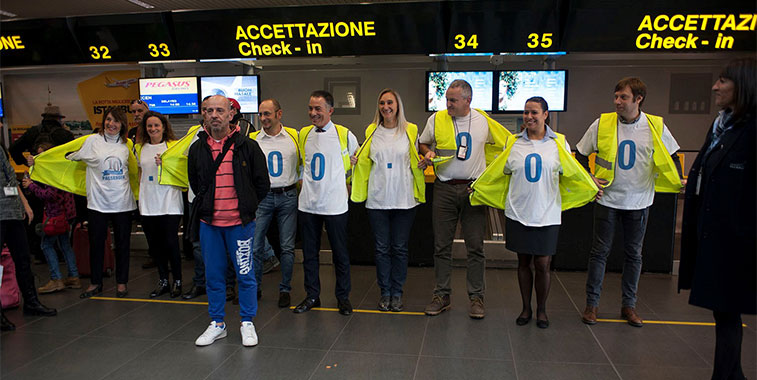 On 17 December, Milan/Bergamo Airport reached 10 million passengers in a single year for the first time. This historic achievement was celebrated in the check-in area with an award for Giuseppe Pirino, who arrived in the morning from Sardinia, who was then departing from the Italian airport on flight PC706 with Pegasus Airlines to Istanbul, before travelling on to Doha with the same airline. The lucky passenger received two free tickets from Pegasus Airlines, a VIP card from SACBO, the company that manages Bergamo Airport, and a commemorative plaque. Some of the SACBO staff, including Giacomo Cattaneo, Aviation Manager at Milan/Bergamo, wore a special commemorative t-shirt signaling the passing of the annual passenger milestone. There is a bit of slope on this runway!! This week at Chambéry Airport in France, the VINCI Airports-managed facility, celebrated Jet2.com’s 10th anniversary of services with this massive gateaux (errr…cake). Pieces of the baked bonanza were distributed to all passengers arriving from Newcastle. 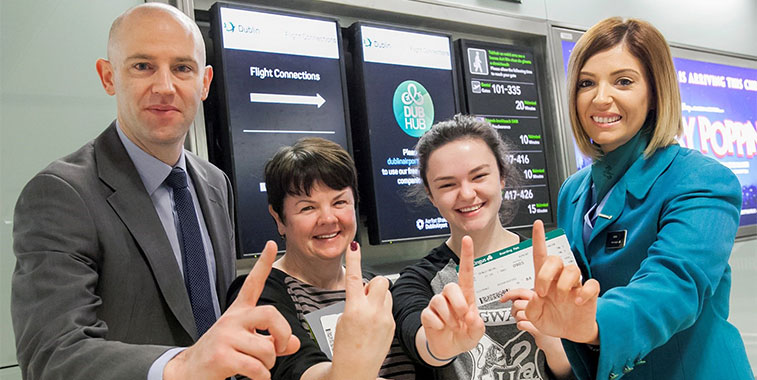 LATAM Airlines hosted a ceremony at Miami Airport on 16 December to celebrate the grand opening of its first maintenance hangar outside of South America. Community and business leaders joined airline and airport officials for the inauguration of the new 98,242-square-foot, state-of-the-art facility, which will service the airline’s passenger and cargo fleet at Miami. Cutting the ribbon in front of one of LAN Airlines’ 787-8s aircraft was Miami Airport Director Emilio T. González with LATAM Airlines executives. 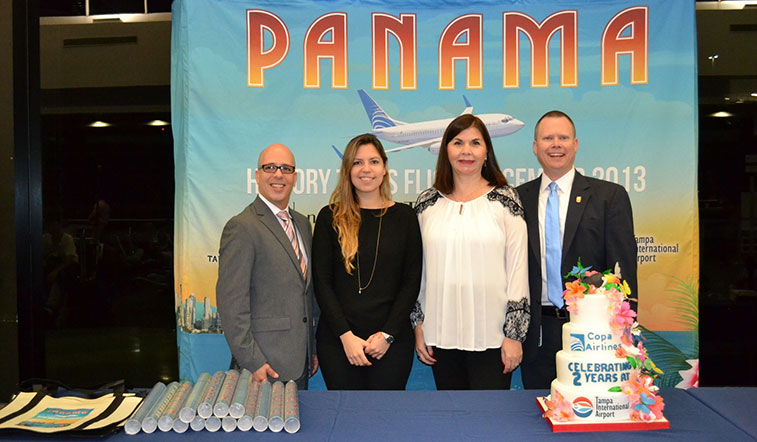 Tampa Airport celebrated the second anniversary of Copa Airlines’ non-stop flights to Panama City on 17 December. The airport had a gorgeous tropical cake, coffee and giveaways for the passengers. The airline currently flies the city pair four times weekly with its 124-seat 737-700s. On 17 December, Moscow Sheremetyevo handed out its ‘Perfect Timing Awards’ to the most punctual airlines of 2015. airBaltic received the most punctual international airline of the year in the over 100,000 passengers annual category, while Finnair won the same award in the under 100,000 category. Nordavia won the award for the most punctual Russian carrier. The evening also included specially developed awards from the airport to airlines. All guests received gifts and had a chance to chat and enjoy the evening. During the official ceremony, Sheremetyevo shared its end of year results and upcoming plans for 2016.