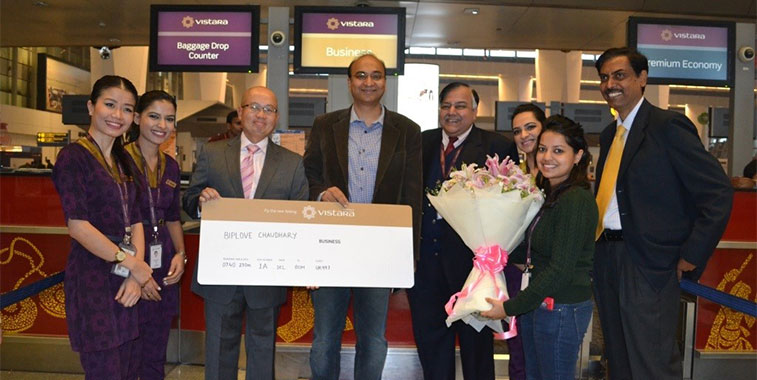 Just four months after reaching the 500,000 passenger milestone, Vistara carried its one millionth passenger on 23 December. The Indian carrier, a joint venture between Tata Sons and Singapore Airlines, will celebrate its first birthday on 9 January. At present the airline accounts for less than 2% of India’s domestic market.

On 9 January 2015 Vistara operated its first commercial service between Delhi and Mumbai. The Indian carrier, a joint venture between Tata Sons Limited (51%) and Singapore Airlines Limited (49%), is not an LCC, with its fleet of A320s configured with 148 seats; 16 in Business Class, 36 in Premium Economy and 96 in Economy Class. The airline’s ninth aircraft was delivered in late November. Just before Christmas the airline carried its one millionth passenger, having passed the 500,000 passenger milestone in mid-August. Passenger numbers have risen steadily during 2015 with November not only being the airline’s busiest month to date with 136,000 passengers, but also recording the highest monthly load factor so far, of 72.2%. 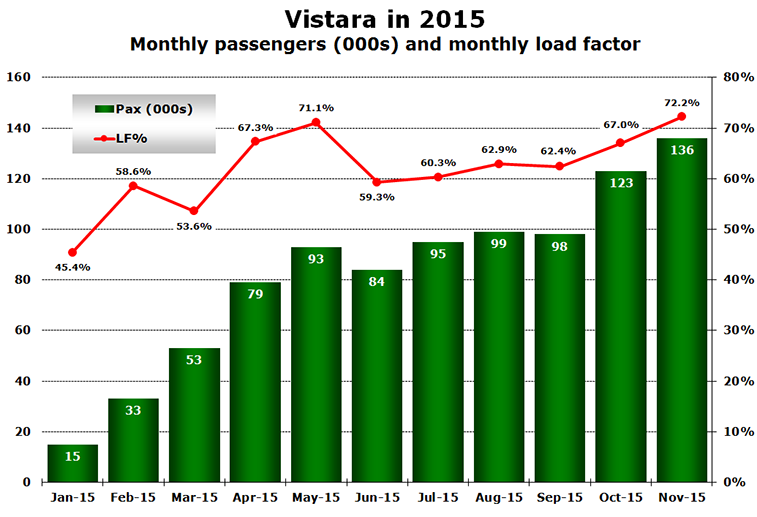 According to Indian government statistics the airline’s share of the Indian domestic market in Q1 was just 0.5%, rising to 1.3% in Q2 and 1.4% in Q3. Where the airline does score well is with regard to punctuality. In November Vistara recorded an OTP (on-time performance) of 91.5% across the country’s four busiest airports (Bengaluru, Delhi, Hyderabad and Mumbai), well ahead of its nearest rival IndiGo (82.2%).

Based in Delhi, Vistara’s network is heavily focussed at that city’s airport. A total of 12 destinations are currently served with the airline operating over 300 weekly flights. All routes are served at least daily, but only the key Delhi to Mumbai route is served with more than two daily flights. On the country’s main trunk route Vistara now operates up to eight daily flights. 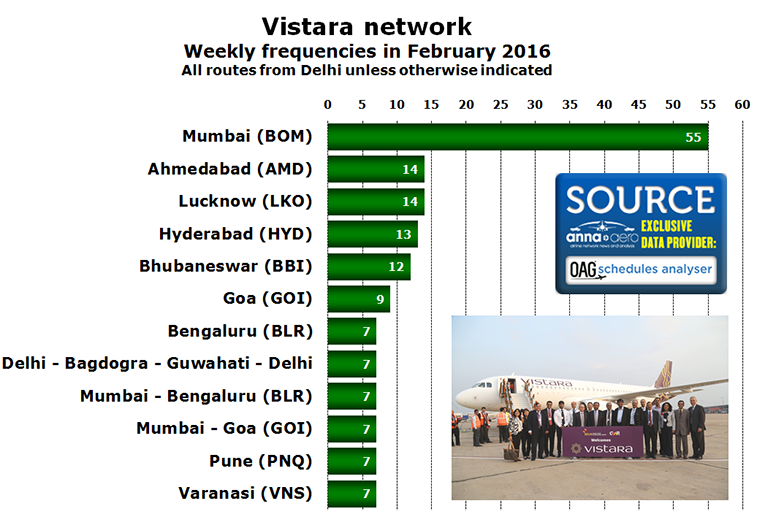 According to anna.aero’s analysis of the airline’s development, only one route has so far been dropped, namely between Mumbai and Ahmedabad. This was one of the three routes that launched on the airline’s first day of operation, initially with a daily service. After service was increased to twice-daily, it was then reduced back to a daily flight before being dropped altogether from the airline’s network. 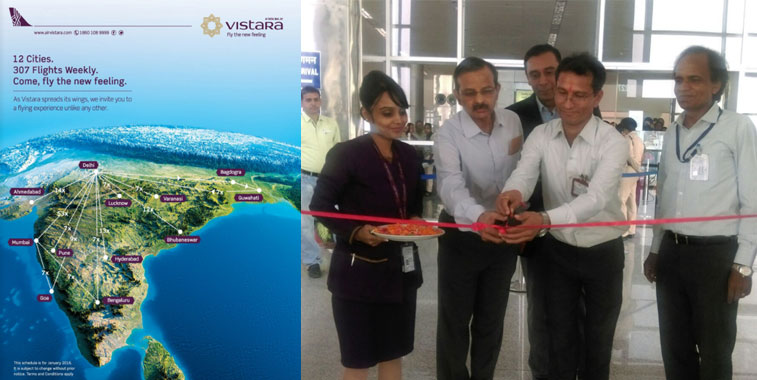 Vistara serves 12 destinations across India. The most recent airport to join the network was Varanasi. Daily services from Delhi were launched on 21 October. According to Vistara’s CEO, Mr Phee Teik Yeoh, “Varanasi is awe inspiring and a symbol of spiritualism that has attracted Indians as well as international tourists for years. The addition of Varanasi to our network perfectly complements Vistara’s versatile ecosystem that now offers leisure, corporate, and pilgrimage options.” Quite.