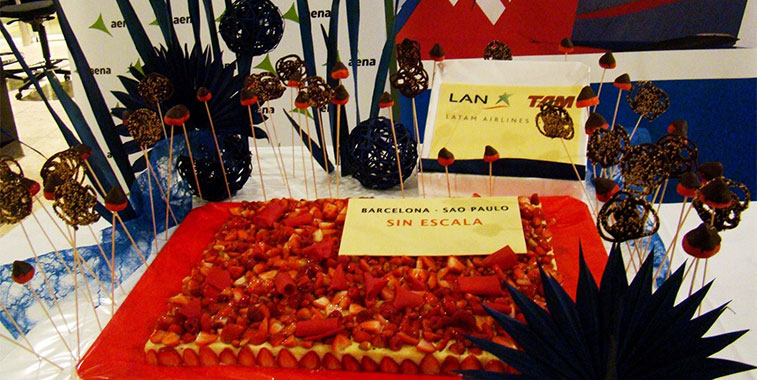 While domestic demand in Brazil started to drop in the second half of 2015, new international services continued to be launched. On 1 October, TAM Airlines initiated thrice-weekly A330 services from Sao Paulo Guarulhos to Barcelona.

According to The Economist, Brazil’s GDP is forecast to shrink by over 2% in 2016. Only Libya, Venezuela, Equatorial Guinea, Syria and Macau are expected to shrink by a larger amount and none of these countries are anything like as big as Brazil. For much of 2015, as the Brazilian economy struggled, the country’s airlines remained relatively healthy, with domestic RPKs (revenue passenger kilometres) growing each month between January and July. However, August and September saw small declines of less than 1%. This was followed in October by a 5.3% reduction in RPKs, deteriorating further to a 7.5% drop in November, the biggest such monthly drop in a decade. 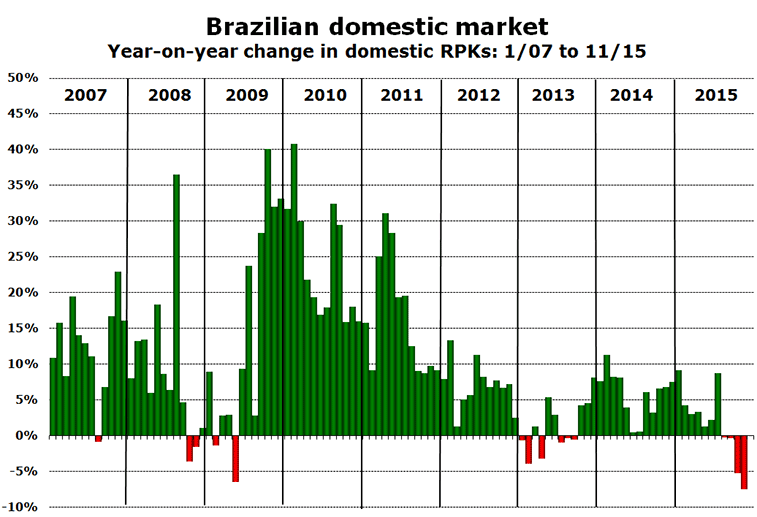 In terms of market share among the four main domestic carriers, TAM Airlines and GOL continue to be evenly matched with the former being slightly ahead for most of the year. Azul Airlines’ share of the market has been consistently around 17%, but Avianca Brasil has increased its share during the year to reach a new high of just over 10%. 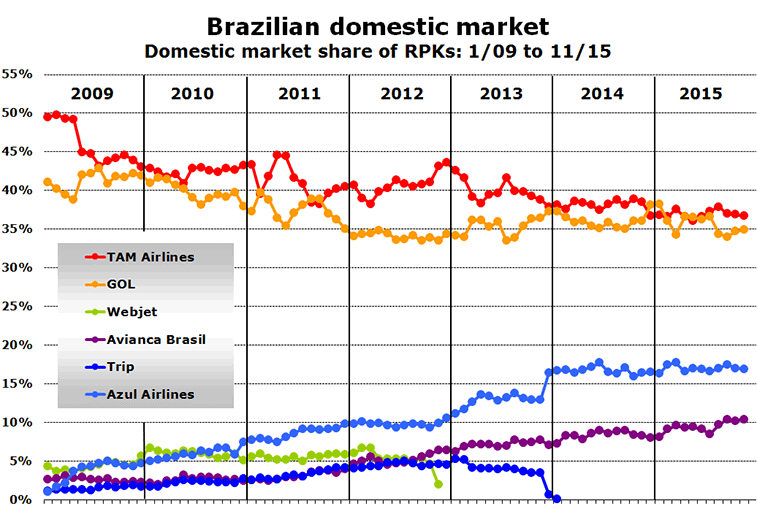 In the last couple of years some of Brazil’s airports have been sold off by the government to a variety of consortia. Of the top seven airports in 2014 (based on passenger numbers) five are now no longer state-owned. As a result, their traffic figures no longer appear on the Infraero website. However, each of the six privatised airports reports their monthly traffic figures on their own respective websites. Analysing this data for 2015 shows how each of the airports are performing in 2015 compared with 2014. Three of the six airports have yet to report their figures for November, but the trend is pretty clear. This year looks likely to be very challenging for Brazil’s airlines and airports. 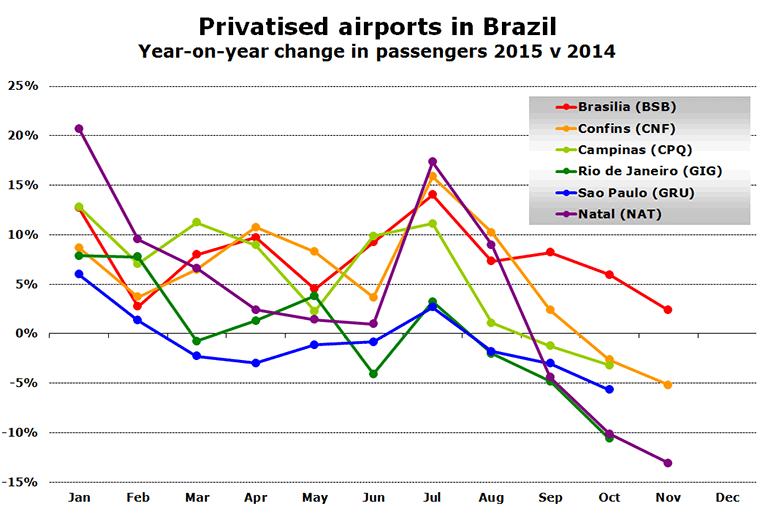 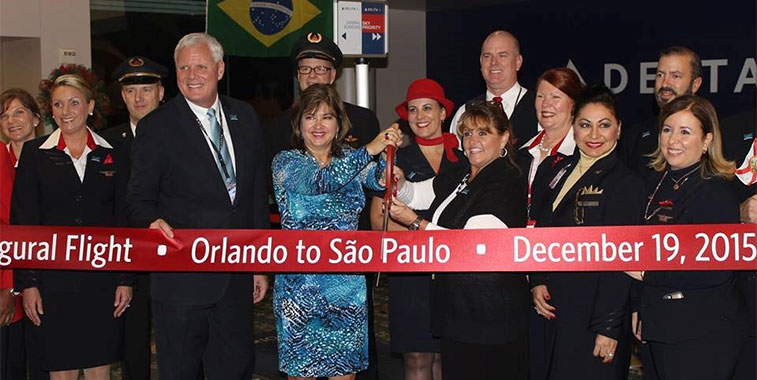 Sao Paulo Guarulhos Airport has reported traffic declines in seven of the first 10 months of 2015, but a recent bright spot was the launch just before Christmas of flights from Orlando with Delta Air Lines. The service will operate four times weekly with 767-300s.