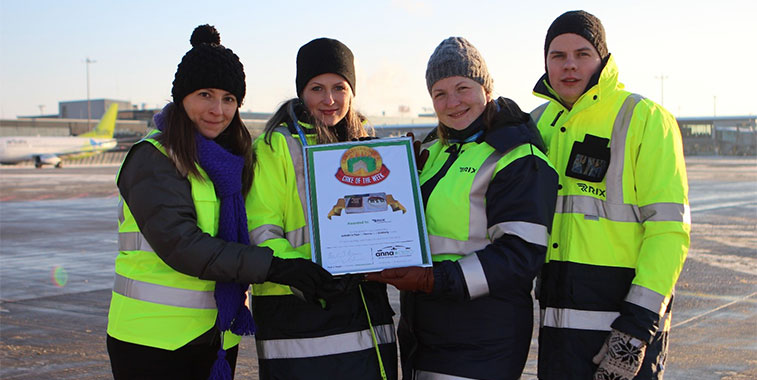 Riga Airport this week celebrated winning the first Cake of the Week competition of 2016, given to the airport for the culinary excellence that was presented at the launch of airBaltic’s services to both Salzburg and Verona. Celebrating with the award on a very chilly Riga Airport apron are: Laura Audariņa, Route Development Manager; Elīna Prikule, Senior PR Specialist; Sarmīte Rinmane, Head of Communication Unit; and Gvido Dzērve, Senior PR Specialist. On 7 January, SriLankan Airlines operated its last A340-300 revenue flight, which operated from Chennai to Colombo. SriLankan, the first Asian airline to operate the four-engined A340 (according to the carrier), bid goodbye to the last of its A340s after more than two decades in service. The A340-300 (registered 4R-ADF to those interested) received a water arch salute as it arrived back to the Sri Lankan capital, with Suren Ratwatte, the carrier’s CEO, greeting the crew of the final flight. SriLankan introduced the A340 to its fleet on 1 September 1994 and over a period of 21 years, a total of seven A340s have served the airline, and were for many years the mainstay of its long-haul fleet. 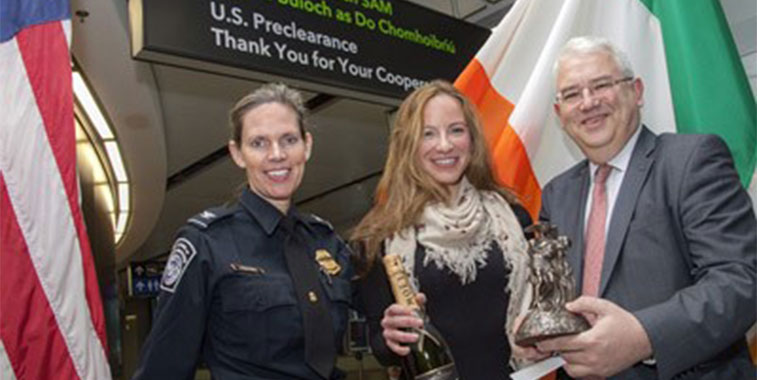 On 15 December, Dublin Airport celebrated the milestone of one million passengers using its US preclearance facility within one year. To celebrate, Vincent Harrison, Dublin Airport MD, presented the one millionth passenger, Philamena Linton, with a bottle of champagne before her Delta Air Lines flight to New York JFK. The facility, which opened in 2010, now pre-clears up to 20 flights per day to 10 destinations in the US according to Dublin Airport. Harrison said about the facility: “Preclearance enables passengers to save time on arrival in the US by completing all the necessary immigration and customs checks prior to departure. After landing, precleared passengers pass through the airport in the US as if they were on a domestic flight—they just head for the door. The only line passengers may find after arriving in the US is for the taxi to get to their final destination.” 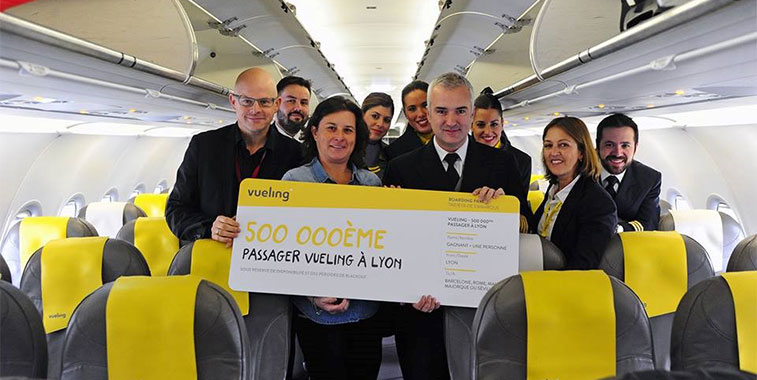 On 1 December, Vueling celebrated passing 500,000 passengers from Lyon Airport on its year-round services to Barcelona and Rome Fiumicino, as well as the carrier’s seasonal routes from the French city to Malaga, Palma de Mallorca and Seville. On hand to welcome the lucky 500,000th passenger were the crew and ground representatives of Vueling as well as David Thompson (far left), Head of Route Development, Lyon Airport.