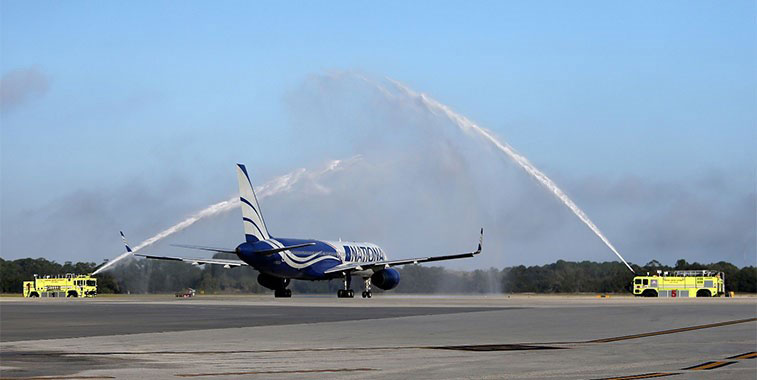 Nestled in the north-east of the Caribbean, Puerto Rico is a US territory with a population of 3.4 million people based on a 2015 estimate by the US Census Bureau. The capital city is San Juan, which including its urban area, is home to roughly 2.4 million people. According to the Puerto Rico Tourism Company, the US is where most of the visitors to the island come from, with Europe second. The breakdown of the European visitor market is as follows according to the group: UK (18%), Spain (18%), Germany (16%), France (10%) and Italy (7%). Countries served by the Lufthansa Group take up 10% (Belgium – Brussels Airlines, Switzerland – SWISS, and Austrian – Austrian Airlines), none of which serve Puerto Rico directly, while the remainder of countries in Europe make up the final 21%. Puerto Rico is the third largest country market in the Caribbean in terms of monthly seats after the Dominican Republic and Cuba. Overall it accounts for 13% of all monthly seat capacity within the region based on OAG Schedules Analyser data for January 2016, up 1.2% when compared to the same time period in 2015. However, Puerto Rico has dropped from being the second largest market last year, a result of seat capacity to Cuba rising by 15%, while Puerto Rico’s has only risen by around 13%. In total there are eight commercial airports that serve Puerto Rico, with San Juan (also known as Luis Muñoz Marín) being the largest. The other airports are: Aguadilla, Ponce, San Juan (Fernando Luis Ribas Dominicci), Vieques and Mayagüez, while Ceiba and Culebra airports are also seeing inter-island services. Only San Juan, Aguadilla and Ponce airports welcome international services to destinations outside of the Caribbean. 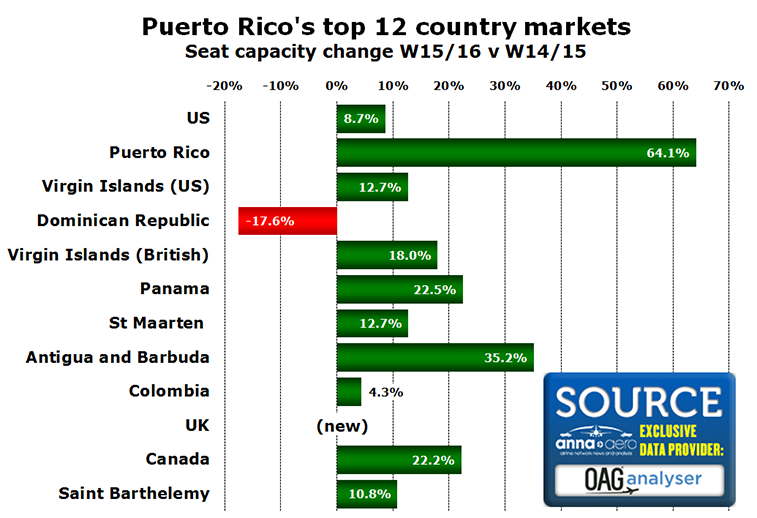 After Norwegian introduced a twice-weekly service to San Juan from London Gatwick on 4 November, the UK has jumped straight into the top 12 country markets at tenth position. The route is served by the LCC’s 787-8s, with Norwegian being the first Dreamliner operator to Puerto Rico. The UK was last served with an indirect service in 2013, when British Airways ended its weekly London Gatwick-Antigua-San Juan route on 30 March of that year. As well as its Gatwick service, Norwegian has also launched routes from its Copenhagen, Stockholm Arlanda and Oslo Gardermoen hubs to San Juan, allowing Denmark, Sweden and Norway to bring the total number of country markets served from Puerto Rico to 23. The fifth new country market to join the array of nations served directly is Mexico with Volaris, which commenced a twice-weekly service to San Juan from Cancún on 2 July 2015. Of the existing country markets, the US remains number one after seeing a rise in capacity of 8.7%, with the domestic market of Puerto Rico recording the biggest increase of 64%. Looking at decreases, the market of the Dominican Republic is down just under 18% when compared to last year. 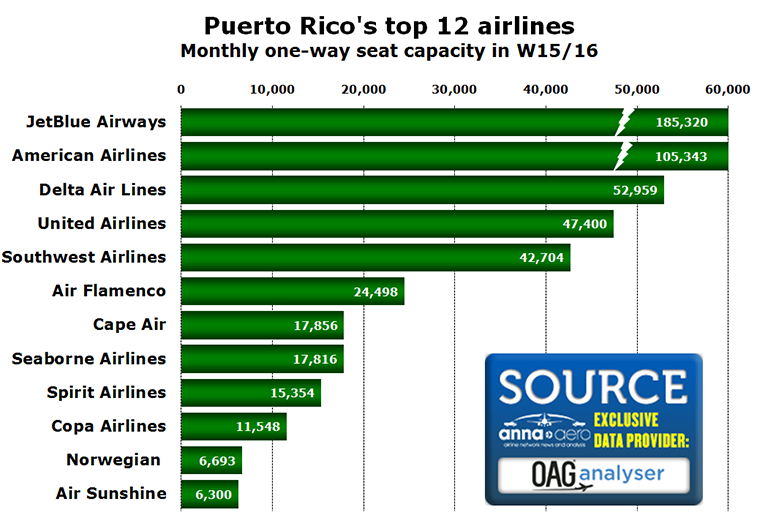 Although the North American carrier only recorded a growth in monthly seat capacity over the past 12 months of 2.9%, JetBlue Airways remains the number one airline operating in Puerto Rico. In total, the carrier operates 13 routes between the US and Puerto Rico, with the busiest being the link from New York JFK to San Juan. In total, JetBlue Airways serves three airports in Puerto Rico including San Juan (nine routes), Aguadilla and Ponce (two routes each to both New York JFK and Orlando). Of the top 12 carriers, American Airlines has seen the biggest increase in seat capacity (39%), helped by the finalisation of the merger with US Airways which has contributed to this figure. Excluding the oneworld member from the picture, the carrier which has incurred the biggest natural growth is United Airlines, with the Star Alliance member recording an increase in seats of 32%. Two airlines within the top 12 which have recorded a decline in capacity are Southwest Airlines and Cape Air, which are down 2.9% and 12% respectively. Outside of the top 12, one new carrier to the island is National Airlines (18th largest), which on 16 December inaugurated twice-weekly services to San Juan from Orlando Sanford. After commencing services to Puerto Rico in July, Volaris becomes the nation’s 20th largest carrier, placing behind WestJet. In total, 25 airlines serve Puerto Rico this winter.

Iberia to return for summer 16

On 16 November, Spanish national carrier Iberia announced that from 15 May it would re-introduce services to San Juan from its Madrid hub starting with a thrice-weekly service, with flights on Mondays, Wednesdays and Saturdays. The return of the oneworld member to San Juan means the end of a near three-year hiatus, after the airline ended services in S13 according to OAG Schedules Analyser. The city pair will be flown by the oneworld member’s A330-200s (it took delivery of its first one in December) which will feature the airline’s newest economy and business class cabins. Air Europa also serves the same city pair.

Puerto Rico is home to this year’s Routes Americas conference which will be taking place 17 – 19 of February in San Juan. In its ninth consecutive year, Routes Americas is expected to welcome over 700 Aviation professionals with 80 airline and 280 airport delegates expected to attend. 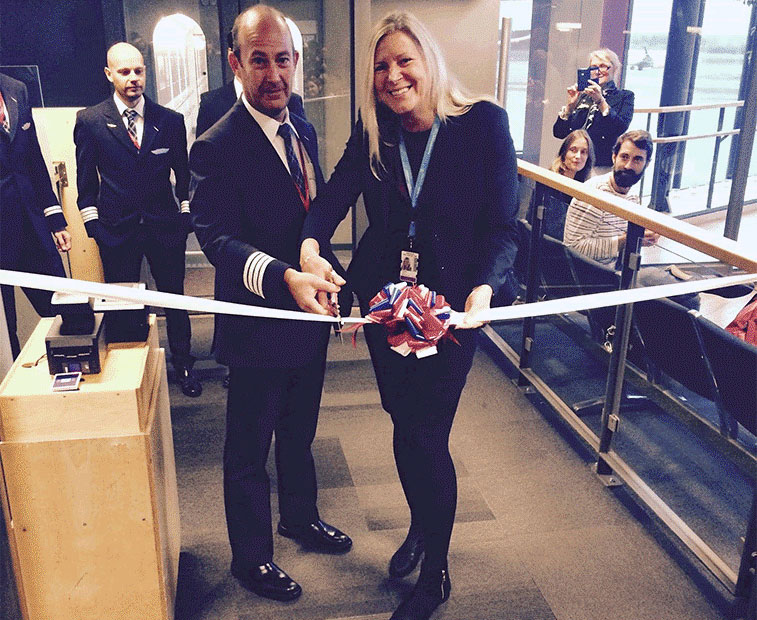