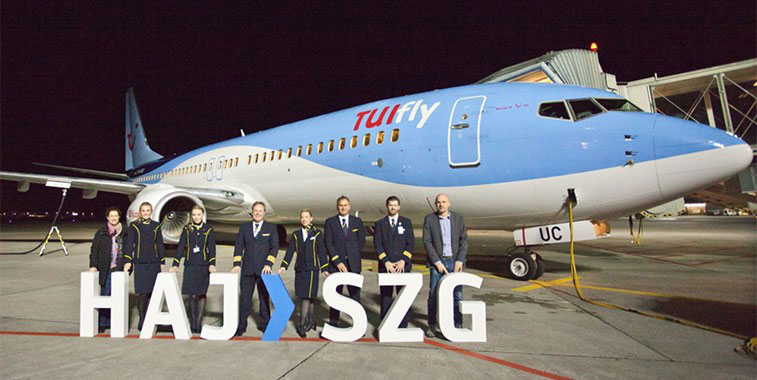 TUIfly launched twice-weekly (Mondays and Saturdays) services from Hannover to Salzburg on 19 December ‒ the 570-kilometre route will be flown by the airline’s 189-seat 737-800s. The airline’s home base in Germany remains its second most important airport in the W15/16 and S16 operational seasons – behind Gran Canaria and Palma de Mallorca respectively.

In the summer of 2007, Hapag-Lloyd Express (HLX) and Hapagfly merged to form TUIfly. The airline is a wholly-owned enterprise of the TUI Group, the world’s leading tourism group with its headquarters in Hannover. TUIfly flies to 16 countries in holiday destinations all around the Mediterranean, the Canary and Cape Verde Islands, Madeira and Egypt. When consulting the airline’s latest fleet information on ch.aviation.com, TUIfly has six 737-700s (all of which are operated for airberlin), 32 737-800s (eight of which are also flown on behalf of airberlin) and two 767-300s (one each operated on behalf of Condor and Eurowings). According to S16 schedules available from OAG, the airline will operate from 37 airports this summer, significantly more than the 26 offered this week during W15/16, a fact which clearly illustrates TUIfly’s seasonality issues like many other similar operators in this market, and probably helps explain why 40% of its aircraft fly for someone else. 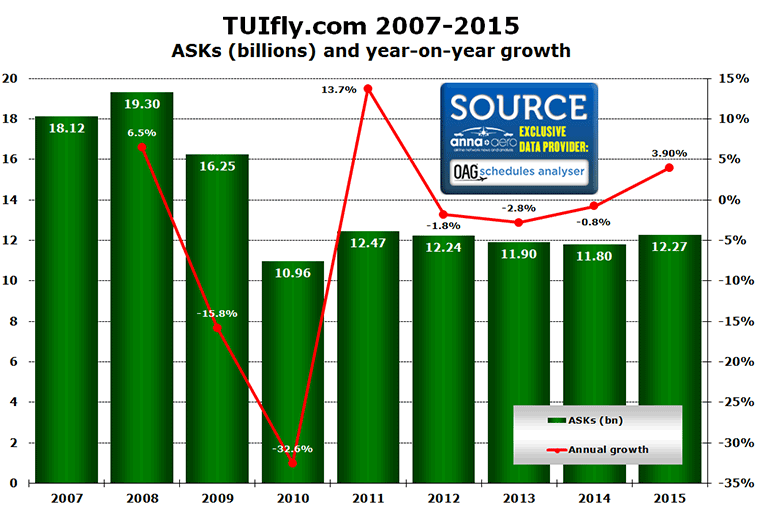 After two years of drastic capacity cuts between 2008-2009 and 2009-2010, for the last five years the airline has consolidated its level of annual ASKs at around 12 billion. With 3.9% growth of this metric recorded between 2014 and 2015, early indications for 2016 would appear to be also positive for TUIfly, as the airline has already filed schedules with OAG for the year of 12.73 billion, which at this early stage would seem to show a similar level of annual growth at 3.7%.

Hannover the most important base year-round

Although positioned as the #2 airport in both W15/16 and S16 seasons, TUIfly’s home base of Hannover is the carrier’s most important year-round airport. In terms of the overall German airport rankings Stuttgart and Frankfurt fill second or third spot depending on the season, trailed by Munich, Düsseldorf and Cologne Bonn. While destinations in the Canary Islands are the most vital in winter – Gran Canaria, Fuerteventura and Tenerife South ‒ they are superseded in the summer months by Palma de Mallorca, Heraklion and Antalya.

The airline’s top 12 airports in W15/16 currently command 86% of weekly seats, offering 40,797 of the 47,376 seats available. Analysing OAG schedules for the week commencing 8 August 2016, the top 12 airports are less dominant in the summer, with only a 71% share of total seats. When looking at the same winter season week in 2015, the airline has increased its capacity this year by 5.5%, up from 44,895 weekly seats. Undertaking the same review on summer seats in August last year versus those available in S16, TUIfly is currently adding less than 1% more capacity this summer.

Spain is #1 for TUIfly

While the majority of TUIfly’s outbound capacity is allocated to its home market of Germany, the airline also flies from bases in Austria and Switzerland. For S16 it will fly to Rhodes, Heraklion and Kos from Vienna in Austria, as well as Fuerteventura, Gran Canaria and Palma de Mallorca from Basel in Switzerland, according to OAG schedules. Spain, which includes the Canary Islands of course, maintains its year-round appeal to the airline and is unsurprisingly the biggest destination market, although its W15/16 share of overall capacity is almost twice that during S16. 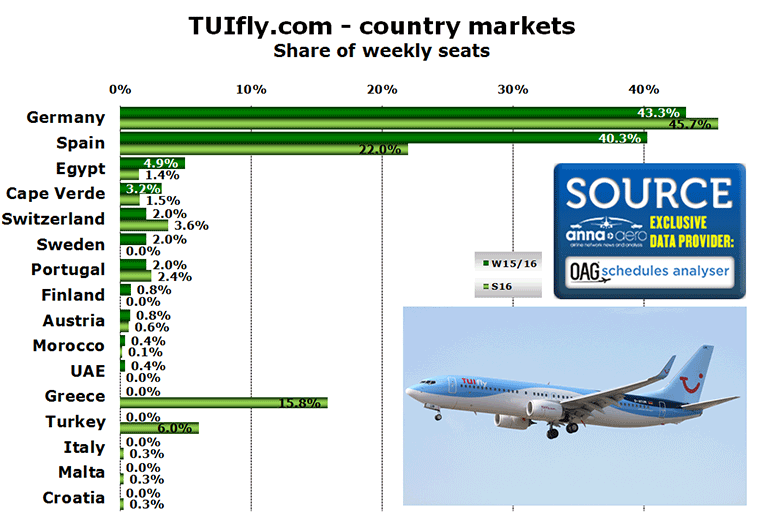 Looking ahead to S16, and consulting anna.aero’s New Route Database, TUIfly has several new routes in planning: Stuttgart to Brinidisi (launching 13 May); Munich to Ibiza (14 May); and Hannover to Patras in Greece (27 May). 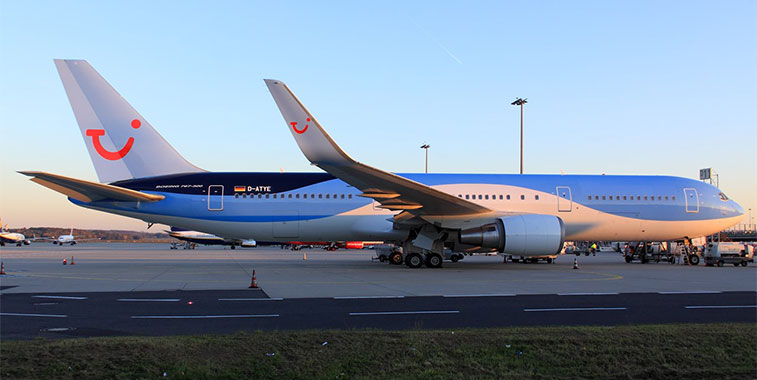