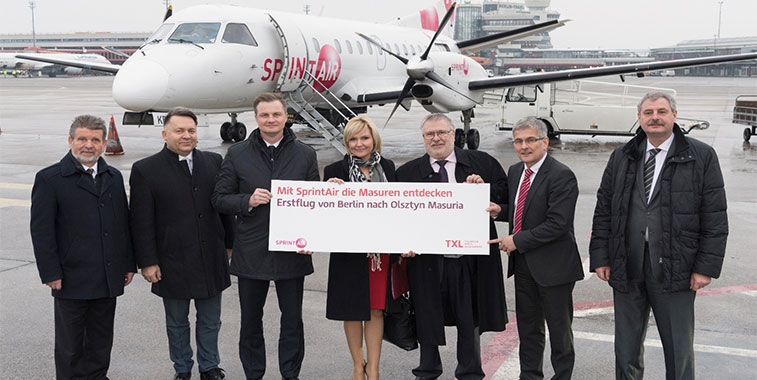 Polish and German guests from politics, business and the media helped to mark the start of SprintAir services from Olsztyn-Mazury to Berlin Tegel, which began on 21 January, including: Alex Lubawinski, a member of the Berlin House of Representatives; Zbigniew Pietrzak, Marcin Kuchciński and Wioletta Śląska-zysk, all representatives of Warmia and Mazury; Rainer Bretschneider, State and airport coordinator Landes Brandenburg; Elmar Kleinert, Head of Operations Berlin Brandenburg Airport; and Krzysztof Pawlowski, Head of Commercial Olsztyn-Mazury Airport. All arriving and departing passengers on the SprintAir inaugural flights between Olsztyn-Mazury and Krakow on 22 January were given a set of gifts from both airports. The domestic route is flown thrice-weekly by the regional airline’s 34-seat Saab 340s.