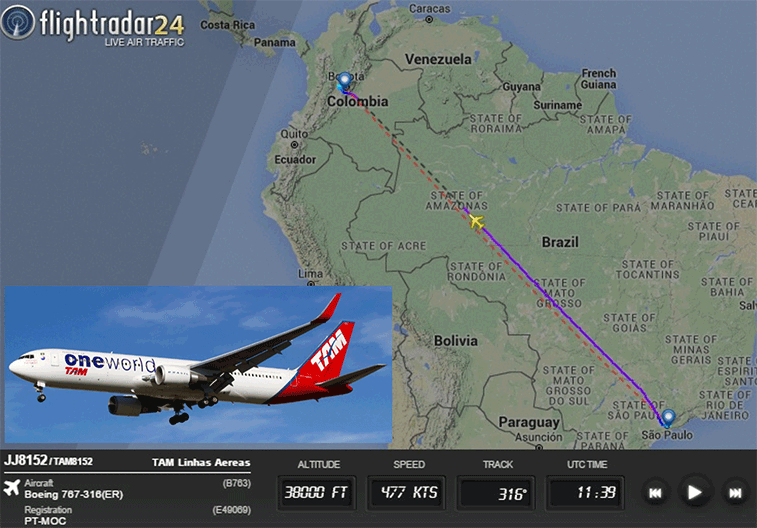 On 19 January, TAM Airlines inaugurated the 4,331-kilometre sector between Sao Paulo Guarulhos and Bogota. Flights will operate four times weekly with the oneworld member using its 767-300s on the city link. The first flight was operated by PT-MOC according to Flightradar24.com, which sports the oneworld livery.