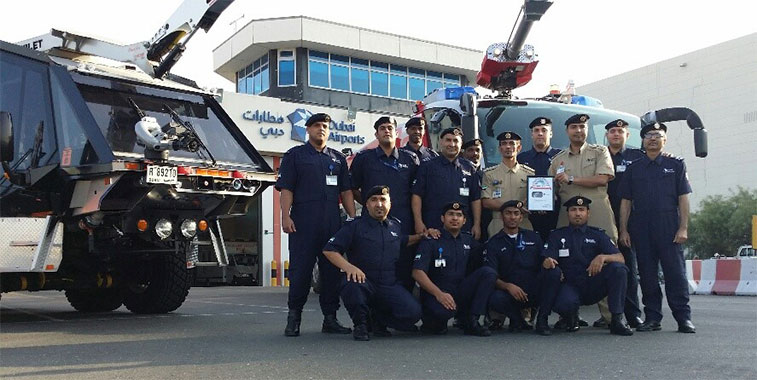 Dubai Airport’s Red Watch Crew won the Arch of Triumph contest last week with its FTWA for the new China Southern Airlines service from Wuhan. The winners were pictured with Watch Managers Ahmed AlBalooshi and Mansour Abdollahi who collected the award on behalf of the crew.

You can almost imagine the grief being meted out by the firefighters at Dubai Al Maktoum (DWC) to their colleagues down the road at the ‘main’ airport – Dubai (DXB) ‒ as the former, smaller airport had secured two Arch of Triumph victories in the competition’s three-year history, while the world’s busiest international airport was yet to notch a win. To some extent mouths will have been shut and tongues will have stopped wagging at DWC as a result of DXB’s win, ending the MEB3 mega hub’s dry spell. Talking of FTWA droughts, not only did Europe’s airports finally make an appearance this week in the 2016 competition, but Montpellier also secured the region’s first win too. So far this year, there have been three different regions taking home the weekly title – Australasia, Middle East and Europe. This is the same result as the matching point in 2015, albeit with some different regions sharing the honours a year ago – North America, South America and Europe. Keep Monitoring!! 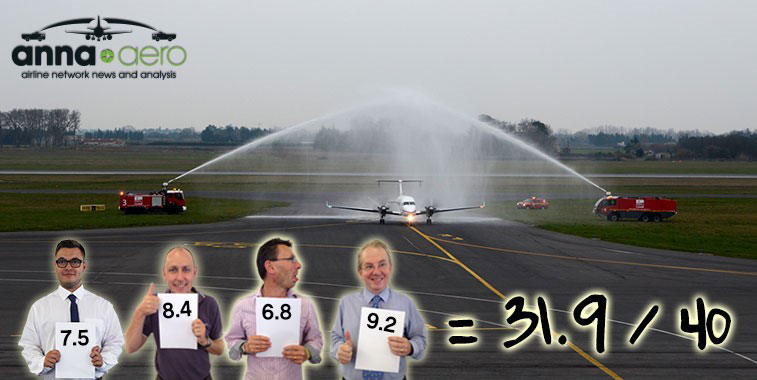 A hilly FTWA for a hilly French city…

Judge’s Comments: For those of you that are lax in your French Mediterranean city topography, Montpellier is built on two hills, called Montpellier and Montpelliéret. The geographical fact is clearly on display here, with this FTWA from the French city…with the majestic Montpellier peak depicted by the left half of the FTWA…and serene Montpelliéret summit on the right…what do you mean you can’t see that…? 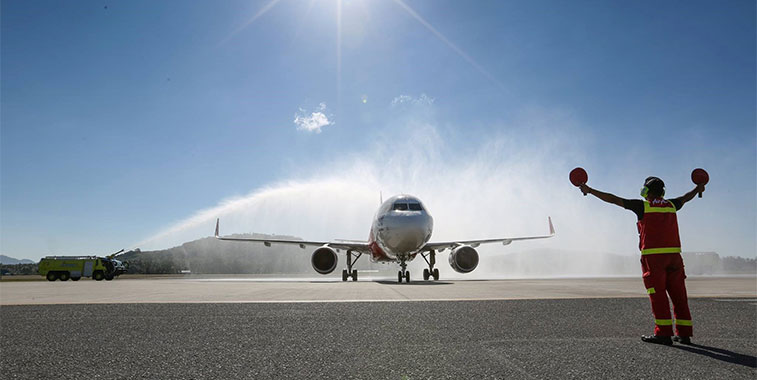 Judge’s Comments: The Frigimat Junior Dry Ice Maker is available for a very reasonable £150 online, or alternatively if budgets are tight, you could go for a used Mister Cool Low Fog Machine for just £89. If money is no object you could travel to Langkawi Airport where they appear to have a fire tender that can do the same for you…the choice is yours…