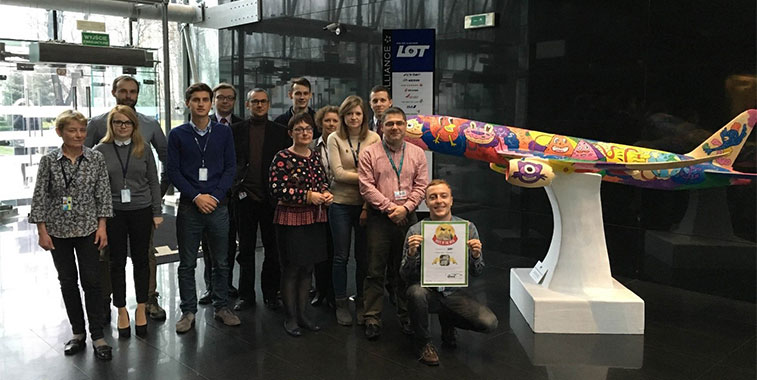 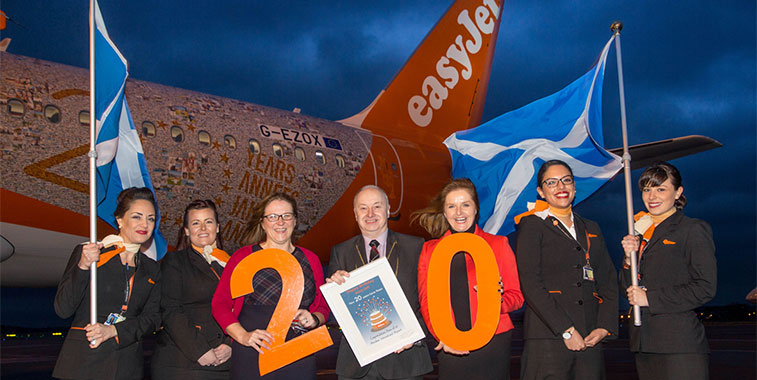 On 26 January, easyJet celebrated its 20-year anniversary of services to Aberdeen Airport. Pictured celebrating the achievement at the Scottish airport are: Carol Benzie, MD of Aberdeen Airport; George Adam, Lord Provost of Aberdeen; Ali Gayward, UK Commercial Manager, easyJet; as well four easyJet crew members. On 26 January 1996, easyJet’s first flight landed into Aberdeen from London Luton. Since then, the UK’s largest LCC has carried over 3.1 million passengers from Aberdeen on over 27,000 flights. Benzie commented on the achievement by saying: “easyJet has gone from strength-to-strength since it flew its first flight into Aberdeen 20 years ago. The Aberdeen to Luton route, as well as the airline’s Gatwick service, continues to be hugely important for our passengers – both for leisure and for business.” The carrier also operates a winter seasonal service to Geneva from Aberdeen. On 19 January, Singapore Airlines announced that it would commence services on a Singapore-Canberra-Wellington route. The Star Alliance member will initiate a four times weekly service on the sector from September, utilising its 777-200s. Shaking hands on the deal (as well as signing the contract) in Wellington were: Deputy Mayor, Justin Lester; Singapore Airlines EVP Commercial, Mak Swee Wah; and Wellington Airport CEO, Steve Sanderson. Singapore Airlines will become the only carrier to offer a direct flight between the Australian and New Zealand capitals. 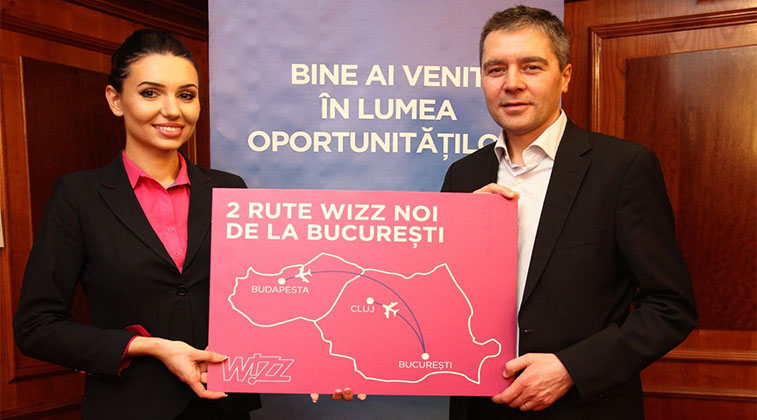 On 20 January, Wizz Air announced two new routes from Bucharest to Cluj-Napoca and Budapest. Services on the domestic link to Cluj-Napoca will begin on 22 July with a six times weekly schedule, while services to the Hungarian capital will commence on 19 September operating four times weekly. Later announced on 25 January, the airline confirmed that it would link the Romanian capital with Lisbon, initially offering twice-weekly flights from 22 May. As well as these services announced this week, the ULCC will also add connections this year from Bucharest to Birmingham, Lübeck and Maastricht, as well as resuming services to Pescara in Italy. 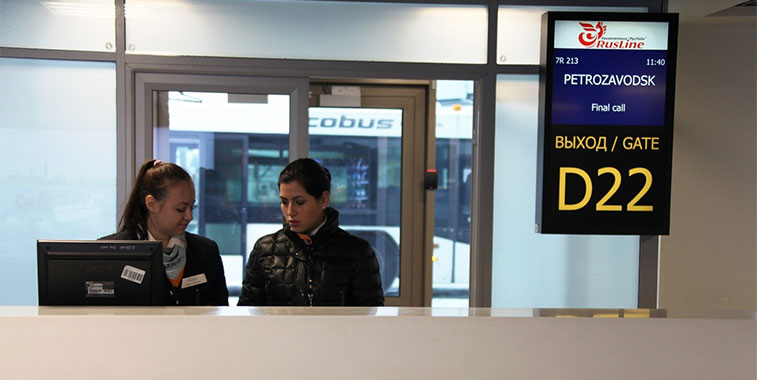 On 17 January, RusLine commenced services from St. Petersburg to Petrozavodsk, the capital city of the Karelia region in Russia. Services will be operated thrice-weekly on Tuesdays, Thursdays and Sundays, with the carrier using its 50-seater CRJ 200s on the route. The last carrier to operate this route was Pskovavia, an airline which is based at Pskov Airport. 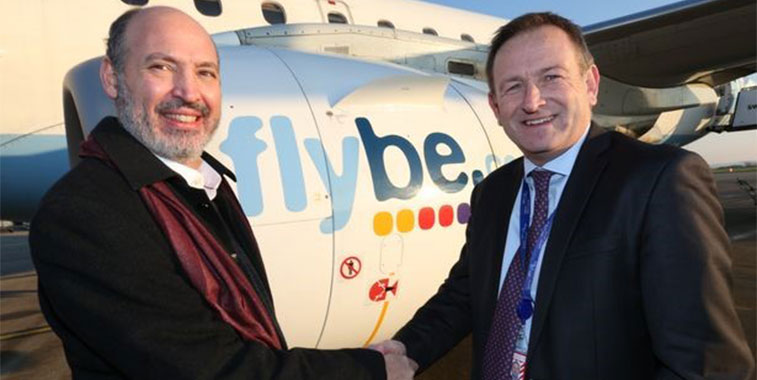 On 21 January, Flybe announced a new UK domestic route from Liverpool to Newquay. The weekly route will place Cornwall within 75 minutes of Liverpool, compared to a six hour drive. Newquay becomes the fifth route from Liverpool for Flybe, joining services to Amsterdam, Belfast City, Edinburgh and the Isle of Man. Sealing the deal on the new route in Liverpool are Saad Hammad, Flybe CEO, and Andrew Cornish, Liverpool Airport CEO. 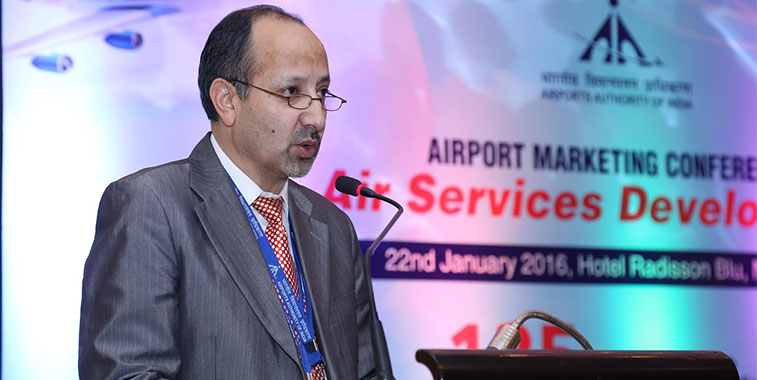 On 22 January, the first ‘Airport Marketing Conference on Air Services Development’ took place in Delhi. Set up by Airports Authority of India, the key focus of the conference was to attract various stakeholders to come up/out with new ideas on air service development to allow for improved air connectivity to be delivered to India. Seen speaking at the conference is Tariq Butt, Head of Airport Marketing, Airports Authority of India. Another person to address the conference was Union Minister of Civil Aviation, Shri P. Ashok Gajapathi Raju, who said: “Along with growth of air passenger traffic, growth of air cargo traffic also needs to be given due importance.” The Minister also added that there is a need to plan for the future while deriving inspiration from the past. 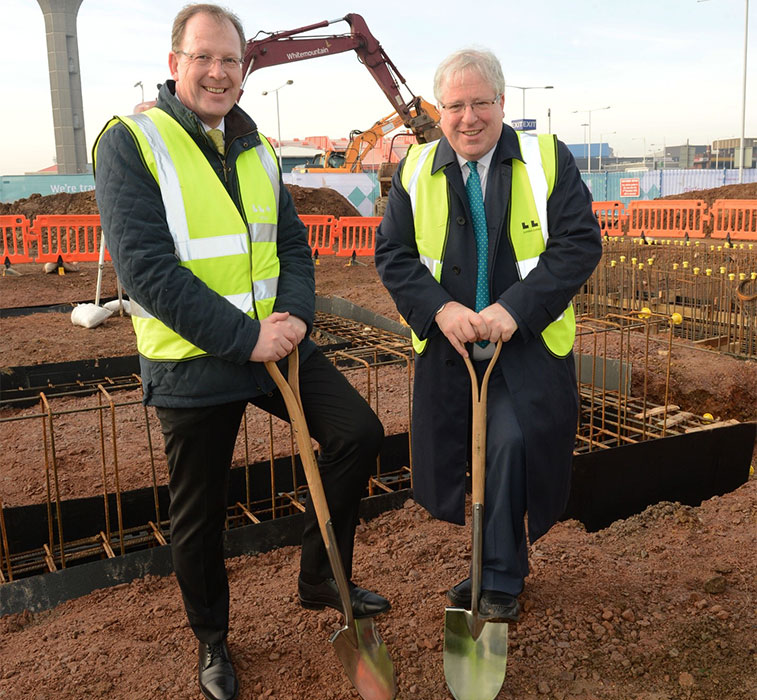 On 21 January, Nick Barton, CEO London Luton Airport, and Patrick McLoughlin MP, Secretary of State for Transport, officially broke ground on the redevelopment of the passenger terminal at London Luton. McLoughlin commented at the ceremony by saying: “The transformation of London Luton Airport is adding to the UK’s reputation for world class aviation infrastructure. Not only will its development help to meet demand for aviation but will also create thousands of jobs.” The transformation of the airport will increase annual capacity at the facility by 50% from 12 million to 18 million passengers per annum by 2020. 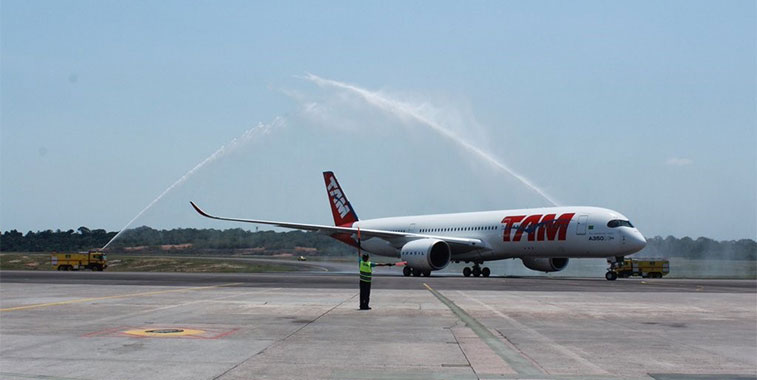 On 25 January, TAM Airlines inaugurated commercial A350 services from Sao Paulo Guarulhos to Manaus, with the latter airport welcoming the aircraft with a traditional water arch salute. TAM Airlines VP of Operations & Maintenance, Ruy Amparo said: “Over the coming weeks, our customers will enjoy the unique opportunity to fly aboard the A350 on a domestic route in Brazil. Our employees will take the opportunity to get to know the new model better on domestic services before the type is then utilised on routes to the US and Spain later in the year.” On 25 January, Alaska Airlines unveiled its new livery, the first major brand change for the carrier in over 25 years. The Seattle-based carrier said the refreshed brand will be featured throughout the airport experience, on all digital channels, in marketing material and across the carrier’s entire fleet. Alaska Airlines CEO Brad Tilden said: “We believe our refreshed look reflects the warm relationships our employees have built with our customers, and makes us stand out in a compelling and consistent way as we expand into new markets, build loyalty and attract new customers.” 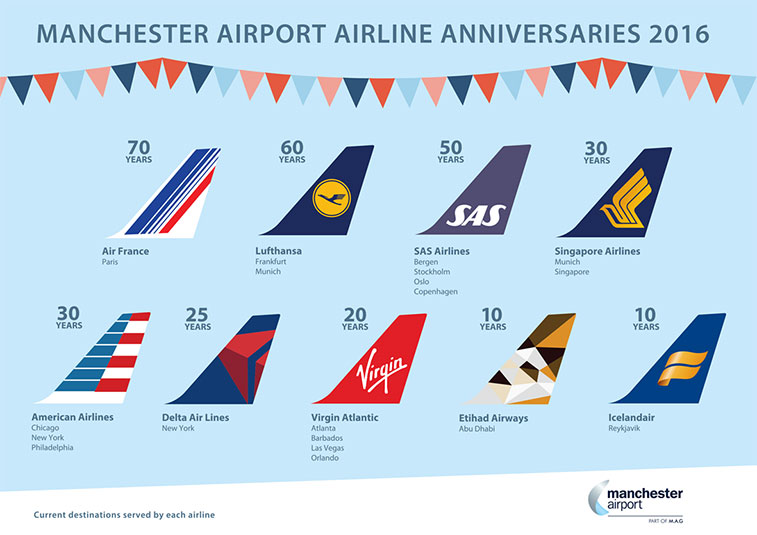