easyJet leans into Pisa from Geneva 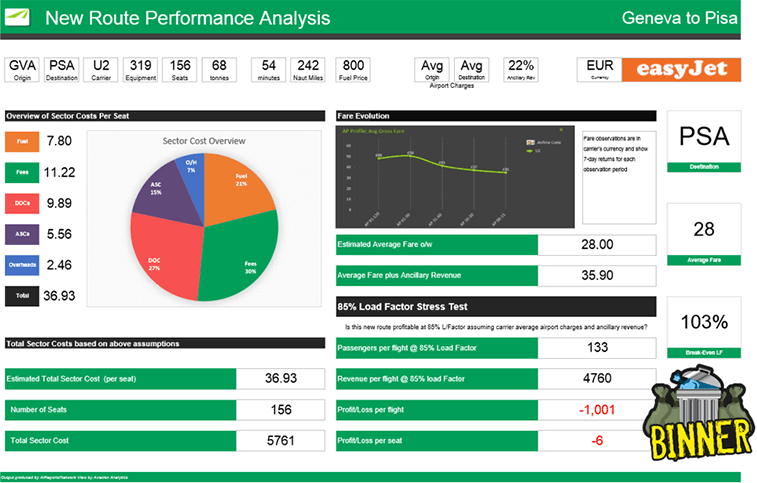 Continuing a new feature launched earlier this year on anna.aero ‒ Winner, Sinner or Binner ‒ we are looking at one new service in detail this week to try and understand whether this route is destined for success (Winnner), will need a bit more clever revenue management (Sinner) or is doomed to hit the new route rubbish heap (Binner) in a matter of months. Using fare data from the airline’s website, and taking an average of all observations gathered until the point of departure, the new route performance analysis on easyJet’s new route from Geneva to Pisa (launched 1 February) unfortunately makes it a Binner so far, as it is currently making an estimated loss per seat of six euros, based on a 85% load factor stress test. Thanks to our data partners Aviation Analytics for this performance analysis.