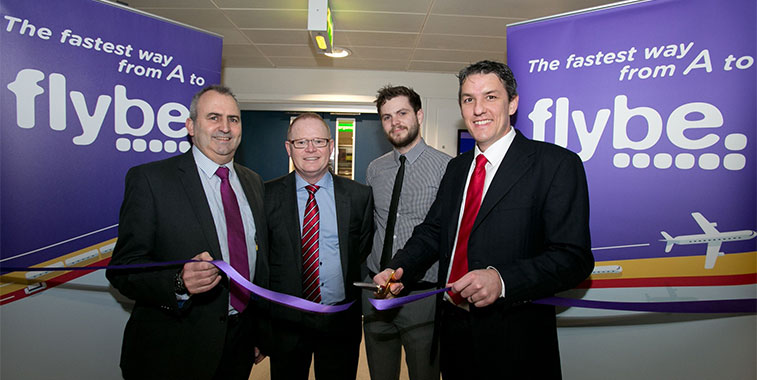 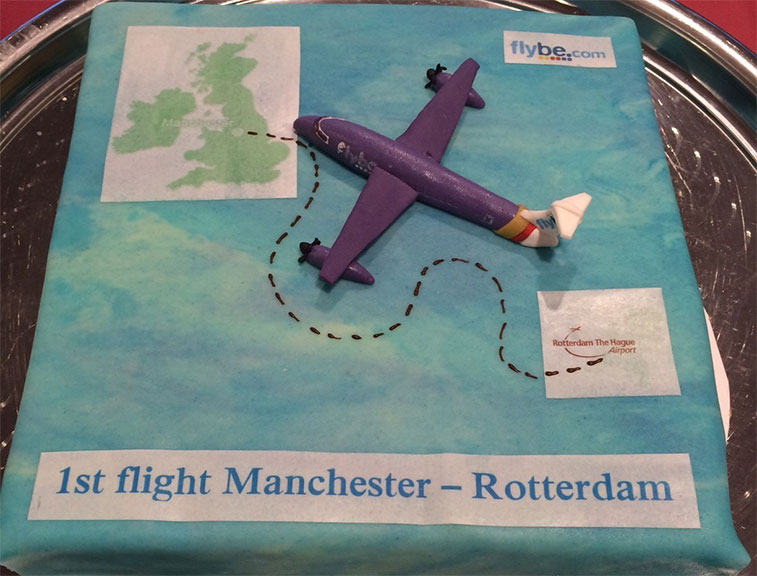 At the Dutch end of the new sector, this fantastic cake, complete with a purple Q400, was used to mark the start of this 476-kilometre 12 times weekly route.