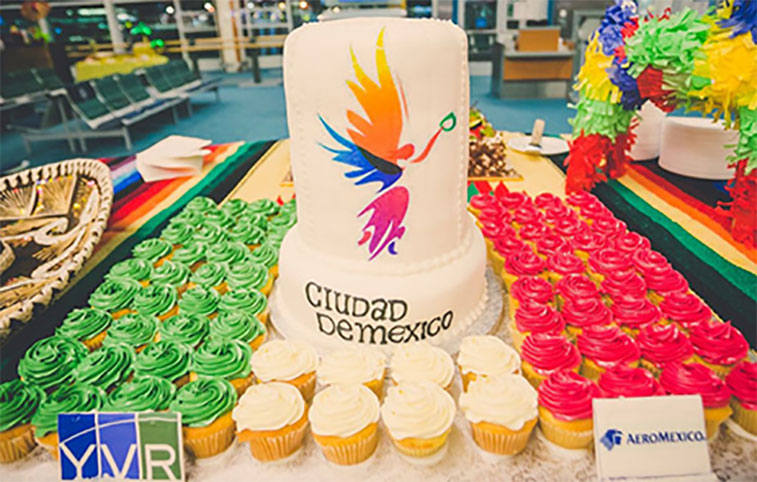 On 9 December, Aeromexico made Vancouver its latest international destination by launching a daily service to the Canadian gateway from its Mexico City hub. During 2015, the SkyTeam member’s international traffic grew by 15% when compared to 2014.

Aeromexico is the national airline of one Mexico. The airline’s largest hub is Mexico City, with a secondary hub at Monterrey. The SkyTeam member has over 60 aircraft in its fleet, with many of its new aircraft being 787-8s and 787-9s to help grow the airline’s international network. The carrier is currently the largest airline to operate from Mexico, with the carrier occupying 38% of overall one-way seat capacity from the nation based on OAG Schedules Analyser data for February 2016. 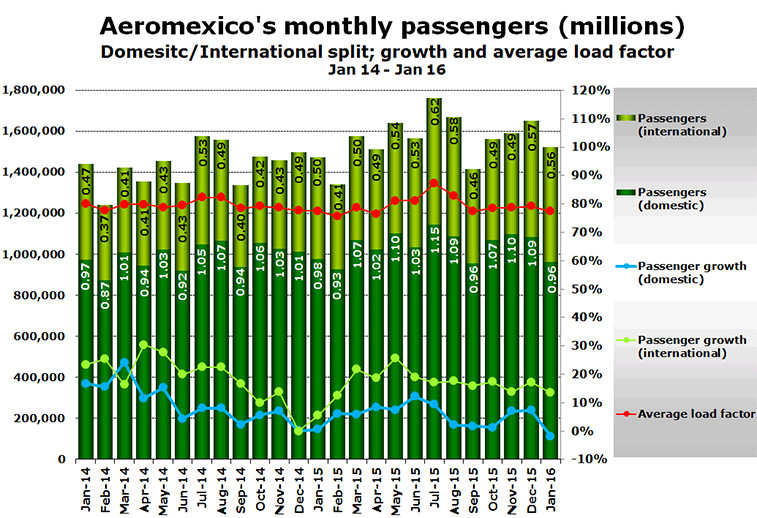 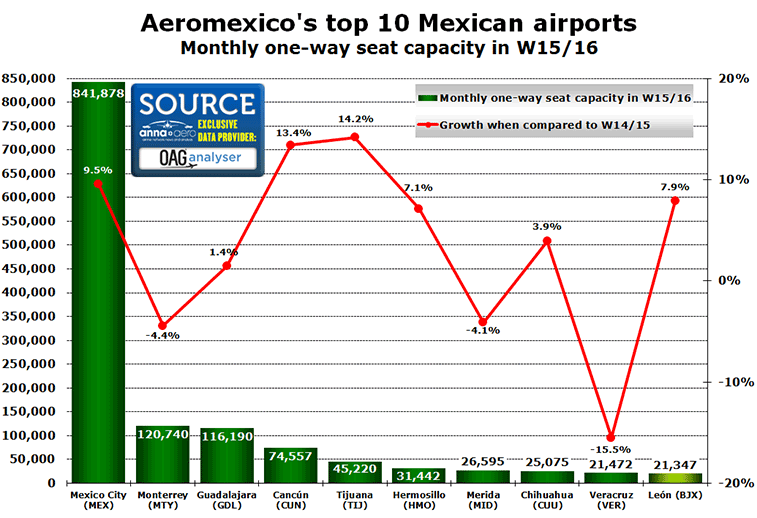 After recording a growth in capacity of 9.5% in W15/16 when compared to W14/15, Mexico City remains the number one airport for Aeromexico in its home country and indeed its whole network. Of the SkyTeam member’s top 10 airports within Mexico, one is a new addition to the party. León Airport, situated in Guanajuato State, has become the tenth largest airport for Aeromexico operations in Mexico. This comes after the facility recorded an increase in seat capacity by the carrier of 7.9%. The airport which León has replaced in the top 10 is Villahermosa, an airport which has seen its Aeromexico seat capacity decrease by 43%.

In regards to the full Aeromexico network, this winter it serves a total of 85 airports, up five from W14/15 according to OAG Schedules Analyser data. The carrier’s main hub at Mexico City commands 42% of seat capacity, with the number one international airport, Los Angeles (sixth largest airport overall), commanding 2.2% of seats. The latest international route that Aeromexico launched was the 3,941-kilometre sector from its number one airport to Vancouver. The SkyTeam member currently serves the Canadian facility with a daily flight. The next big international route that will be launched by Aeromexico from Mexico City is Amsterdam, with the airline using its 787s on the 9,201-kilometre sector and operating alongside fellow SkyTeam carrier KLM. 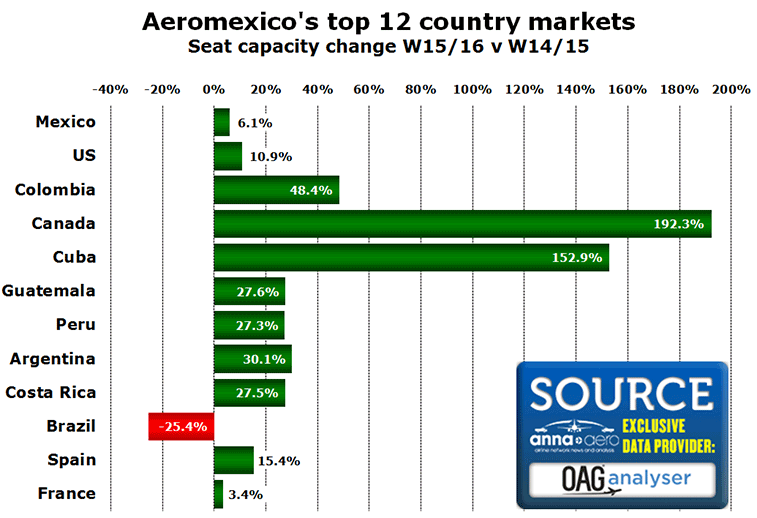 After recording growth in capacity of just over/under 192% and 153% respectively, the markets of Canada and Cuba have climbed the market position table. In W14/15, Canada placed in eleventh while Cuba was situated in tenth. Canada’s growth stems from Aeromexico launching a daily service to Vancouver, while also increasing its presence at Toronto Pearson and Calgary airports. Cuba has seen growth due to the carrier doubling capacity on its route from Mexico City to Havana, while the Cuban capital has also seen an increase in flights to Cancún by Aeromexico. The reason that Brazil has seen a decrease in traffic is due to Aeromexico no longer operating services from its number one airport to Rio de Janeiro Galeao. This means that Sao Paulo Guarulhos is now the only airport in Brazil served by the SkyTeam member. Outside of the top 12, Aeromexico serves a further 10 country markets. Of those, the number one market to witness growth is China in 18th, which has seen its seat capacity grow by just over 44%. Other countries to report double-digit growth are the UK (14th: 40%); Ecuador (15th: 16%); Nicaragua (19th: 37%); and Venezuela (21st: 20%). As it did last year, the Mexican domestic market (grown 6.1% in the past 12 months) remains number one for Aeromexico, with the market holding 83% of the carrier’s overall seat capacity this W15/16, even with the larger growth in international traffic. 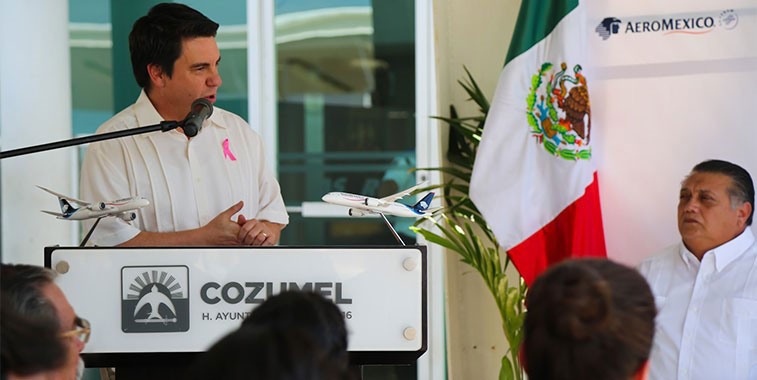 Aeromexico on 1 October launched domestic services from Mexico City to Cozumel. The Mexico domestic market for the country’s national carrier has grown by 6.1% during the past 12 months, with the launch of Cozumel services helping to contribute to this growth.