On 1 February, easyJet opened base #27 at Venice Marco Polo Airport in Italy. The LCC will base four A319s at the facility. Carolyn McCall, CEO of easyJet and Frances Ouseley, easyJet’s Italy Director, celebrated this important milestone in the airline’s Italian expansion during a ceremony attended by the President of Marco Polo Airport, Enrico Marchi. The airline also unveiled an aircraft with a special livery featuring one of Venice’s iconic gondolas that will help promote the city across the 32 countries easyJet serves. Commenting on the base’s opening in Venice, McCall said: “I am delighted to be opening our new base at Venice Marco Polo Airport today alongside Mr. Enrico Marchi. easyJet started operations here in 1998, and since then it has invested greatly in Venice carrying over 12 million passengers, and becoming the largest airline by far with a current market share of 24%.” anna.aero respectfully points out that those flights to Venice in 1998 were actually operated by Go, which easyJet did not acquire until 2002. 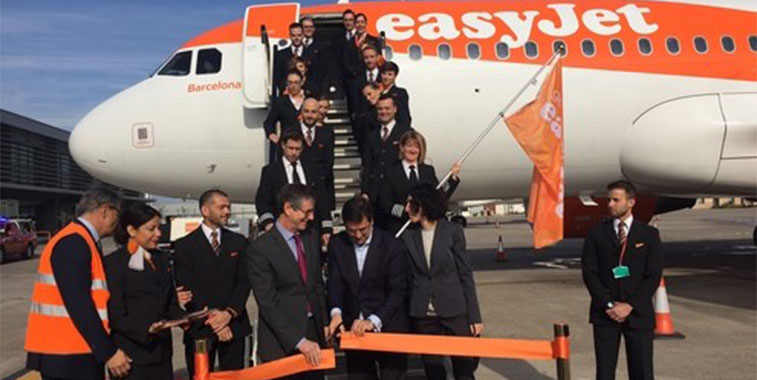 Following on from its Venice base opening two days earlier, on 3 February, easyJet opened base #28 in Barcelona. The latest hub on the airline’s European network was officially opened by Javier Gandara, easyJet’s Country Director for Spain, Portugal and the Netherlands, who celebrated the important milestone with Fernando Echegaray, Director of Spanish Airport Network, and Sonia Corrochano, Barcelona El Prat Airport CEO. The opening of the base in Barcelona, announced in June 2015, consolidates easyJet’s commitment to the city, a relationship which began 20 years ago with the landing of the first flight from London Luton. With three A320s based in the city, the airline will be able to offer an enhanced product with more destinations and choice for the three million passengers that use the carrier from Barcelona each year. 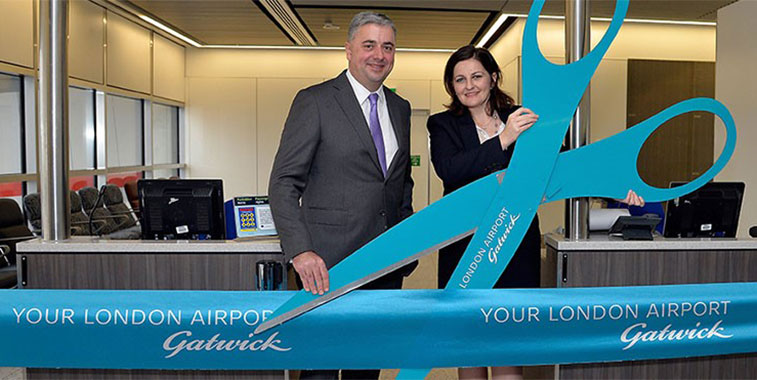 On 1 February, London Gatwick officially opened its new Pier 5, part of the airport’s €2.6 billion investment and a key milestone in the transformation of the facility’s North Terminal. Stewart Wingate, CEO, Gatwick Airport, and Caroline Ansell MP, officially opened the airport’s £80 million (€105m) Pier 5. “Since coming into private ownership six years ago, we have invested more than £1 billion (€1.3bn) in transforming and growing Gatwick and, to accommodate our growth, we are set to invest another £1 billion,” Wingate said. On 9 February, Thai AirAsia announced a new route starting on 24 March that will connect Bangkok Don Mueang to Luang Prabang. On hand to help announce the new service were: Bovornovadep Devakula, Director of Business Development for Thai AirAsia; Santisuk Klongchaiya, Director of Commercial for Thai AirAsia; Tassapon Bijleveld, CEO of Thai AirAsia; Kingphokeo Phomahaxay, Counselor, The Embassy of the Lao People’s Democratic Republic in Thailand; Amornthep Chawala, Senior Director of CIMB Thai Research; Khamly Philavong, Laotian Celebrity and Star of “Sabai Dee Luang Prabang”. Bijleveld stated that this latest route is one that AirAsia and its passengers have been waiting for and is also Thai AirAsia’s first doorway to Lao PDR. On 29 January, St Petersburg Airport in Russia announced its best airlines of 2015. Awards included Best Developing International Airline, which was given to Vueling, and Best Marketing Development which was awarded to Emirates. All winners received awards from the airport and gifts from event partners including Corinthia Hotel St. Petersburg, Aviasales – one of the biggest flight search engine websites in Russia, and the online social network for tourists and travellers, TourOut. 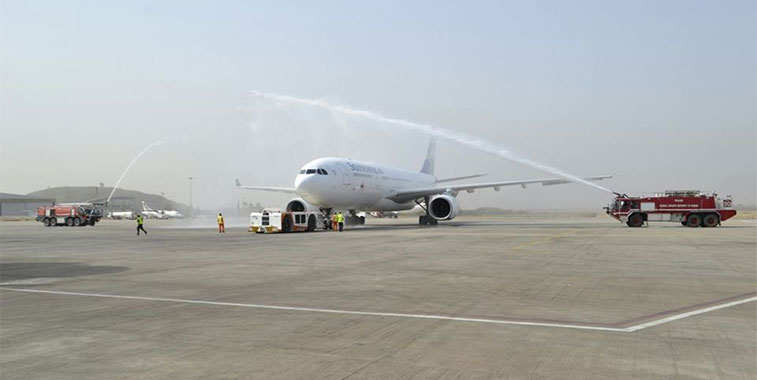 On 27 January, South African Airways launched its latest service from Johannesburg to Abuja in Nigeria, the carrier’s second destination in the nation after Lagos. The first flight was greeted into the Nigerian capital with a water arch salute. The Star Alliance member will operate the 4,514-kilometre sector thrice-weekly on Tuesdays, Fridays and Sundays using its A330-200 fleet. No other carriers compete on the sector according to OAG Schedules Analyser data.