Hamburg is base #80 for Ryanair; seven new routes in six countries with two based aircraft starting in November 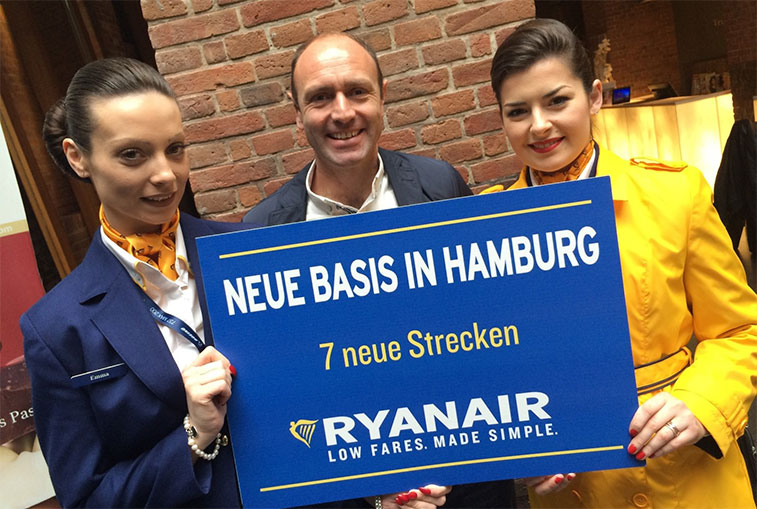 Kenny Jacobs has been a busy man travelling around Europe announcing new Ryanair routes and bases. Hamburg will be the airline’s 80th and eighth in Germany. The airline started serving Hamburg in October 2014 having previously served nearby Lübeck Airport from multiple bases since 2000.

Hot on the heels of announcing Nuremberg as its 79th base, Ryanair has revealed Hamburg as its 80th base. The northern German airport first became a Ryanair destination in October 2014 when the ULCC began service from its Portuguese bases in Lisbon and Porto. This was followed at the start of the W15/16 season by flights from four Spanish airports; Alicante, Barcelona, Madrid and Malaga. Another Spanish route from Palma de Mallorca is set to launch at the beginning of the S16 season.

From 1 November Ryanair will base two 737-800s in Hamburg and launch seven additional routes to Brussels, Dublin, Gran Canaria, London Stansted, Manchester, Milan/Bergamo and Sofia. Four of the routes have direct competition, while two (London and Milan) have significant indirect competition. Only Sofia is currently unserved.

Hamburg is already home to easyJet which made it its 24th base at the start of S14 and last summer served 26 destinations from the airport. It is also a major base for Germanwings/Eurowings, which flew non-stop to 47 destinations last summer. Two of Europe’s other major LCCs, Norwegian and Vueling, both also operate to Hamburg though Wizz Air, as yet, does not, preferring nearby Lübeck Airport. 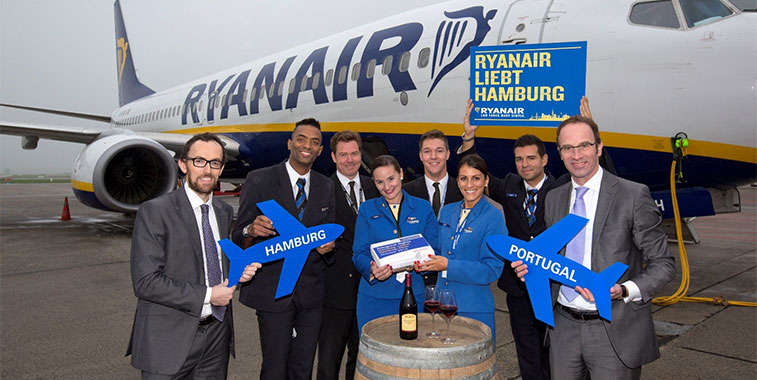 Ryanair’s first flights to Hamburg were in October 2014 when it introduced services from both of its Portuguese bases at Lisbon and Porto. Four Spanish routes were then added at the start of the W15/16 season.

For many years Ryanair had been content to serve the Hamburg market by operating to Lübeck Airport, located around 50 kilometres north-east of Hamburg. According to anna.aero’s archives Ryanair launched services to this airport from 18 bases between 2000 and 2013 before ending services at the facility in autumn 2014. Passenger numbers at the airport peaked in 2005 at 715,000 but have fallen significantly since with the future of the airport in some doubt. Wizz Air is currently the only carrier operating scheduled flights at the airport.

So where will base #81 be? anna.aero’s roving Romanian reporter Vlad Cristescu will be in Bucharest next week on 16 February, chatting to the airline’s CEO, the now seemingly media-shy Michael O’Leary. Perhaps he knows something? Whatever happens, you’ll be first to find out.