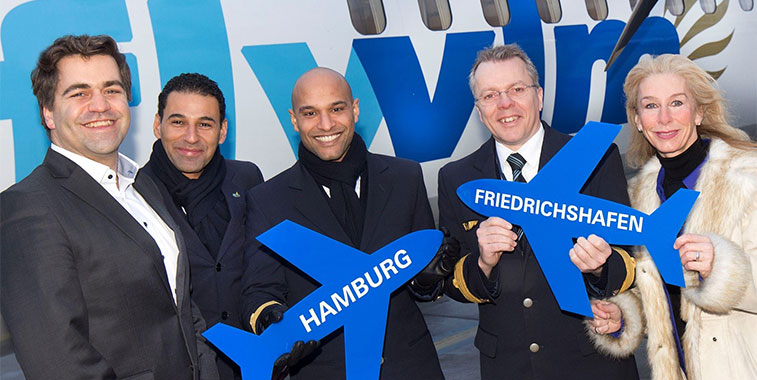 Hamburg Airport’s Robert Plitz (on left) and the VLM Airlines crew on the first flight from Friedrichshafen celebrate the start of the 11 times weekly service from Southern Germany which began on 15 February. 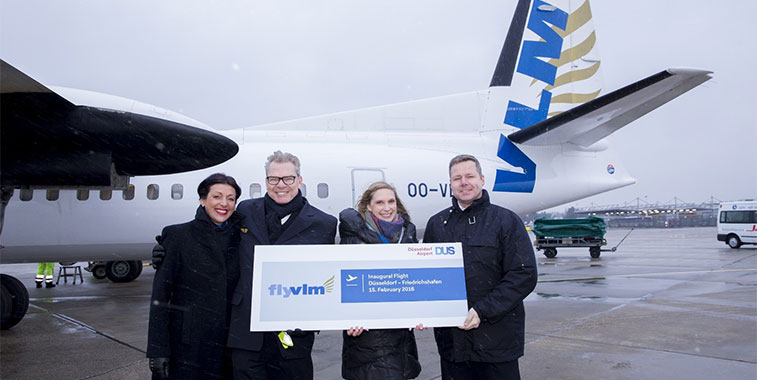 Düsseldorf Airport’s Christina Knicker (third from left) and the VLM Airlines crew on the first flight from Friedrichshafen mark the start of the 10 times weekly Fokker 50 operation which also began on 15 February. 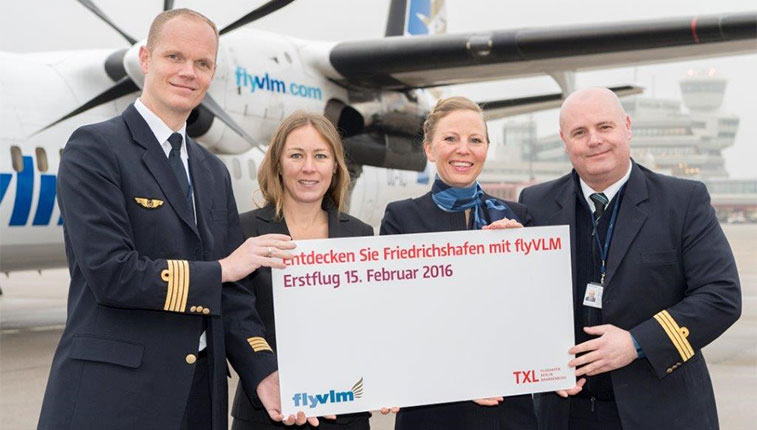 Ribbon-cutting and cake-cutting was the order of the day at Cologne Bonn Airport on Monday 15 February to celebrate the arrival of Pobeda’s inaugural flight from Moscow Vnukovo. Armed with scissors were: Ulrich Stiller, Director Marketing & Sales, Cologne Bonn Airport; Michael Garvens, Chairman of the Management Board, Cologne Bonn Airport; Andrey Kalmykov, CEO, Pobeda Airlines; and Vladimir V. Sedykh, Consul General of the Russian Federation in Bonn. Vancouver Airport was happy to celebrate the launch of Air Canada rouge’s new weekly service to Cancún in Mexico on 15 February. The carrier joins three others already serving the market. 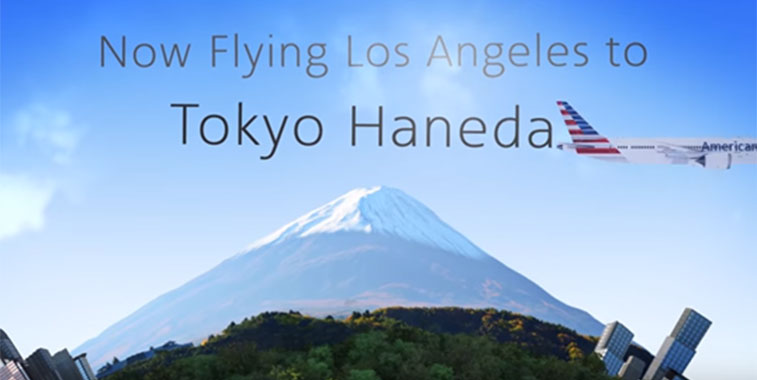 Monday 15 February saw the first flight of Brussels Airlines from Nuremberg to Brussels, which according to FlightRadar24.com arrived 13 minutes early. However, the route will not be flown by Brussels Airlines’ own Airbus fleet but rather by bmi regional using an ERJ 145. Preparing to cut the Atomium-inspired cake are: Helmut Gläser, Country Manager Germany, Brussels Airlines; Markus Söder, Bavarian State Minister of Finance); and Michael Hupe, Managing Director, Nuremberg International Airport. Fiona Black, GM Jet2.com, Scotland and Jonathan Rayner Edinburgh Airport Head of Aero Business Development proudly show off the new route cake heralding the start of services from the Scottish airport to Tenerife South, Lanzarote and Gran Canaria. The 189 passengers on the inaugural flight to Tenerife South were given exclusive vouchers for Siam Park and Loro Parque, two of the world’s top tourist attractions. Down route on the island of Lanzarote there were also celebrations to mark the start of Jet2.com’s new Edinburgh service. Taking centre stage in proceedings were: Manuel Vinagre, Airport Director, Lanzarote Airport; the inaugural flight captain and two members of the crew; Jenny, member of Jet2.com’s Lanzarote staff; Hector Fernandez, MD, The Society for the Foreign Promotion of Lanzarote; and Antonio Medina, Jet2.com Station Manager, Lanzarote Airport. Entertainment was provided by the Parranda el Requinto de Lanzarote. 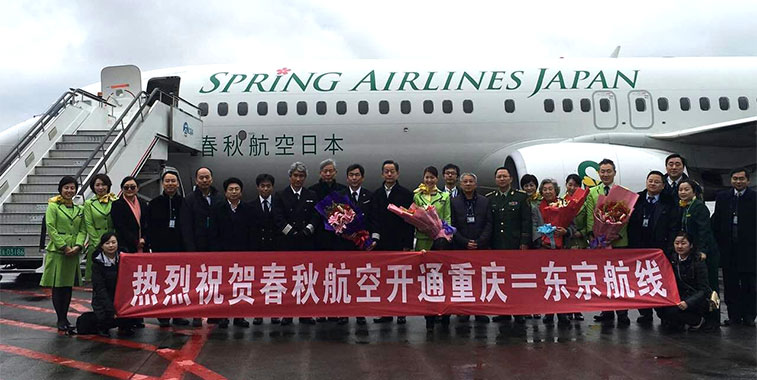 Spring Airlines Japan celebrated its first service from Tokyo Narita to Chongqing in China on Sunday 14 February with a banner on the rather wet apron at the Japanese airport. 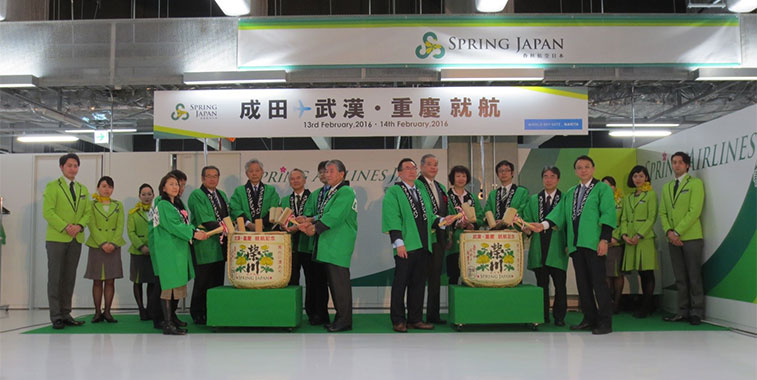