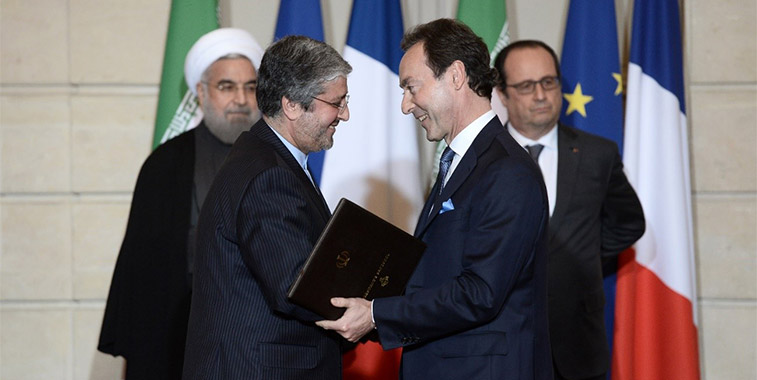 On 28 January, Iranian and French officials along with Airbus celebrated a landmark agreement at the Élysée Palace in Paris. Taking part in the event were: Iranian President Hassan Rouhani; Iran Air CEO Farhad Parvaresh; Airbus CEO Fabrice Brégier; and French President François Hollande. While Airbus released a graphic indicating that Iran Air had agreed to acquire 118 new Airbus aircraft (including 12 A380s) the airline’s official orderbook spreadsheet at the end of January does not, as yet, show any new orders.

With many economic sanctions having recently been lifted, Iran has been quick to start playing catch-up with regards to its civil aviation needs. At the end of January, Iran Air supposedly placed an order for 118 Airbus aircraft, including 12 of its largest aircraft, the A380. However, Airbus’ official orderbook spreadsheet dated 31 January does not show any confirmed orders for Iran Air. According to ch-aviation, Iran Air’s active fleet currently comprises just 29 aircraft involving six types from four different manufacturers (Airbus, Boeing, Fokker and McDonnell Douglas). Meanwhile, many foreign carriers have been busy evaluating plans to either enter or expand their presence in the Iran market. Air France and British Airways have both indicated that they plan to resume services to Tehran this summer, while Lufthansa is planning to complement its existing Frankfurt service with the resumption of flights from Munich. 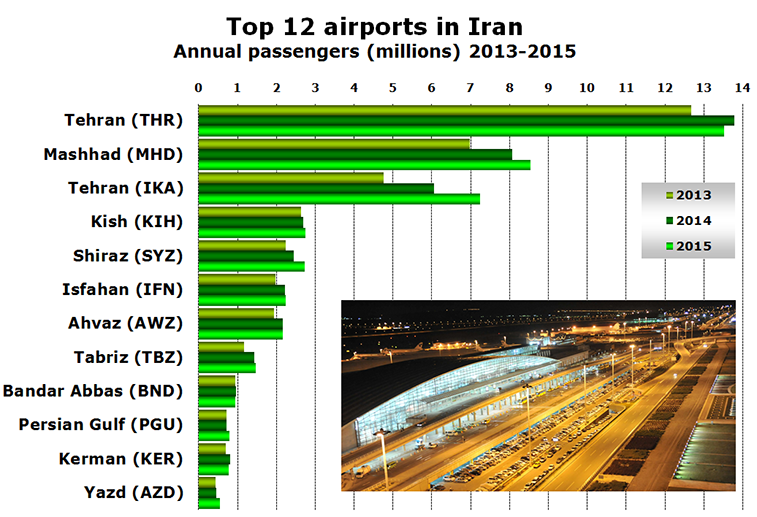 International traffic is busiest at Tehran Imam Khomeini Airport which handled over seven million international passengers last year with Mashhad (1.87 million), Isfahan (515,000) and Shiraz (486,000) the next busiest. Tehran’s international airport has also been the fastest-growing for both of the last two years with passenger numbers up 27% in 2014 and 20% in 2015.

Other European flag-carriers such as Aeroflot, Alitalia, Austrian Airlines and Turkish Airlines have been serving Tehran for some time, while all three of the MEB3 carriers (Emirates, Etihad Airways and Qatar Airways) serve the Iranian capital. LCCs are represented at the airport by Air Arabia, flydubai and Pegasus Airlines. However, at present, the only major Asian carrier to serve the airport is China Southern Airlines with flights from Beijing and Urumqi. Iran’s second busiest international airport at Mashhad handled a total of 8.5 million passengers in 2015 of which just over 20% were on international flights. Last September Emirates began serving the airport from its Dubai hub, operating five weekly flights. Other notable carriers to operate at Mashhad include Air Arabia (which began flights in August 2013), flydubai (since August 2014), Qatar Airways and Turkish Airlines (since March 2009). Isfahan and Shiraz are also both served by Air Arabia, flydubai and Turkish Airlines, while Qatar Airways also serves Shiraz. In November Austrian Airlines announced that it would be starting four times weekly flights from Vienna to Isfahan starting in April. 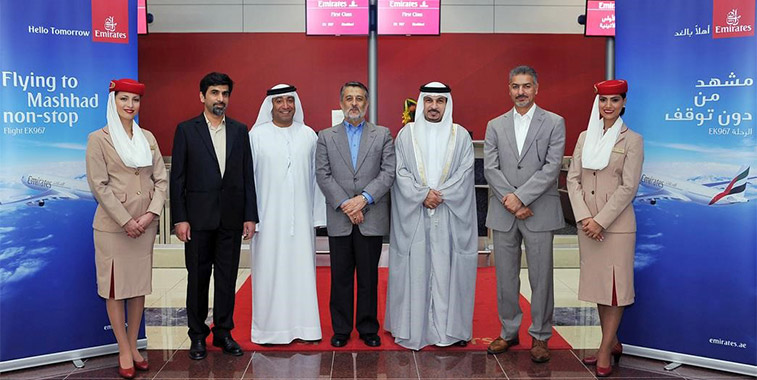 Emirates made Mashhad its second Iranian destination last September when it commenced a five times weekly service. It joins Tehran, which the carrier has been serving for many years. The MEB3 airline currently serves the capital with four daily flights.