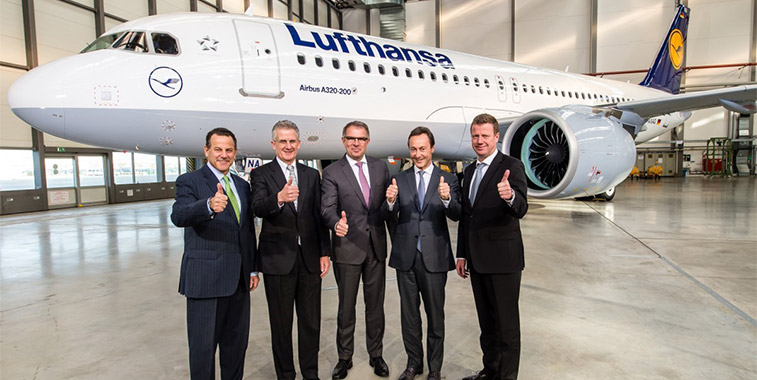 Deliveries during the first month of 2016 from Airbus and Boeing totalled 71 aircraft, 15 units behind what was delivered during the first month of last year when comparing the two companies’ performances together. During January, Boeing distributed 49 aircraft, with the European manufacturer managing just 22, more than 50% behind its North American rival. Notably, Boeing’s January delivery total is only one unit down when compared to its total for January 2015. Airbus meanwhile delivered 14 less aircraft than it did in the same month of the year previous. Overall 73% of deliveries in January were narrow-body aircraft, with the remaining 27% being wide-body. Looking at the wide-body market for January, Boeing produced 74% of aircraft (up from 38% in December 2015), while Airbus produced the remaining 26%. 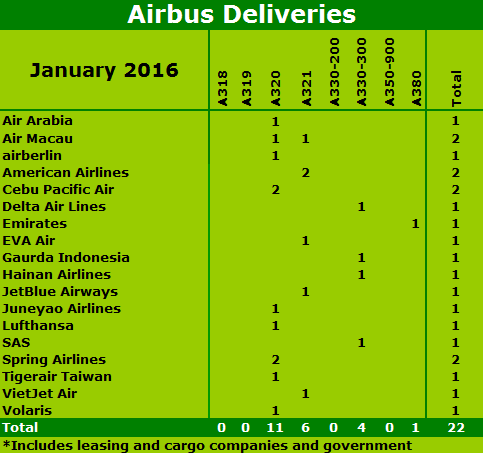 Airbus ended January with a total of 22 units being delivered to its customers, which is 57 airframes less than what the company delivered in December, and 14 units behind the total delivered by Airbus during the corresponding month of last year.

For the month of January, single-aisle deliveries were led by the A320 (11 units), while the A321 followed in second place (six units), with a grand total of 17 single-aisle aircraft being provided to carriers around the world. This means that Airbus produced 18 less narrow-body aircraft than Boeing in January. A total of nine airlines received A320s last month (down 12 from December), with Cebu Pacific Air picking up two of the variant. In relation to A321 deliveries, five airlines picked up the type, with American Airlines picking up two, while Air Macau, EVA Air, JetBlue Airways and VietJet Air picking up one unit each.

Looking at wide-body deliveries, Airbus handed over only five airframes in January, 19 less than December. Following on from the delivery of three A380s in December, the European producer handed over just one in January, with that aircraft going to the world’s leading A380 operator Emirates. Four A330-300s were also delivered in January, with no A350s being received by customers. 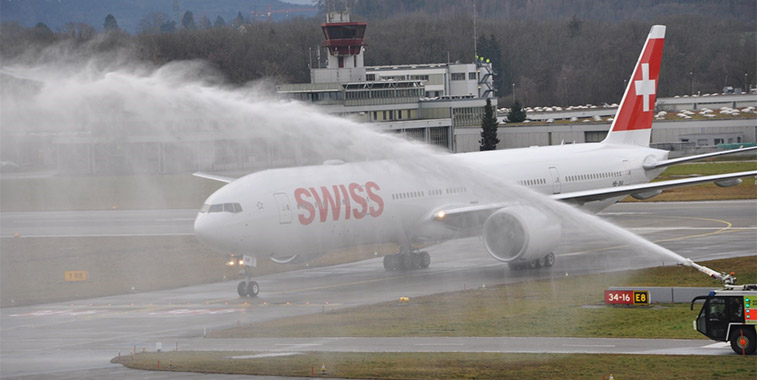 On 29 January, SWISS took delivery of its first 777-300ER. The latest addition to SWISS’ fleet touched down in Zurich at 09:14 following a non-stop 8,418-kilometre delivery flight from Boeing’s Everett Paine Field in Seattle. The aircraft, which bears the registration HB-JNA, was welcomed with loud applause from the gathered crowd made up of aviation fans and other keen spectators. Harry Hohmeister, CEO of SWISS, commented on the airline’s milestone: “The delivery of our first flagship 777-300ER marks a new era in Switzerland’s aviation history. As of today, our customers will enjoy a new dimension of air travel experience.” 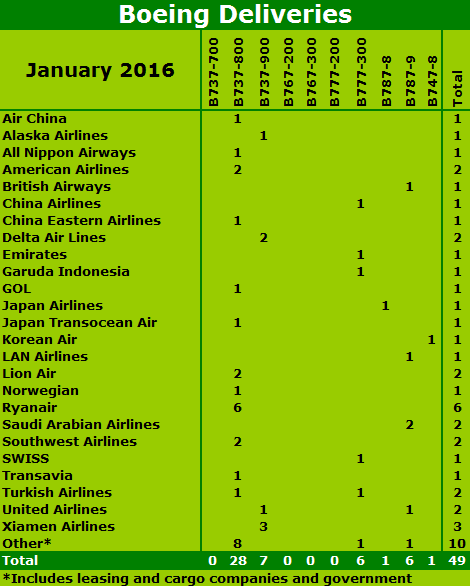 Boeing closed January with a total of 49 unit deliveries, four less than in December, and one less than in the same corresponding month of 2015. Airlines received a total of 35 single-aisle units from Boeing in January, three less than December. A total of 28 737-800s were delivered, as well as seven 737-900s. Ryanair was the largest recipient of the 737-800 in January, adding six of the variant into its fleet. The North American manufacturer also celebrated the delivery of its 8,888th 737 in January, with the recipient of that aircraft being Xiamen Airlines. With eight being a lucky number in China, it was extremely fitting that the 8,888th aircraft was received by a Chinese carrier. In total, 16 airlines were delivered single-aisle units from the American manufacturer during January, one less than in December. Nonetheless it should be noted that eight 737-800 deliveries were to leasing companies.

Analysis of wide-body deliveries reveals that Boeing handed over a total of 14 units to airlines in January, one less than in December. Boeing handed over seven 787s in January, two less than in the month previous. Saudi Arabian Airlines was the largest recipient of the 787-9, picking up its first two of the type last month, while British Airways, LAN Airlines and United Airlines each received one. Japan Airlines was the only recipient of the 787-8 in January, taking one unit. It’s also worth noting that one 747-8 was delivered in January to Korean Air. 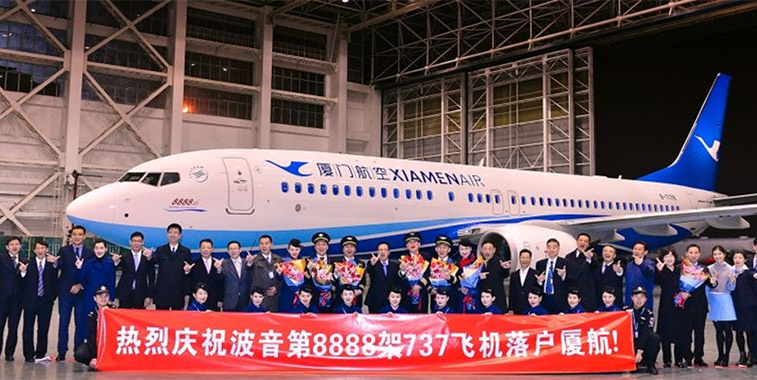 On 28 January, Che Shanglun, President and Chairman, Xiamen Airlines (centre between the crew), helped to bring the latest 737-800 on its delivery flight from Seattle to China. The aircraft was also the 8,888th 737 to be delivered worldwide, a major milestone for Boeing and indeed a symbol of luck for Xiamen Airlines, as eight is a lucky number in China, making it fitting for a Chinese airline to receive the honour.