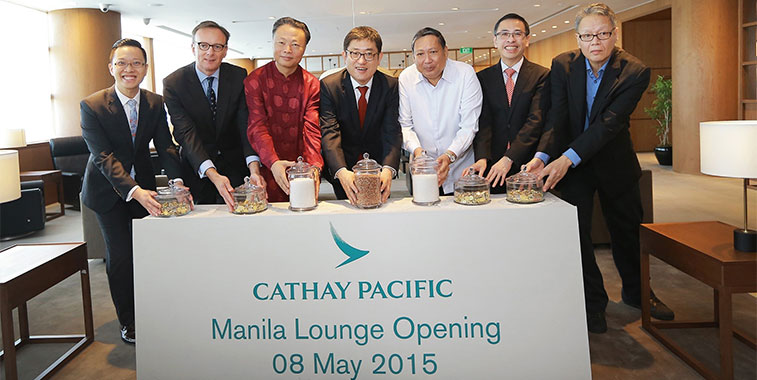 Manila is the capital of the Philippines, and based on the latest census data (2010), the city’s urban population is home to just over 22 million people (National Statistics Office of the Republic of the Philippines). The city is also host to this year’s Routes Asia conference, taking place between 6-8 March. Based on OAG Schedules Analyser data, the city’s Ninoy Aquino International Airport was served by 40 carriers in 2015, the same amount as in the previous year. Although Ninoy Aquino is the only airport serving the Manila area, Clark Airport, situated in the Clark Freeport Zone, is just 80 kilometres to the north. The number of serving carriers at the hub will increase to 42 for the upcoming summer season. V Air has pencilled in a start date of 27 March to start services from Taipei Taoyuan. The second new airline which will inaugurate flights to the hub in 2016 is Jetstar Japan, with the carrier expected to launch services from Tokyo Narita from mid-March, and Nagoya and Osaka Kansai in April. 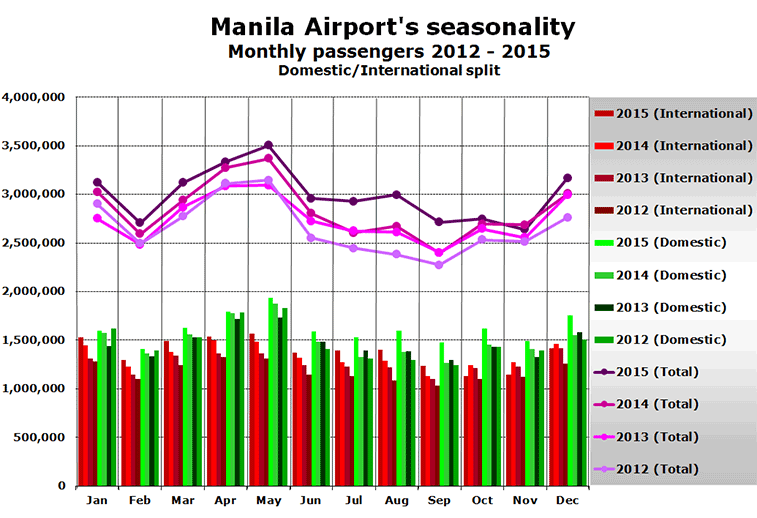 Manila now processes an additional four million passengers per annum when compared to 2012, with 2.4 million of those extra passengers using international services, with the remaining 1.6 million on domestic. During the past four years, traffic from Manila has grown by 11% from 31 to 35 million. Total traffic in 2015 grew by 5.2% when compared to 2014, improving on the increase of 3.6% between 2014 and 2013, and the 2.9% between 2013 and 2012. Although international traffic growth has driven the majority of the additional passengers passing through Manila, the increases have steadily declined from 6.8% in 2013 to 2.9% last year. With regards to the domestic market, it has encountered the opposite trend, with growth rates increasing from -0.5% in 2013 to 7.2% during 2015. This pattern highlights the significant development of Manila’s connection to the Philippine domestic market during the past few years. An analysis of the airport’s seasonality profile reveals that Manila’s SVID score for 2015 is an “excellent” 0.99  – improving from the 1.15 it achieved in 2014.

Four airlines from the Philippines (highlighted in light green) make it into Manila’s top 12 carriers, with Cebu Pacific Air remaining the number one airline. It witnessed growth in seat capacity of just over 10% during the past 12 months. The latest route which the airport’s largest carrier launched from the facility was on 17 December, when it commenced a thrice-weekly A320 service to Fukuoka in Japan, competing directly against the second largest carrier, Philippine Airlines. The national carrier has also been busy recently, commencing flights to Jeddah and Kuwait City via its existing Dubai operations in January. As it did last year, Cathay Pacific Airways remains the number one international carrier from Manila, with the oneworld member currently offering 48 weekly departures to Hong Kong. The airline last year opened a dedicated lounge at Manila’s T3. 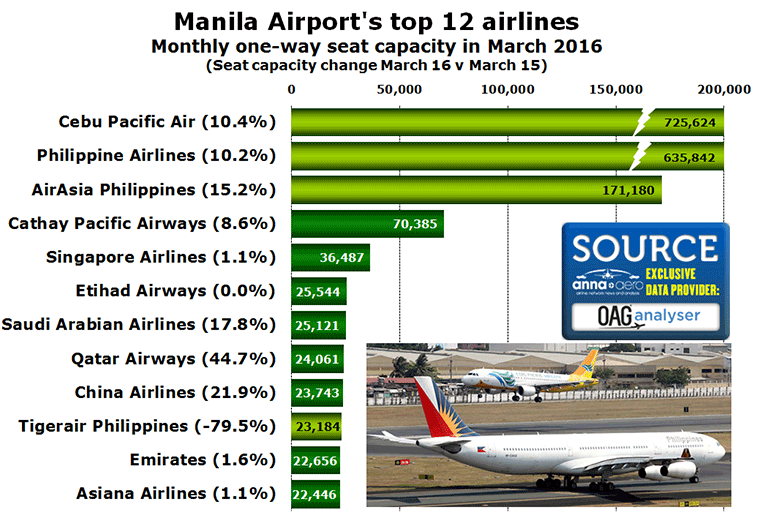 Outside of the top 12, one of the biggest increases in capacity has come from EVA Air (15th largest carrier), which has doubled its capacity during the past 12 months. Air China (24th), Xiamen Airlines (27th) and Oman Air (30th) have all recorded strong results as well, with the carriers reporting a growth in seat capacity of 45%, 37% and 40% respectively. With regards to new routes with existing carriers, Cebu Pacific Air will launch flights to Guam on 15 March, while Philippine Airlines will commence services to Doha 13 days later. PAL Express, which began carrying the brand name Philippine Airlines through a cooperative agreement with PAL Holdings (owner of Philippine Airlines) in March 2014, will add services to Saipan on 15 June. 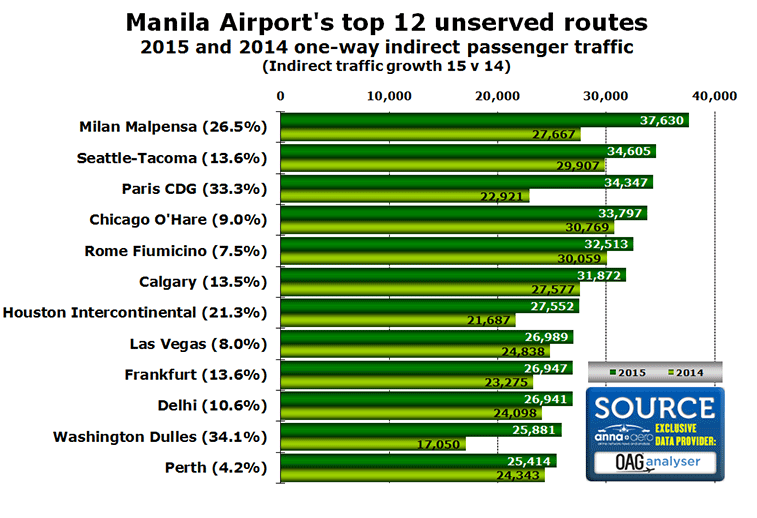 Looking at OAG Traffic Analyser data from last year, results show that the number one unserved market from Manila is Milan Malpensa, with the indirect city pair witnessing a growth in traffic of nearly 27% in 2015 when compared to 2014. The number one airport which passengers chose to connect through on the indirect route was Muscat, with 24% of traffic choosing to connect via the Omani hub. Oman Air, which connects both Manila and Malpensa to Muscat, launched service to the former on 2 December 2014. Doha (16% of transit traffic) and Abu Dhabi (13%) make up the top three connecting airports for this unserved market. One keen observation from this analysis is that only one unserved top 12 route from Manila is in Asia, with no carrier currently operating the 4,750-kilometre link between the city and Delhi. With the Indian capital seeing a near 11% growth in indirect traffic during the 12-month period analysed, this could be a viable route for an LCC such as AirAsia India or its Philippine counterpart AirAsia Philippines to potential look at. The market witnessed nearly 27,000 one-way indirect passengers in 2015. 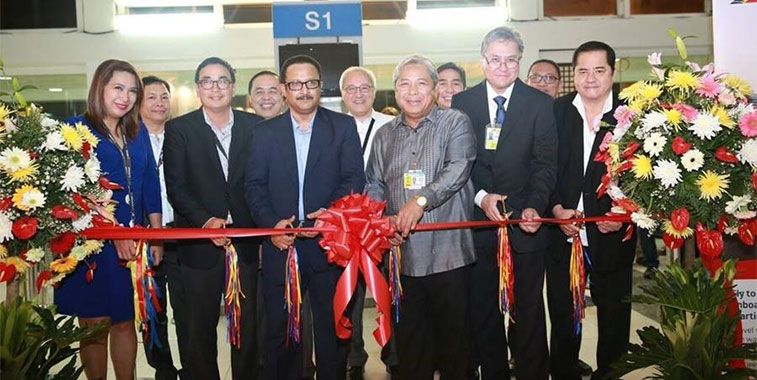