Barcelona-headquartered LCC Volotea has one of the most interesting business models of any European airline. Using 19 ‘classic’ 125-seat 717s on routes primarily within and between Italy and France, the carrier operates an extremely seasonal programme with five times as many flights during the peak summer period (August) compared with February. This summer the airline will operate an astonishing 183 routes (up from 147 last summer) with an average weekly frequency of just over three flights per week. The addition of four 150-seat A319s to the airline’s fleet this summer will help the carrier continue to grow, as it gradually plans to transition to an all Airbus fleet. The first A319 (ex-Air Malta) arrived in Nantes last week and, according to the airline, will begin services for the carrier in mid-March. 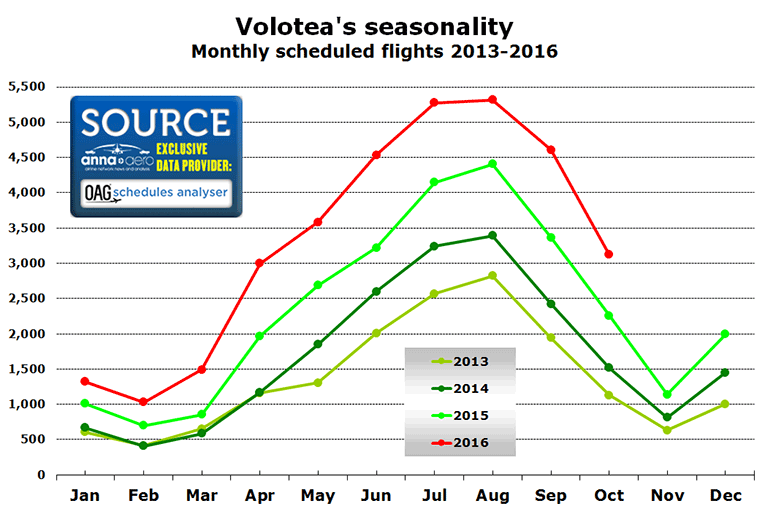 Volotea serving 68 airports this summer, of which eight are new

According to the route map on its website, Volotea currently has eight bases: four in France (Bordeaux, Nantes, Strasbourg and Toulouse); three in Italy (Palermo, Venice Marco Polo and Verona); and one in Spain at Asturias. In terms of weekly flights this summer (using the first week in August), the airline’s base at Venice Marco Polo is by far the biggest. Although Catania is not a base it runs Nantes a close second for most weekly flights in August, followed by Bordeaux and fast-growing Verona. Italian airports (shown in dark green) take seven of the top 12 places with four French airports (shown in light green) also making the list. Just one airport in Spain (shown in bright green) makes the top 12 and it’s Palma de Mallorca rather than the airline’s only Spanish base. 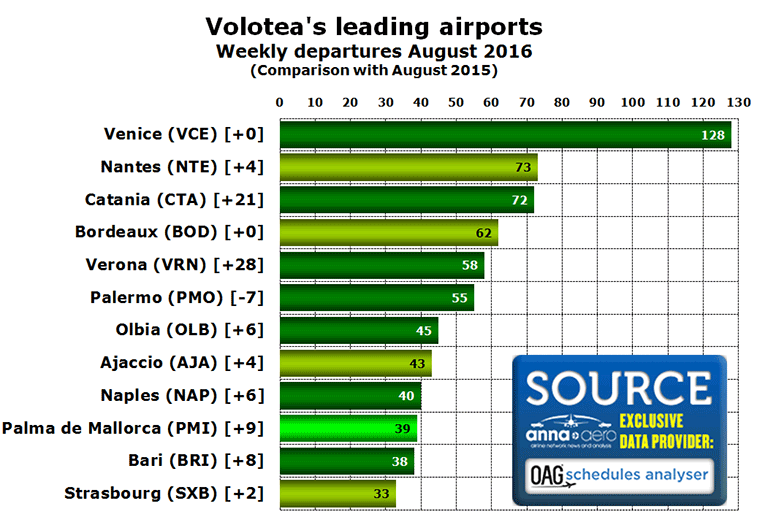 A total of 68 airports are served this summer, up from 62 last summer. Tel Aviv has been dropped from the airline’s network while Gran Canaria is no longer served in summer. The eight new airports for this summer are Chisinau (Moldova), Faro (Portugal), Malta, Mytilene (Greece), Nice (France), Rennes (France), Southampton (UK) and Tirana (Albania). Albania, Malta, Moldova, Portugal and the UK thus become new country markets for the airline’s scheduled services, bringing to 12 the number of country markets now served. Italy with 544 weekly flights is significantly ahead of France (355), followed by Spain (142) and Greece (118). No other country market has more than 20 weekly flights, with Croatia (16) beating Czech Republic (10), Germany (six), Portugal (four), Malta (three), Albania, Moldova and the UK (with just two each). 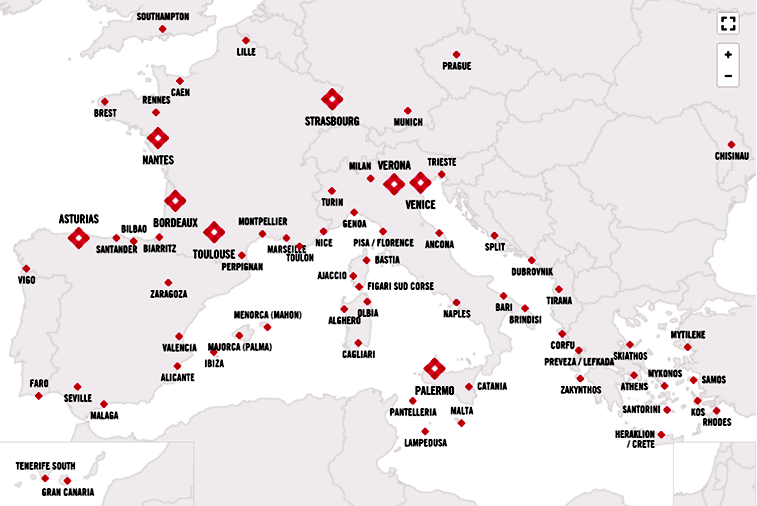 Volotea’s route map stretches from Southampton to Chisinau to Rhodes and the Canary Islands. A total of 68 airports are served in August, up from 62 last summer. There are eight official bases; four in Italy, three in France and one it Spain. Note: Israel is still shown separately on the route map although all services to Tel Aviv have currently been suspended.

Significant growth this summer will be seen at Verona, with a doubling of weekly flights from 29 to 58, Catania (an extra 21 weekly flights), Cagliari and Toulouse (which both see an increase of 14 weekly flights). Of the new airports served, Nice makes the biggest impact with seven weekly flights, spread across three routes to Palermo, Rennes and Strasbourg. Nine airports have seen a reduction in Volotea flights this summer, with the biggest reductions being at Palermo (down seven from 62 to 55) and Montpellier (down three from 15 to 12).

While the airline’s network has seen a net gain of 36 routes since last summer, from 147 to 183, Volotea is actually operating 46 routes this August that it was not operating in the same month last year, as 10 routes have been suspended. The dropped routes include Athens to Pisa, Bordeaux to Valencia, and Venice Marco Polo to Tel Aviv. The airline’s only two routes over 2,000 kilometres are to Tenerife South, from Bordeaux (2,334 kilometres) and from Nantes (2,490 kilometres). It is also worth noting that a number of French domestic routes operate during the summer, but not during August. These include Brest-Bordeaux, Marseille-Rennes and Brest-Toulouse.

Although the airline’s average weekly frequency across its 180-plus routes is just 3.3 (lower even than Jet2.com at 3.5 and Wizz Air at 3.7), Volotea does operate just over 10% of its routes with daily flights during the peak summer period. Leading the way in August are the carrier’s routes from Venice Marco Polo and Verona to Catania. Both of these are served with 25 weekly flights, while Venice Marco Polo to Olbia is the only other route served at least twice-daily, with 16 weekly flights. 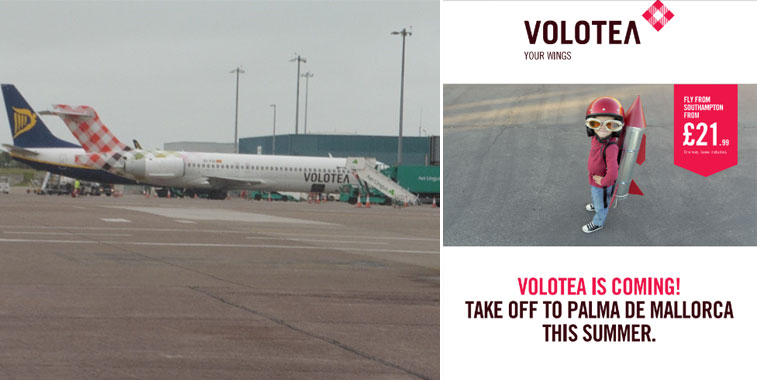 Venturing further north. Volotea also operates charter flights and last June one of its 717s was spotted by anna.aero’s Chief Analyst at Cork Airport in Ireland. This summer will see the start of the airline’s first scheduled services to the UK with a twice-weekly Southampton to Palma de Mallorca service beginning at the end of May.