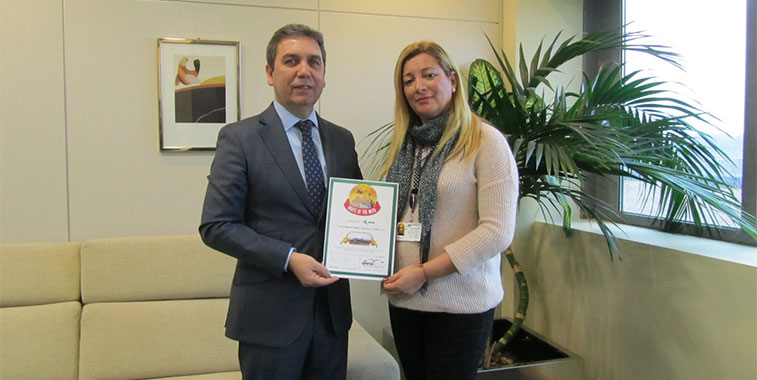 Badajoz Airport this week revelled in its anna.aero Route of the Week win. The Spanish airport was awarded the title in recognition of Iberia Regional’s new routes from Madrid and Barcelona which launched on 18 February, marking the return of commercial airline services at the facility. Celebrating with the award are Badajoz Airport’s Alfonso Florez Pérez, Airport Director, and Ana Ramos Bermejo, Director’s Assistant. 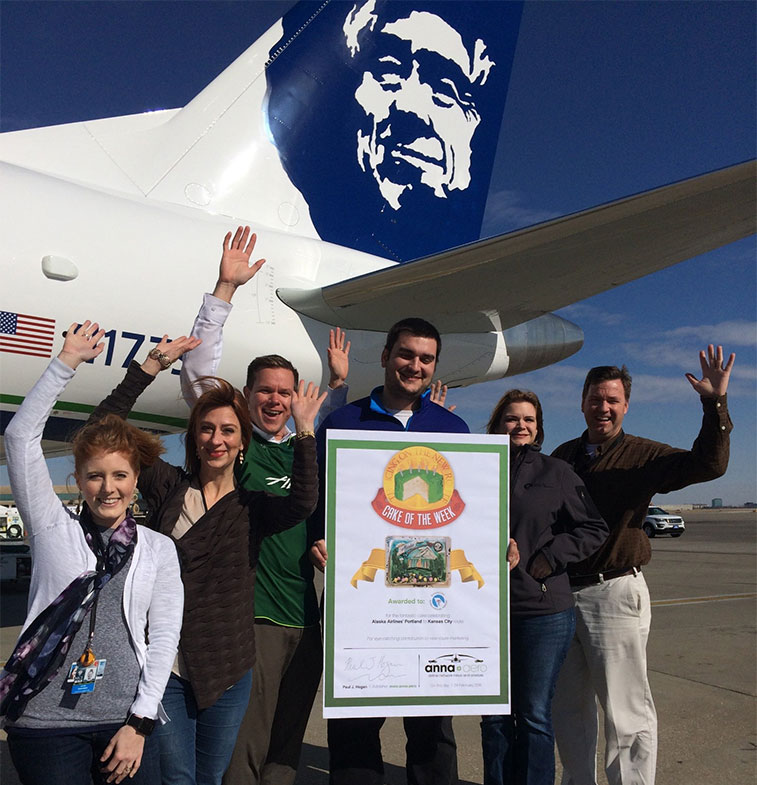 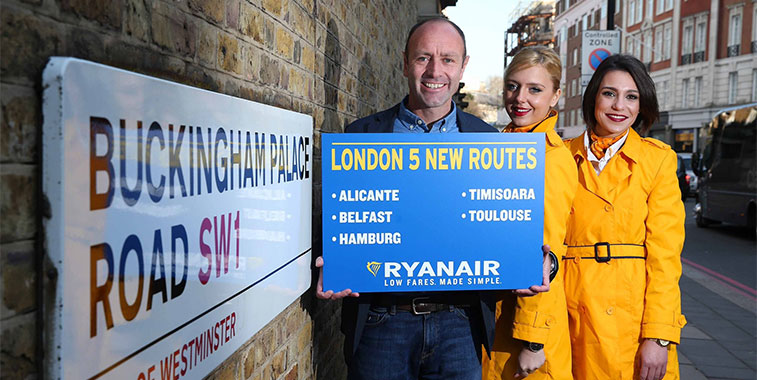 On 24 February, Ryanair announced its W16/17 flight schedule from London’s Gatwick, Luton and Stansted airports. Gatwick will see a new six times weekly service to Alicante commence at the end of October, while services to Belfast International which will launch next month are to continue into W16/17. Luton will see new winter service to Fuerteventura, Gran Canaria, Murcia, Tenerife South and Vilnius. Ryanair will also increase its Luton to Kaunas service to a daily operation. Finally, Stansted will see three routes (launching for S16) extended into the winter season, namely Hamburg, Timisoara and Toulouse. Flights to Sofia and Jerez will also continue into W16/17, while Alicante, Bordeaux, Faro, Gran Canaria, Lanzarote, Malta, Nuremberg, Seville and Valencia will all gain additional services from the ULCC’s largest base. 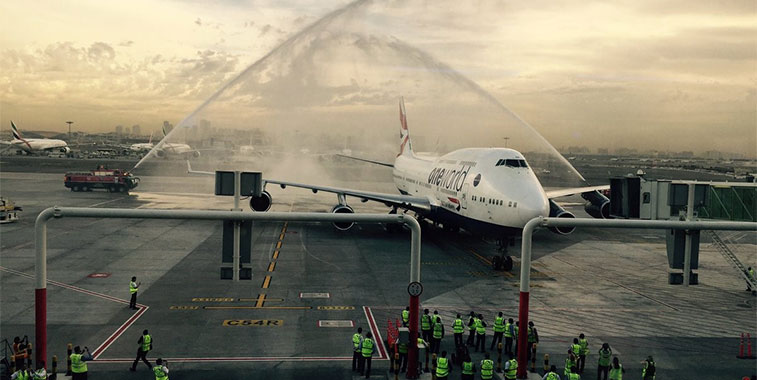 On 24 February, Dubai Airport, the world’s largest international airport, increased its capacity from 75 million passengers to 90 million with the opening of its Concourse D, the result of a $1.2 billion (USD) investment to enhance service and boost capacity for the more than 70 international airlines that will use the facility. “We continue to invest in the development of top-flight infrastructure to augment service levels for our international airlines and their customers while providing the capacity needed to meet growing demand,” said HH Sheikh Ahmed bin Saeed Al Maktoum, Chairman of Dubai Airports; President of the Dubai Civil Aviation Authority; Chairman and CEO of Emirates Group. The first flight to be welcomed at the facility was British Airways’ flight BA105, arriving from London Heathrow. The 747-400 in oneworld livery was greeted on its arrival with a traditional water arch salute. During February work began at Birmingham Airport to convert the facility’s Gate 54 from a two- to three-jet-bridge operation. The airport becomes the third UK gateway to have a three-jet-bridge gate, with the other two being London’s Heathrow and Gatwick airports. Birmingham has made the investment in preparation for Emirates, which, from 27 March, will operate a two-class A380 on its lunchtime service from Dubai. The MEB3 carrier currently operates a thrice-daily schedule into the facility. Birmingham becomes the fourth UK A380 destination after the two London airports and Manchester. 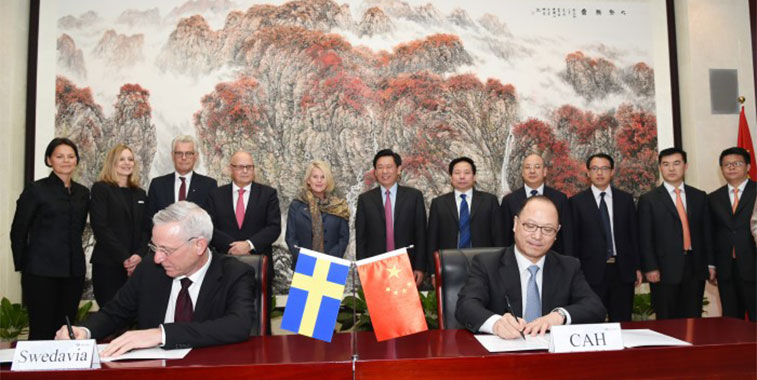 The Swedish airport operator Swedavia and Capital Airports Holding Company, the largest airport operator in China, have signed a Memorandum of Understanding (MOU) on the establishment of a sister airport relationship in Beijing on 24 February. The MOU establishes extensive collaboration between Stockholm Arlanda Airport and the biggest airport in Asia, Beijing Airport. “We are looking forward to extend our already strong connections with China by adding this sisterhood relationship with the largest airport operator in China,” says Karl Wistrand, Group CEO at Swedavia. “It will give great opportunity for increased connectivity between our countries in both business and leisure traveling.” 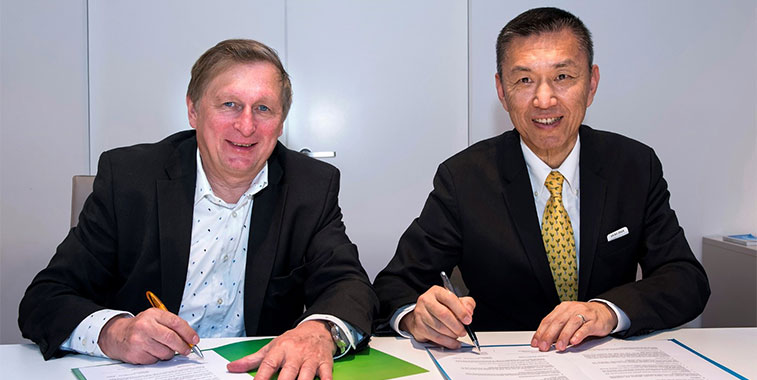 Munich Airport has announced an agreement to provide expert support to Taipei Taoyuan Airport operator Taoyuan International Airport Corporation (TIAC). The Taiwanese capital city airport plans to redesign and expand its existing Terminal 2 and add a third terminal with capacity for 45 million passengers per year. Under the memorandum of understanding, experts from Munich Airport will provide advice and assistance with both projects. The agreement, officially signed in Munich by Dr. Michael Kerkloh, Munich Airport CEO, and his counterpart at TIAC, David Fei, will now serve as the basis for negotiating the details of a potential consulting project.