Dubai double on display for world to see 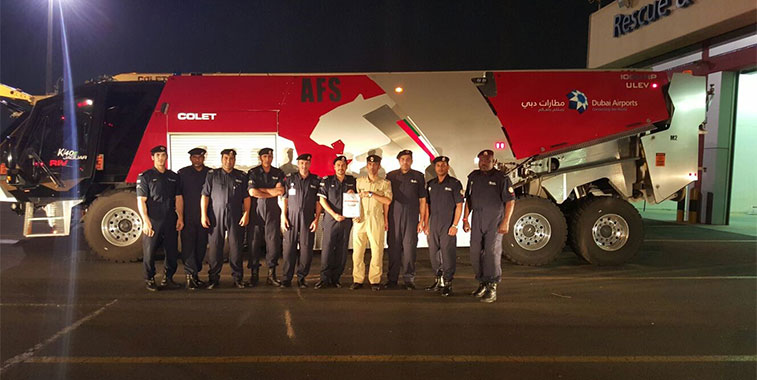 Deputy Chief Fire Officer Sulaiman Mahroon at Dubai Aiport is to be heartily thanked for sending us this night shot of the Middle Eastern mega hub’s fire crew, proudly displaying their second Arch of Triumph certificate of 2016, with this one awarded to the FTWA created for the arrival of SpiceJet’s service from Jaipur on 16 February.

For the third week running there has only been two Arch of Triumph entries. By week eight of the 2015 competition last year we had received 30 entries, whereas this year we have only had 24 entrants. That said, week eight of the competition last year was towards the end of March, yet we are already witnessing the eighth week of competition in early March 2016. So we have had no blank weeks with no FTWAs this year, something which happened three times in 2015. In the inter-regional battle, not one region has been able to make an early breakaway from the pack, with five zones sharing the eight weekly wins so far. Australasia, Asia and the Middle East have all notched two wins, with Europe and this week’s winner South America with one-a-piece. Keep monitoring!! 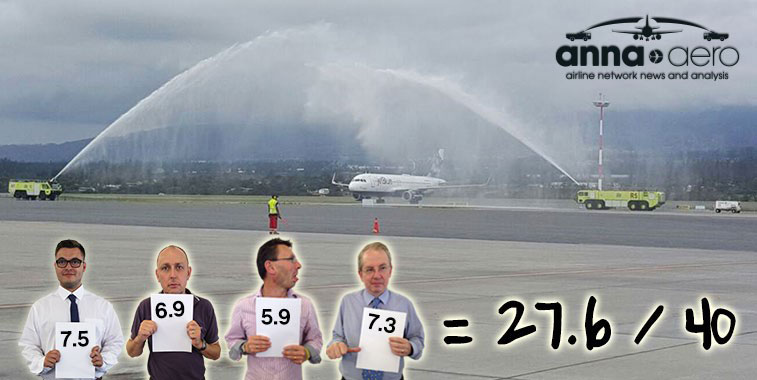 Judge’s Comments: We always like a good traffic cone in an FTWA picture. They have more personality than a misplaced baggage cart or GPU. In this picture, the ramp guy appears to be having a pre-inaugural flight arrival chat with his only friend in the world – Colin the traffic cone. They go everywhere together. Nice FTWA in Quito? Not quite…but still good enough to win this week. 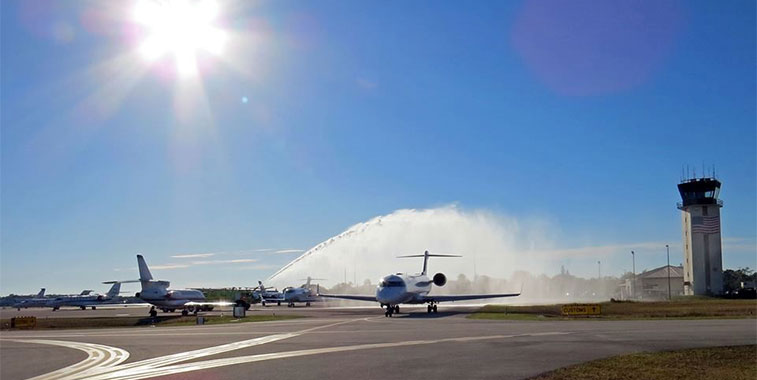 A truly unique water…errr…semi-arch in Naples…no, not the Italian one…the one in Florida…

Judge’s Comments: This FTWA is a world first…as we are pretty sure it’s the only time just one tender has turned up for a first flight water arch. We have had plenty of single water jet efforts in the past…but the second tender has always been present…and merely been guilty of premature or delayed fluid emissions. It looks quite early when the Elite Airways aircraft arrived in Naples…so maybe the other crew were still having breakfast??