International capacity to India has doubled since 2006; UAE market four times bigger than any other; Jet Airways to end US flights for now 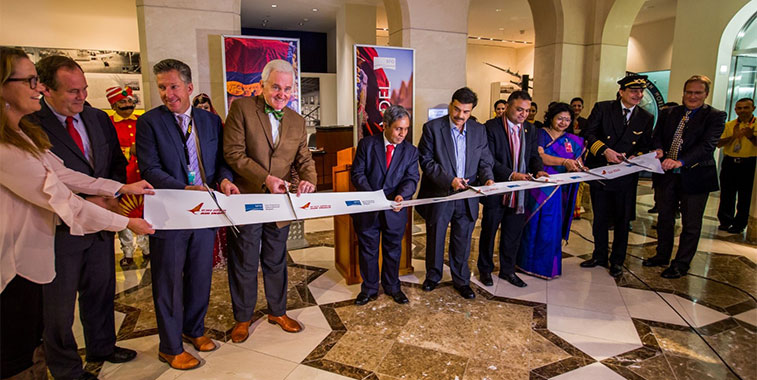 Air India began non-stop service from Delhi to San Francisco last December. The Star Alliance carrier now serves four destinations in the US with the home of the Golden Gate Bridge joining New York JFK, Newark and Chicago O’Hare. Rival Jet Airways will shortly be ending its last operation to the US when its Brussels to Newark service ends on 26 March.

With India’s idiosyncratic “5/20” rule (which says that no Indian carrier can start international services until it has been operating domestically for at least five years and must also have a fleet of at least 20 aircraft) recently being criticised by Tata Sons (who are involved in joint venture airlines AirAsia India and Vistara), anna.aero this week looks at developments in international flight operations to and from India. Unlike the recently analysed Chinese international market, which has seen double-digit growth in seven of the last nine years, India’s international market has only twice grown by more than 10% during the same period and the last time was back in 2008. However, that was by an impressive 23%, and thanks to having no year when capacity declined (as China’s did in 2009), the growth across the period 2006 to 2015 is not as different as one might imagine. While China’s international capacity grew by 117% in that time, India’s international market grew by 99%. 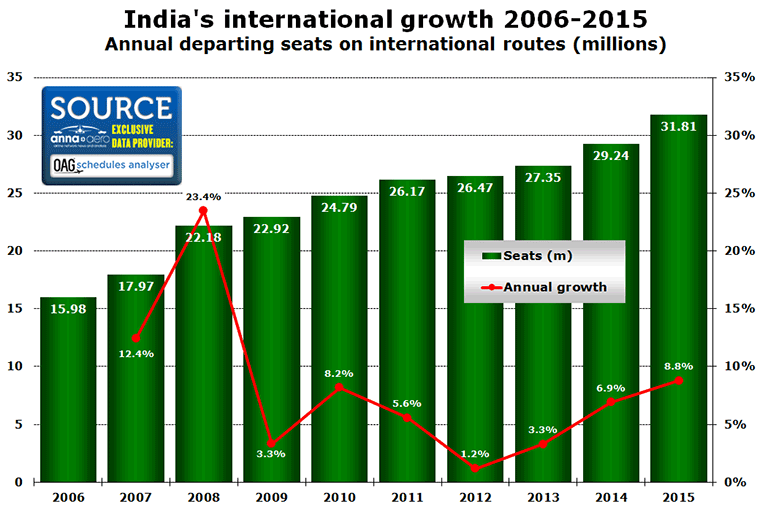 Unlike China, where the leading country market (South Korea) is less than 50% larger than the fifth biggest (Taiwan), for India the leading country market, the UAE, is over four times bigger than its nearest rival, Singapore. Maybe surprisingly, despite being the biggest market, the UAE is also the fastest-growing in 2015, with seat capacity up 23%. A further four of the top 15 country markets also managed double-digit capacity growth last year, with Sri Lanka (+20.6%) beating Qatar (+14.1%), Bahrain (+13.0%) and Malaysia (+11.5%). Countries in the Middle East (in bright green) are growing faster than those in Asia (shown in dark green) with only two European countries (shown in pale green) featuring among the top 15, namely Germany and the UK. 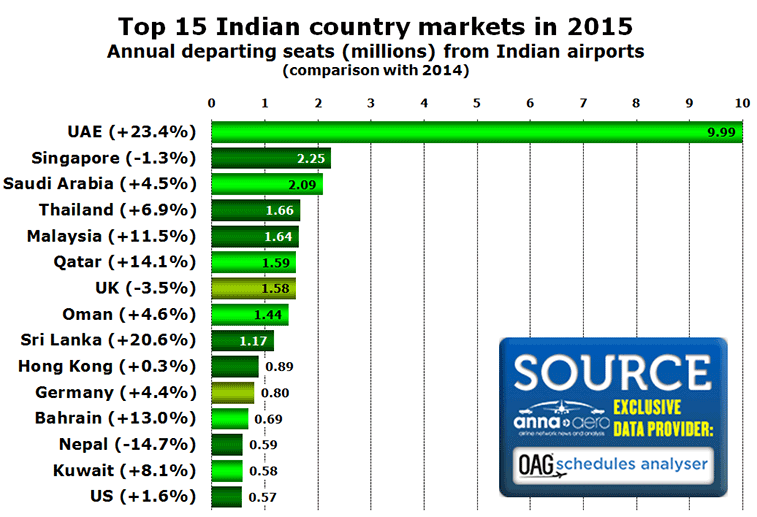 Despite the “5/20” rule Indian carriers (shown in bright green) take four of the top seven positions in the rankings of the leading international airlines. The other three places belong to MEB3 carriers; Emirates, Etihad Airways and Qatar Airways, with Etihad the fastest-growing. Given that it is also a shareholder in Jet Airways, this puts the carrier in a strong position in the Indian market. Three other Middle Eastern carriers (shown in dark green) are also among the top 15 airlines, including one LCC, Air Arabia.

Among all remaining carriers (shown in pale green), Singapore Airlines just held off fast-growing Thai Airways for the honour of being the busiest Asian carrier in India. Lufthansa, ranked 14th, is the only European carrier among the top 15. British Airways is just outside the top 15 in 16th spot while Turkish Airlines is ranked a relatively lowly 26th, just ahead of Air France. According to OAG Schedules Analyser a total of 87 airlines offered scheduled international flights to and from India in 2015, two fewer than in 2014. 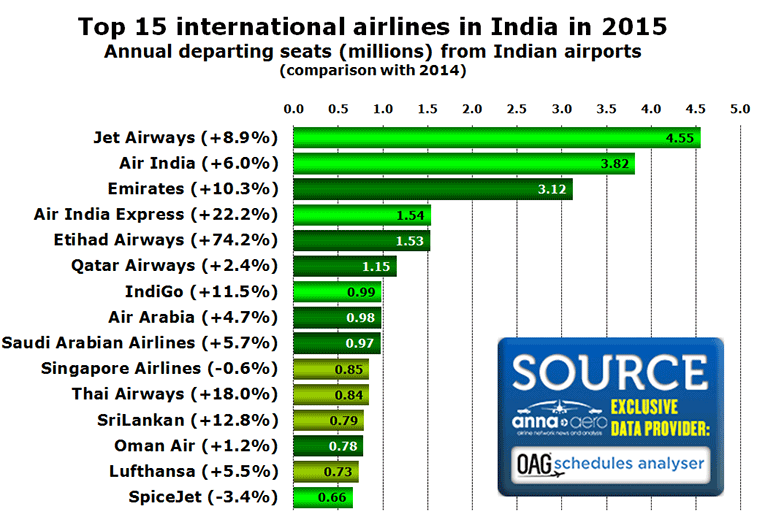 Jet Airways’ scissor-hub is on the move

Looking ahead, the start of the S16 season at the end of March will see Jet Airways move its North American scissor-hub operation from Brussels to Amsterdam, as well as starting flights from Delhi to Muscat in Oman a week earlier on 21 March 2016. At present the North American part of the scissor-hub only comprises of Toronto Pearson. Jet Airways currently operates between Brussels and Newark, but this route will cease at the end of March and will not be redirected to Amsterdam. Jet Airways also served New York JFK from Brussels until early September 2009.