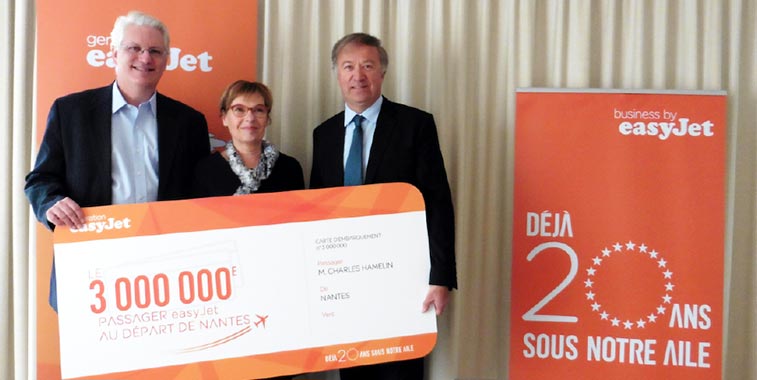 easyJet is Nantes’ third biggest carrier after Air France and HOP! Earlier this year, the UK-based LCC celebrated carrying its three millionth passenger from Nantes. This summer, easyJet will operate to 10 destinations from Nantes with new services to Bristol and Lisbon offsetting the loss of service to Rome Fiumicino. 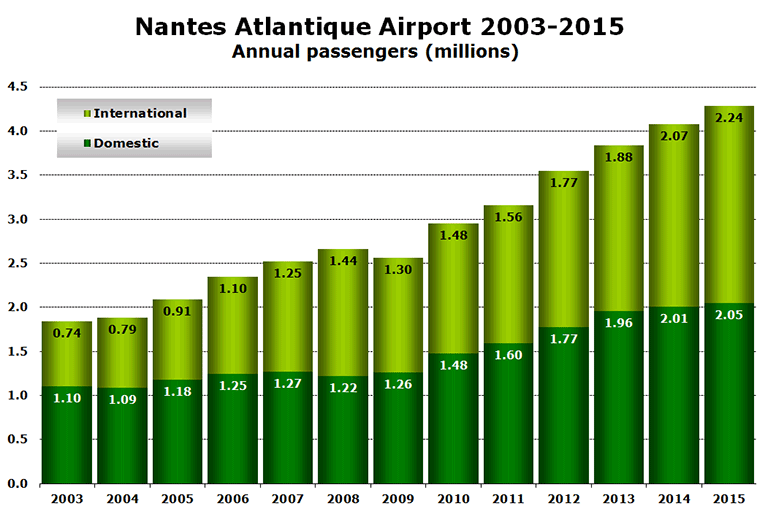 Nantes scores a “Good” 7.49 on anna.aero’s SVID (Seasonal Variation In Demand) calculator based on 2015 data. However, this figure has been creeping up in recent years from 6.09 in 2012, to 6.23 in 2013, 7.46 in 2014 and now 7.49. This reflects the faster growth in the airport’s more seasonal international traffic. Traffic peaks in August when passenger numbers are twice as high as in January. The latest traffic figures for January 2016 show that the airport has got off to a good start, with demand up just over 8%. 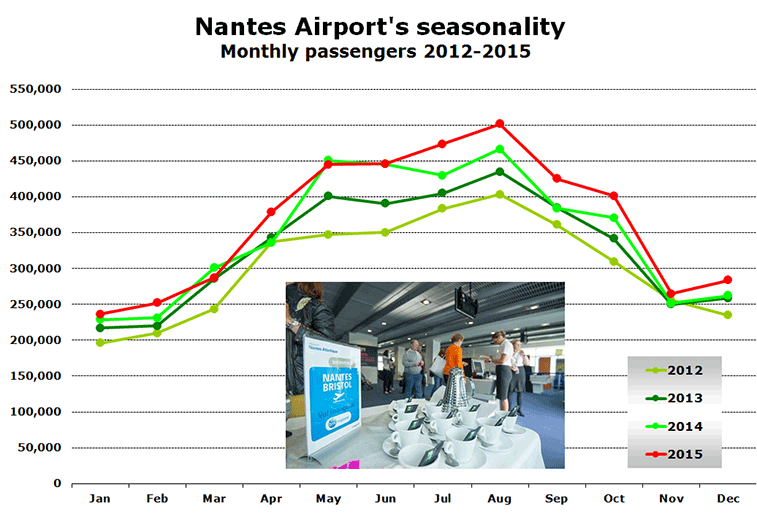 Top five routes are all domestic; Geneva is #1 international route

Passenger data provided by the airport, which is managed by VINCI Airports, shows that the top five routes in 2015 were all to other destinations in France, with Paris CDG narrowly holding off Lyon to maintain its position as the #1 route. Marseille, Toulouse and Nice round out the top five which is a clean sweep for domestic routes. The leading international route is Geneva, where passenger numbers grew by more than 11% last year. Further down the top 12 we find routes with significant growth; Lisbon was up 76%, Madrid 65% and London Gatwick 46%. 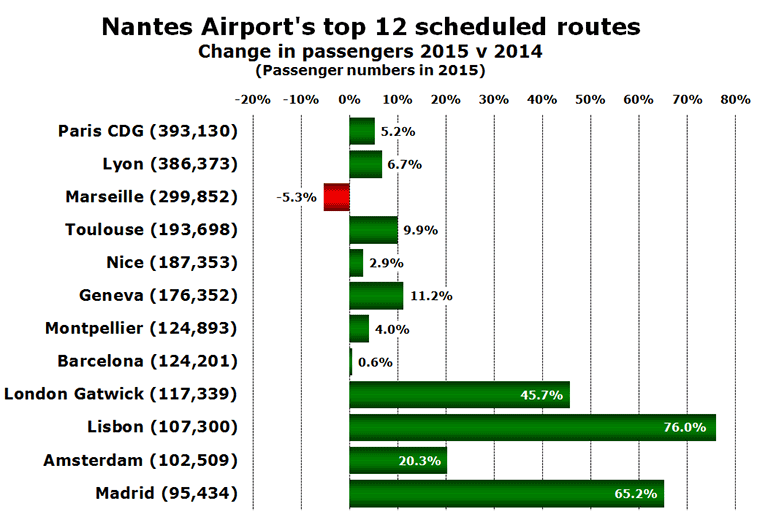 Air France and its regional partner HOP! are the two leading airlines at Nantes according to analysis of OAG Schedules Analyser data. However, the next five biggest carriers at the airport are all LCCs, with easyJet leading the way followed by Volotea, Transavia, Vueling and Ryanair. Among the top 15 airlines the fastest-growing in terms of scheduled seat capacity last year were Vueling (+29.1%), easyJet (+21.9%), Transavia (+17.1%) and Iberia (+16.4%). 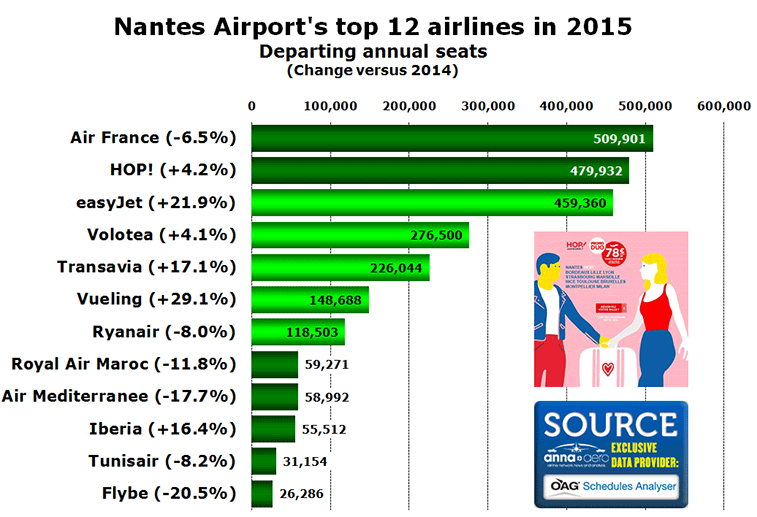 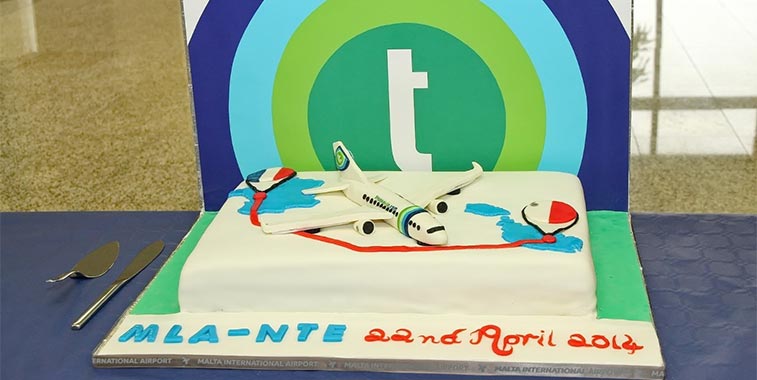 Air France’s in-house LCC, Transavia, launched weekly seasonal flights from Nantes to Malta on 22 April 2014. This summer the carrier will operate non-stop flights to 13 destinations from Nantes, with Faro the only new route. Volotea will also launch services to the Portuguese destination this summer.

Volotea upgauging to A319s; Alicante and Faro to get choice of two new carriers

This summer will see a number of new route and service launches. In addition, Volotea will start operating its newly acquired 150-seat A319s on several routes replacing its 125-seat 717s. A summary of the new route launches is provided in the following table.

The Lisbon route will now see easyJet go head-to-head with TAP Portugal and Transavia, while Brussels Airlines will be competing against HOP! on its new Brussels route, which will be operated on its behalf by bmi regional with its ERJ 145s. Transavia and Volotea are both starting services to Faro, while Volotea and Vueling will go up against each other competing for passengers wanting to go to Alicante. Birmingham, Cork, Dubrovnik and Kalamata are new destinations for this summer. For Flybe, the Birmingham service will be their third route to Nantes as they already operate Manchester and Southampton flights. Between S10 and S12 they also operated daily flights from London Gatwick. 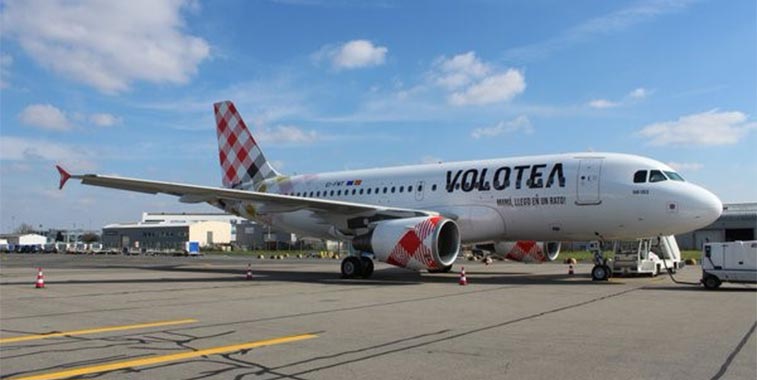 Volotea’s first A319 (previously operated by Air Malta) will provide extra capacity for the Spanish LCC at Nantes with 150 seats on each flight compared with 125 on its 717s. The first revenue generating flight is expected to operate some time later this week. Volotea’s network this summer from the French airport will comprise 23 destinations, up from 19 last summer.