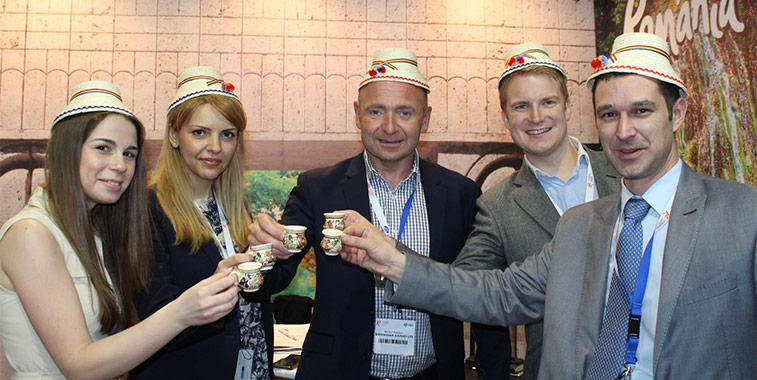 Shannon Airport’s status as a gateway to one of the world’s top equine breeding destinations has been endorsed with the arrival of the first batch of valuable equine cargo of 2016. Six thoroughbred mares were brought to a leading Irish stud in the south of the country, in what was also the first scheduled transportation of horses into Shannon with Turkish Airlines Cargo, which operates thrice-weekly cargo A330F services from Istanbul Atatürk to Shannon, then continuing to Chicago O’Hare, Atlanta and New York JFK, each on a weekly basis. MD of the International Aviation Services Centre, Shannon Group Strategy Director and friend of anna.aero, Patrick Edmond (on the right) said: “There is a huge tradition of breeding across this region, not least in counties like Limerick, Tipperary and Clare. Some of the finest studs in the world are here, and Shannon is the gateway to this area.” Edmond is accompanied at the launch by Adnan Cetinkaya from Turkish Airlines. 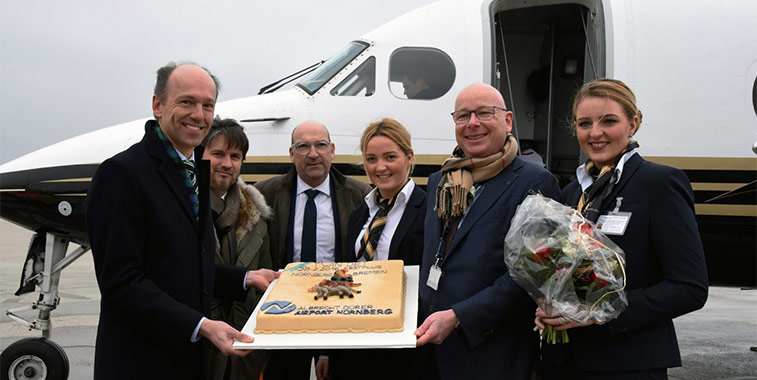 The world’s longest non-stop route – for now. On 1 March, Emirates launched non-stop services between Dubai and Auckland – a massive 14,200-kilometre sector (according to Great Circle Mapper). To celebrate the milestone, the first service was operated with an A380, rather than the 777-200LR that will regularly fly the route. The airline also lined up four of the double-deckers on the Auckland apron to mark the event. MEB3 rival Qatar Airways is looking to usurp this record-breaking route with its own non-stop flights to Auckland – which would be 335 kilometres longer. 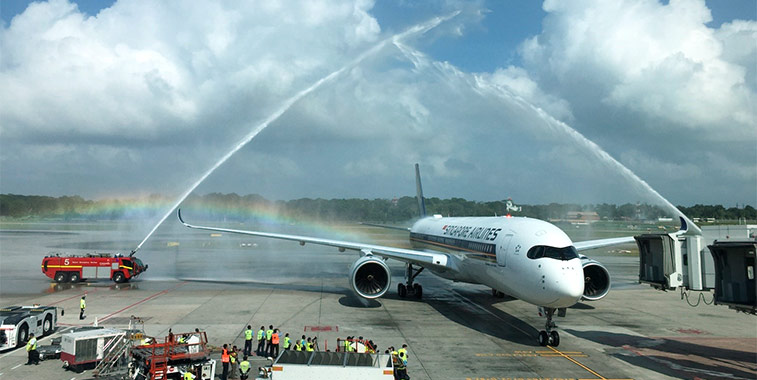 Singapore Airlines has taken delivery of its first A350 XWB, becoming the fifth operator of the all-new wide-body airliner. After an initial period flying on regional services to Kuala Lumpur and Jakarta, the aircraft will be deployed on long-haul flights from May, starting with Amsterdam and then Düsseldorf. The brand new aircraft was welcomed in Singapore with a fine fire truck water arch on 3 March. With a symbolic hammer stroke, Michael Eggenschwiler, Hamburg Airport CEO (in the left-hand digger), and Senator Frank Horch, Minister for Economic Affairs, Transport and Innovation in the city-state of Hamburg (right-hand digger), broke the first piece of concrete on the main apron of the German airport on 4 March, signalling the start of the thorough renewal of the aircraft parking area. Between now and 2020, the airport will be investing around 120 million euros in the comprehensive refurbishment. The work will be conducted in ten staggered phases so as to keep the impact on flight operations to a minimum. The first construction phase encompasses around 59,000 square meters in the southern apron and terminal area and is expected to be completed in July 2016. Budapest Airport welcomed the re-start of Qatar Airways Cargo services on 3 March. The twice-weekly (Thursdays and Sundays) operation is flown by the oneworld carrier’s A330Fs from its Doha hub. The dedicated freighter flights will complement the existing cargo operations on Qatar Airways’ daily passenger operations, which this month celebrated its fifth anniversary at the airport. Find out here how the Hungarian airport’s fire truck water arch for the launch of this cargo service scores when compared to the others from around the world.