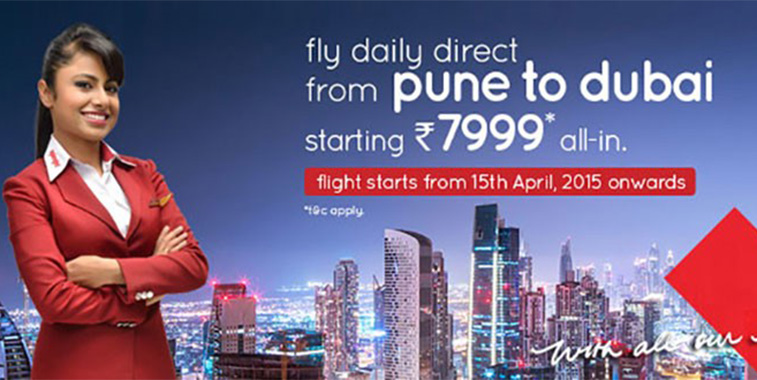 SpiceJet started daily flights from Pune to Dubai on 15 April last year, with the service replacing the airline’s previously operated four times weekly service from the Indian airport to Sharjah. The LCC is Pune’s third largest carrier, behind IndiGo and Jet Airways, and its 33% annual growth in terms of weekly seats has helped the airport break the five million barrier in 2015 for the first time.

What a year 2015 was for Pune Airport, the facility that serves the second largest city in the Indian state of Maharashtra – the largest city and capital being Mumbai, which lies around 125 kilometres to the north-west of Pune. Annual growth of 29% has meant that the predominantly domestic airport (passenger traffic is split 95.4% domestic; 4.6% international for the 10 months ending January 2016) has shattered the five million passenger barrier for the first time in its history last year. At the same time, it has jumped ahead of Goa Airport in terms of the Indian airports rankings, into ninth spot, as the coastal city 350 kilometres to the south grew by a more modest, but not-so-sluggish 12% only in 2015. 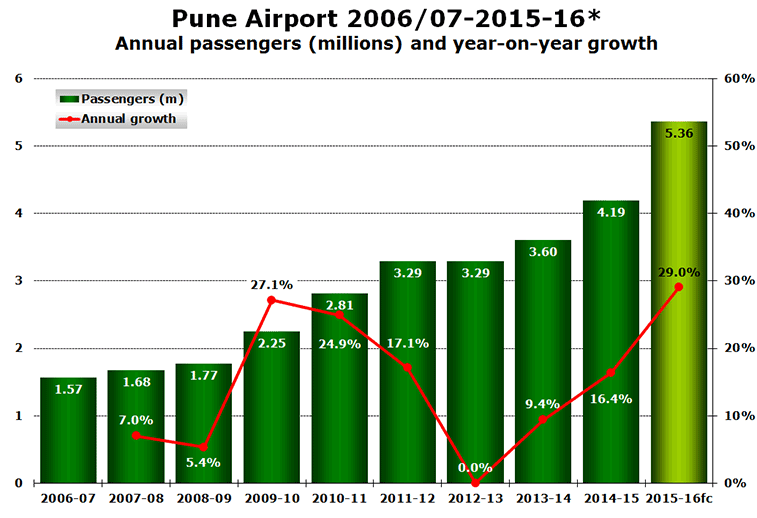 The dramatic rise of Pune is well-illustrated in the above passenger traffic graph, with the airport anticipated to grow by 240% if anna.aero’s forecast for the FY2015/06 period is proven correct. Looking back to OAG schedule data for the airport in March 2006, at that time Jet Airways was the #1 carrier at the airport, followed by SpiceJet and Indian Airlines (now part of Air India). To put this growth into further perspective, the airport’s total weekly seats in the week commencing 14 March 2006 (19,250) was less than IndiGo’s alone (24,000) for the same week in 2016.

Entering Pune’s monthly passenger data for 2015 into anna.aero’s Seasonal Variation in Demand (SVID) calculator, the airport performs very well, generating a score of 0.82 ‒ an ‘Excellent’ rating. The airport ranks second out of the 10 airports which have had their 2015 figures analysed, lying between its Indian peer Thiruvananthapuram (0.60) and Manila (0.99). Looking at the airport’s SVID result for 2014, Pune has improved its performance in the last 12 months, falling from a more ‘peaky’ 1.08 in the previous year.

In order to gain a thorough understanding of Pune’s seasonality, anna.aero’s data elves also ran a comparison with India’s tenth and 11th biggest airports, Goa (2.97 ‒ ‘Good’) and Thiruvananthapuram (0.60 – ‘Excellent’). From this, we can see that not only has Pune usurped Goa in terms of the Indian airport traffic rankings, but its seasonality profile is also more attractive. For Pune and Thiruvananthapuram, the quietest month of the year is February, but it is May at Goa. Despite this monthly variance, all three share the same busiest month of 2015 ‒ namely December.

When comparing this week (commencing 14 March) with the same week in 2015, the airport’s capacity as a whole have grown by an impressive 23% year-on-year. Last year’s #1 airline at Pune – Indian LCC IndiGo ‒ has retained its top spot with a robust 17% annual capacity increase. However the biggest growth since the same week a year ago comes from SpiceJet, which has added over 33% more seats, just beating second placed carrier Jet Airways (31%). The top 10 airlines was only a top eight last March, as Pune has welcomed Vistara with its daily services to Delhi, as well as JetKonnect, Jet Airways’ in-house LCC, with its daily services to Delhi and Bengaluru since then. 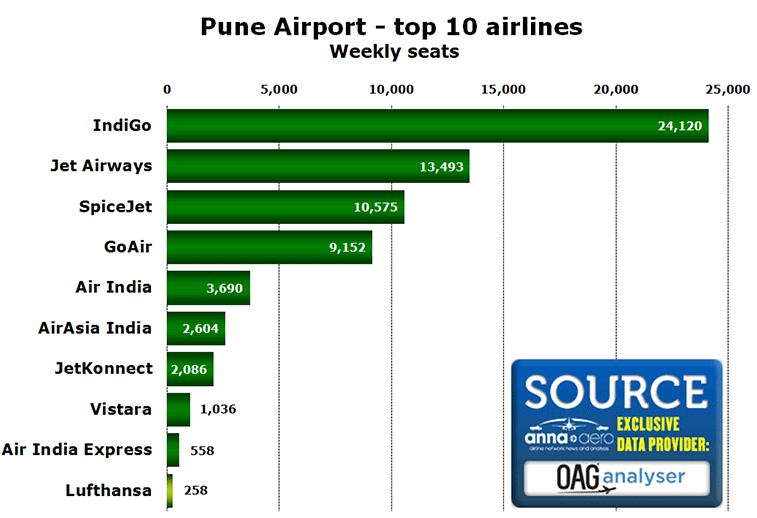 While Air India has trimmed its capacity by 5.7% in the last 12 months, it is not the only carrier at Pune to have cut its weekly seats. Lufthansa (the only European carrier serving the airport and highlighted in light green) has reduced its weekly operations from Frankfurt to Pune from four times weekly to thrice-weekly. The aircraft type on the 6,682-kilomtre sector has also changed since last March, with the 92-seat Privatair 737-800 being replaced with an 86-seat 737-700 from the same operating airline. Both capacity trims have resulted in a 30% reduction in the Star Alliance carrier’s weekly seats in Pune. Interestingly, the return sector from India utilises a technical stop in Bucharest, according to OAG schedule data.

Nine of Pune’s top 12 routes have shown growth in the last year, with capacity to Ahmedabad leading the way, delivering a 160% increase in its weekly seats, beating off a 97% rise to Jaipur and a 22% expansion on seats to Chennai. The airport’s network currently only stretches to 15 destinations, 12 domestic and three international (two of which are highlighted in light green), so it is of no surprise that these top 12 route represent 96% of weekly seats. Capacity to Hyderabad is the only route posting an annual decline (-2.1%), while weekly seats to Nagpur and Goa have both gone unchanged in the last 12 months. 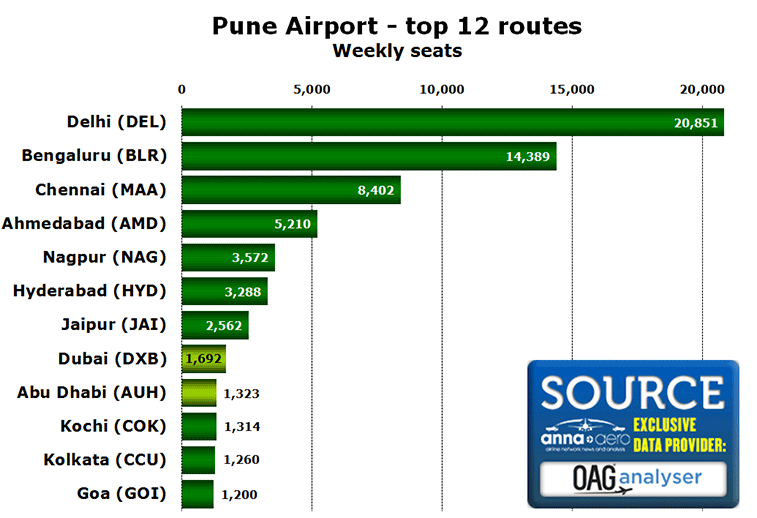 A year ago, Pune’s top 12 destinations did not include any international destinations, as capacity to both Abu Dhabi and Dubai has been added since last March, with the start of daily services by Jet Airways to the former on 29 March, while Spicejet started a daily route to the latter on 15 April (pushing the sector up from 14th place last March), both beginning last year. Looking ahead over the next 12 months and beyond, Pune presently does not have any new routes listed to start, according to anna.aero’s New Route Database. 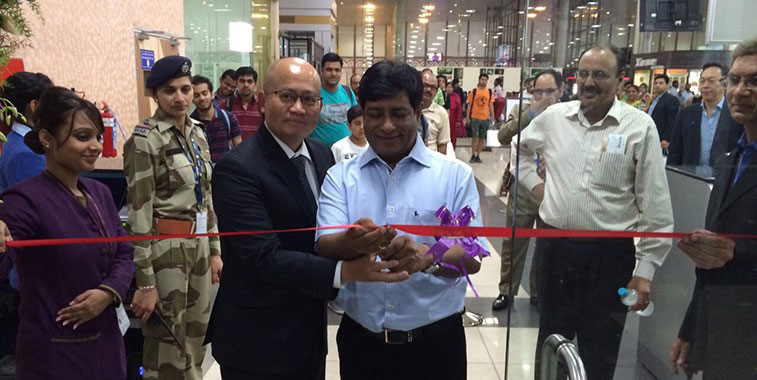 Over the last 12 months, Pune has welcomed two new carrier’s, one being JetKonnect, Jet Airways’ in-house LCC, while the other was Indian newcomer Vistara, which started daily Delhi services in April last year. As a result of these additions, the Indian airport now boasts 10 serving airlines.