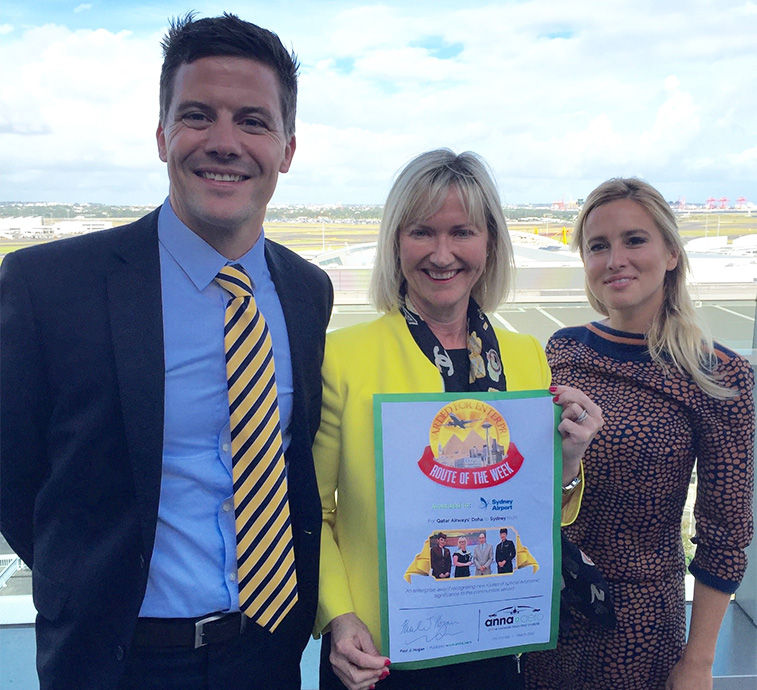 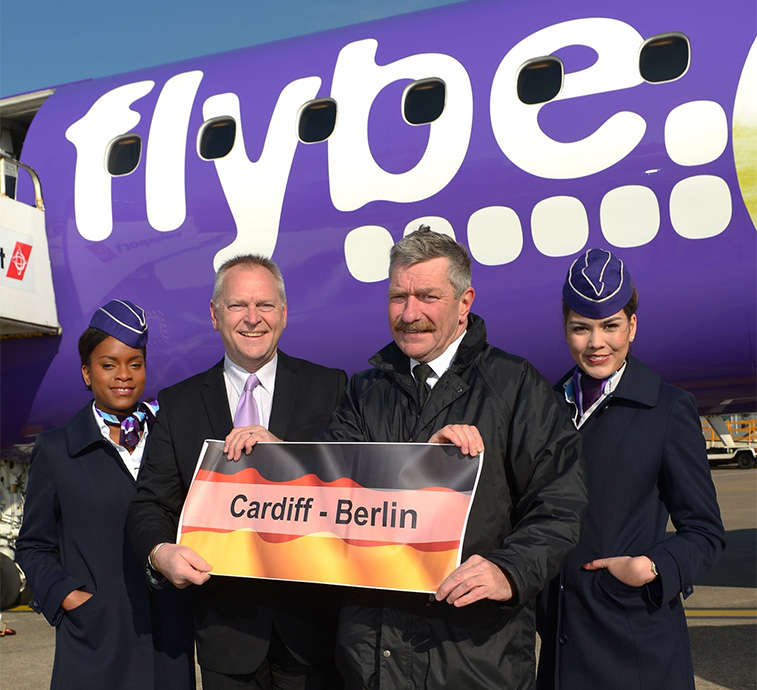 On 15 March Flybe announced that from 2 November it will launch a twice-weekly (Wednesdays and Saturdays) service between Cardiff and Berlin Tegel. Commenting on the announcement, Welsh Minister for Economy, Science and Transport, Edwina Hart said: “The addition of this new Flybe route to Berlin is great news for Welsh passengers and the tourism industry and a sign of growing confidence in Cardiff Airport. Following the recent increase in passenger numbers this is another positive step in the continuing development of the airport.” 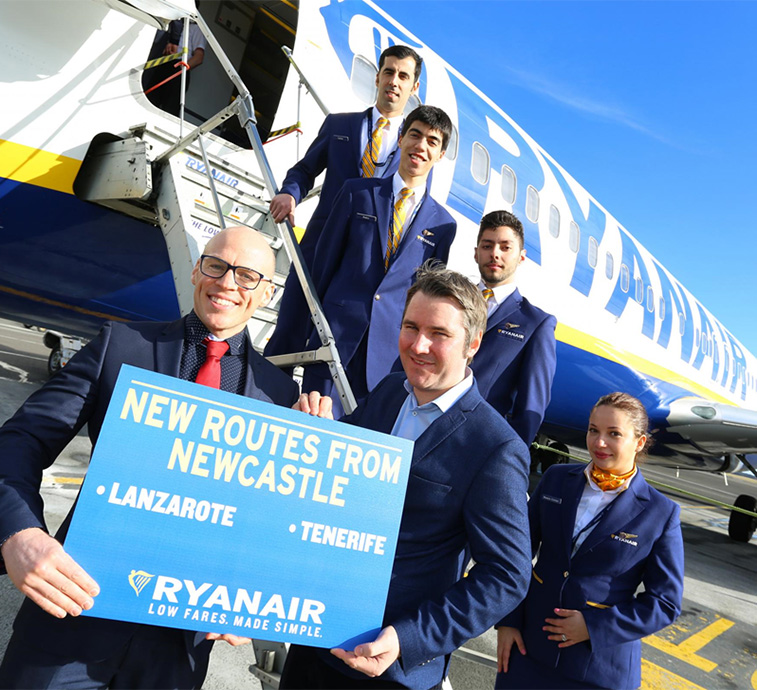 On 2 March Ryanair announced two new routes from Newcastle Airport which will join the carrier’s existing services from the UK city to Dublin and Alicante, as well as an already announced route to Malaga commencing on 2 April. Flights to Tenerife South and Lanzarote will commence on 1 and 2 November respectively, with both currently scheduled to be served twice-weekly. Pictured celebrating the news in Newcastle are Leon McQuaid, Aviation Development Manager, Newcastle Airport, and Robin Kiely, Head of Communications, Ryanair, as well as Ryanair crew. 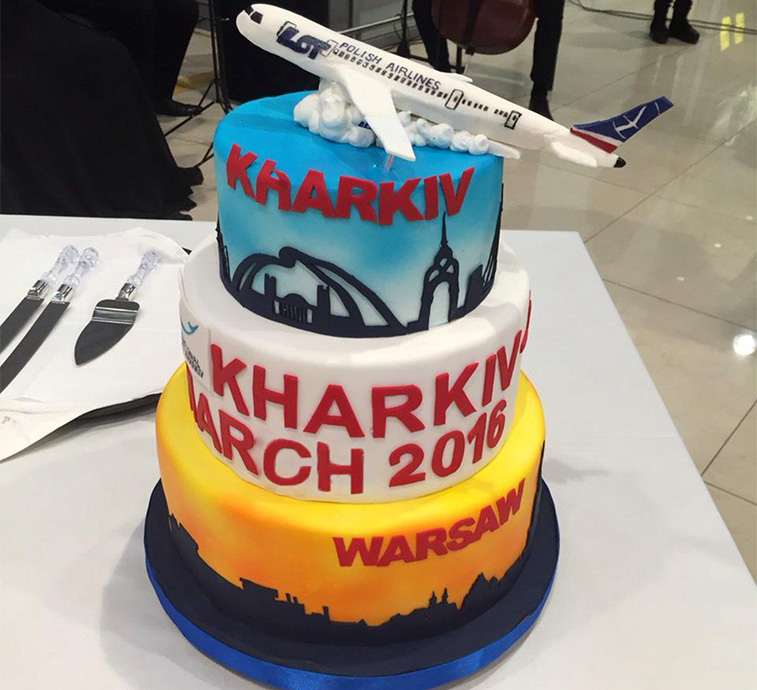 On 2 March LOT Polish Airlines launched services between Warsaw Chopin and Kharkiv, with the latter of the two airports celebrating with this impressive route launch cake. Services will be flown by the Star Alliance member five times weekly on its E175s, and the sector will face no direct competition. At the end of Routes Asia 2016 in Manila last week, a handover ceremony was conducted to welcome the host of next year’s event. The 16th Routes Asia forum will be the first to take place in Okinawa, Japan in March 2017. With the third highest GDP in the world, a population of 120 million and 110 million air passengers every year, Japan is an attractive market for the aviation industry. The 2017 event will be hosted by Okinawa Prefecture and supported by Okinawa Convention & Visitors Bureau. Katie Bland, Director of Routes, said of next year’s event: “As the first Routes Asia to be held in Japan, Okinawa will bring Routes to a new and growing market. Okinawa is a beautiful destination and the expansion of its airports means that there is plenty of scope for new air services.” Last week anna.aero’s Chief Analyst, Ralph Anker, spoke at the ACI 8th Annual Airport Economics & Finance Conference and Exhibition, which took place in London between 7 – 9 March at the Millennium Gloucester Hotel. A key message from his presentation was that while low-cost carriers continue to be the driving force behind short-haul growth within Europe, they are now increasingly competing with legacy carriers and, more interestingly, with each other for customers. On 13 March over 150 runners took part in a charity race around the runways of Manchester Airport. The six-kilometre race was organised by Manchester Airport and British Airways to raise money for their two chosen charities – CLIC Sargent and Flying Start. As well as the race, a family fun day at the airport’s Runway Visitor Park also helped to raise donations. In total £6,000 was raised for the two charities. UK TV and radio personality Vernon Kay was on hand to present the prizes to the lucky winners. Richard Keep, aged 33 and from Birmingham, was the fastest around the course completing it in just over 20 minutes. His efforts saw him win a pair of return long-haul flights with British Airways. 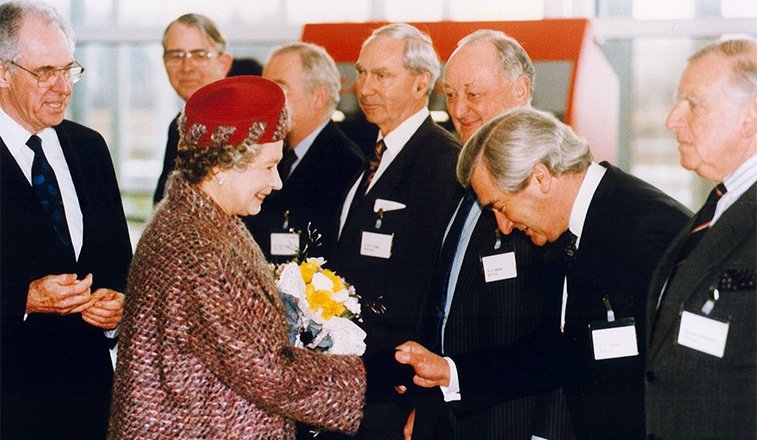 London Stansted Airport on 15 March celebrated the 25-year anniversary of HM the Queen opening the terminal building at what is now London’s third busiest airport. Since it opened in 1991 it has welcomed 350 million passengers and 3.2 million flights. The airport is also the UK’s busiest single terminal facility having welcomed 23 million passengers last year.