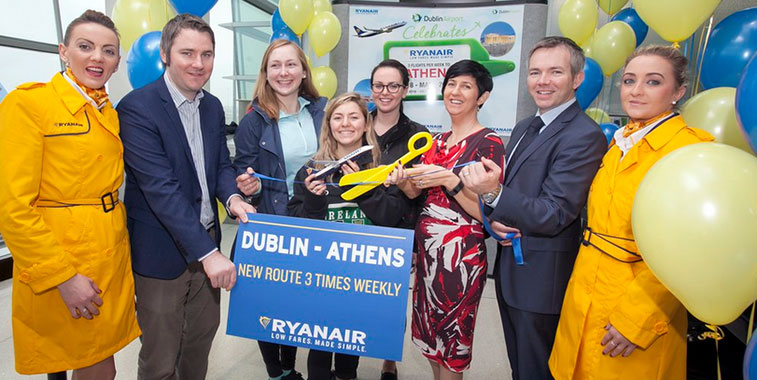 More ribbon cutting at the other end of the route linking the Irish and Greek capitals, this time Athens Airport’s Director, Communication & Marketing, Ioanna Papadopoulou (left) was presiding over the gate lounge ceremony. The Ryanair route from Budapest to Malta is off and running. Continuing its running shoe theme for its route launch cakes to promote its Runway Run on 3 September ‒ the air transport industry’s premier charity-sportive event ‒ the Hungarian airport this time baked one in the Irish ULCC’s colours.