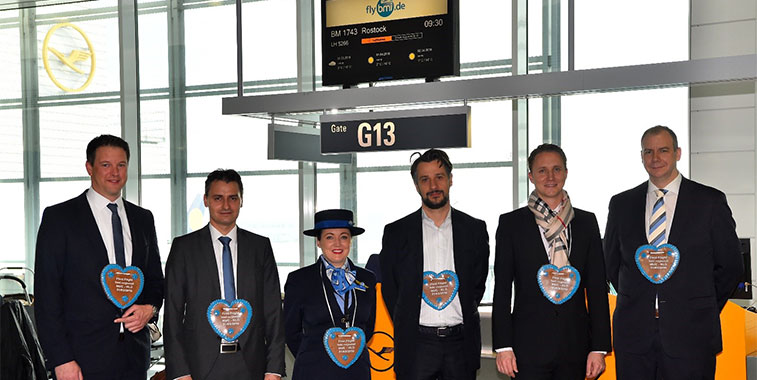 Celebrating the start of bmi regional’s services from Munich at Rostock Airport with cake are: A passenger on the inaugural flight; Jochen Schnadt, CCO bmi regional; Christian Pegel, Minister for Energy, Infrastructure and State Development of the State of Mecklenburg-Vorpommern; and Dr. Rainer Schwarz, MD Rostock Airport. Services on the 620-kilometre German domestic link will operate six times weekly. 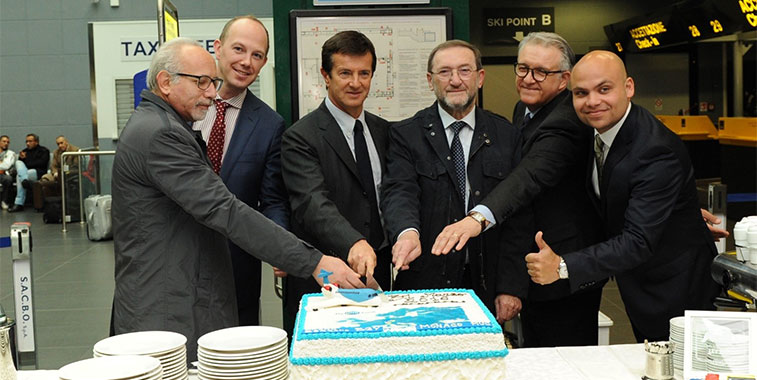 Milan/Bergamo Airport celebrated the start of bmi regional’s services from Munich with a traditional cake-cutting ceremony. Flights between the two airports will operate daily according to OAG Schedules Analyser data with the carrier using its 37-seat ERJ 135s on the route.