Porto Airport celebrated the start of Aigle Azur’s flights from Lyon on 31 March by greeting passengers as they stepped off the aircraft with a single rose. Inaugural passengers were also treated to a slice of traditional route launch cake. Flights will operate thrice-weekly. 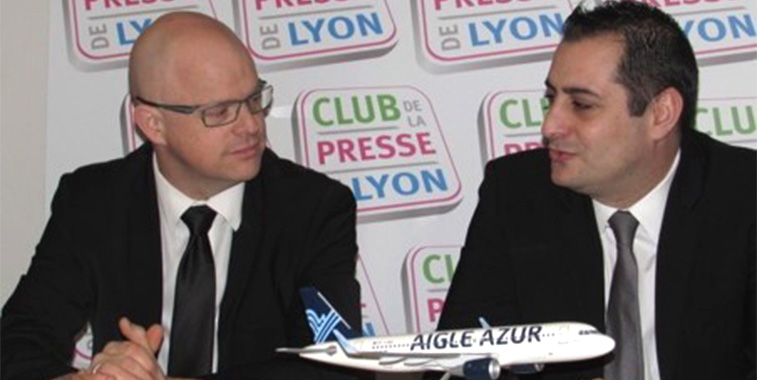 Aigle Azur commenced services from Lyon to Porto and Dakar, with the latter operating via the carrier’s existing Marseille services to the capital of Senegal. Seen speaking at a press conference about the new routes are David Thompson, Head of Route Development, Lyon Airport, and Tiago Martins, Deputy Commercial Director of Aigle Azur.