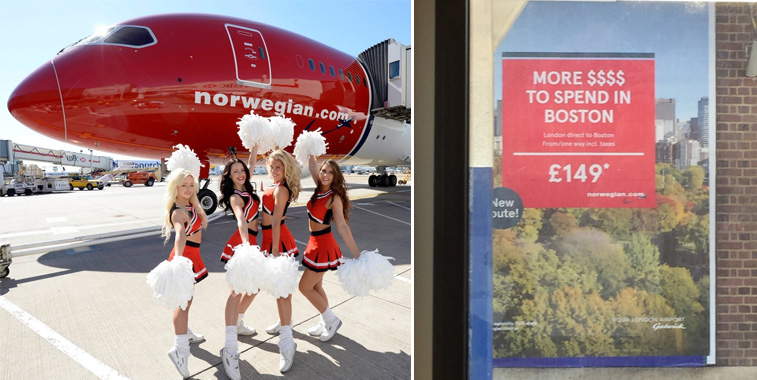 Norwegian commenced services from London Gatwick to Boston on 27 March using its 787-8 fleet. The new service is being well advertised across the UK capital, with one of anna.aero’s data elves noticing this advert for the route on the London Tube recently. Norwegian actor and comedian Atle Antonsen was on hand at Oslo Gardermoen on 2 April to help Norwegian celebrate the launch of services to Boston. The 5,621-kilometre route will operate weekly (Saturdays) onboard the LCC’s 787-8 fleet.