Ryanair launched its first operations from Belfast International on 27 March by basing one 737-800 at the Northern Ireland facility. The aircraft will operate a four times daily service to London Gatwick, competing directly with easyJet. On hand to celebrate the inaugural flight was the crew along with: Lisa Buckley, Sales and Marketing Executive, Ryanair; Graham Keddie, MD of Belfast International; and Uel Hoey, Business Development Director, Belfast International. Passengers arriving on the inaugural flight from Frankfurt Hahn to Newquay on 3 April were greeted with traditional Cornish Pasties. On hand to help give out the Cornish delights were Lisa Buckley, Sales and Marketing Executive, Ryanair, and Al Titterington, MD of Newquay Airport. Flights on the 872-kilometre sector will operate twice-weekly on Thursdays and Sundays. 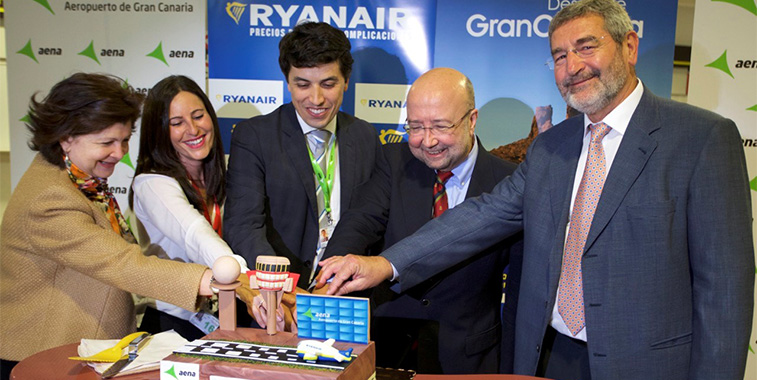 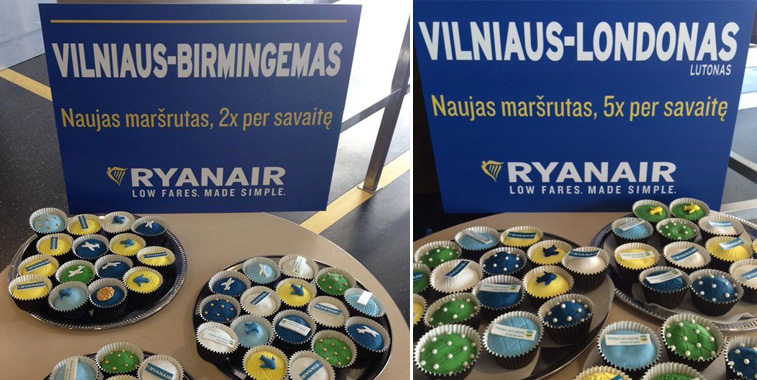 Vilnius Airport celebrated the start of services to Birmingham and London Luton by treating passengers on the inaugural flights to Ryanair branded cupcakes. Services will operate twice-weekly to the UK’s second city while services to the capital will operate five times weekly and face direct competition from Wizz Air. Porto Airport celebrated the start of Ryanair’s thrice-weekly services to Copenhagen with this fantastic cake which depicts the Little Mermaid by Edvard Eriksen. The 2,224-kilometre sector to the Danish capital will face no direct competition. 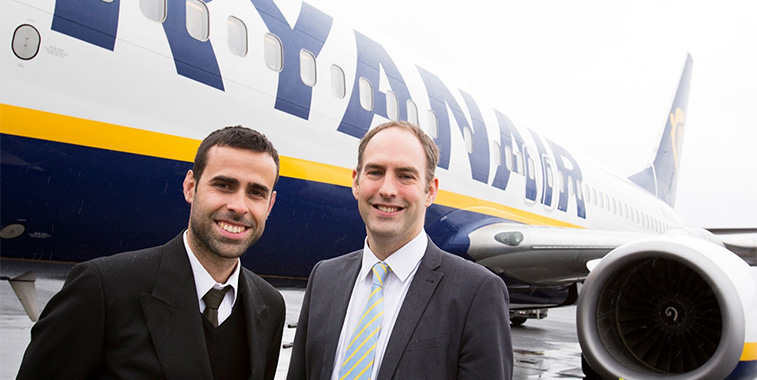 Palanga Airport in Lithuania welcomed the arrival of Ryanair on 29 March when it commenced a twice-weekly (Tuesdays and Saturdays) service from London Stansted. On hand to welcome the first flight was Arune Jaraite, Sales and Marketing Executive, Ryanair, and Sarunas Vaitkus, Mayor of Palanga. Passengers on the first flight were greeted with cupcakes on arrival. 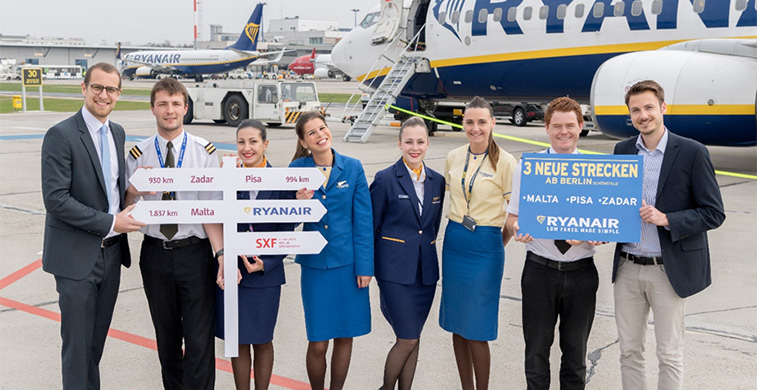