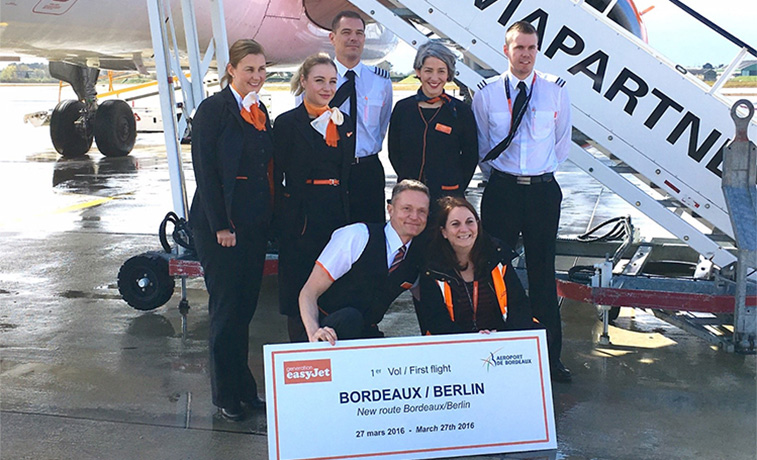 On 27 March easyJet commenced services between Berlin Schönefeld and Bordeaux, a 1,366-kilometre route that will be operated four times weekly onboard the carrier’s fleet of A319s according to OAG Schedules Analyser data. Seen celebrating in Bordeaux is the crew which operated the inaugural flight from the German capital. 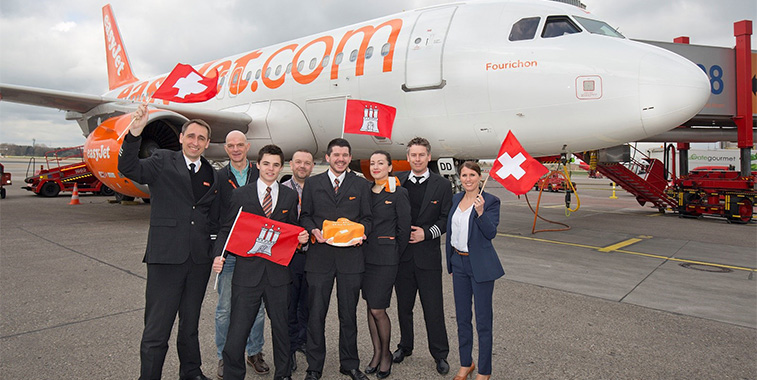 On 27 March easyJet launched a four times weekly service between Zurich and Hamburg, with the German airport celebrating the new route with a traditional route launch cake. Services on the 692-kilometre city pair will face direct competition from SWISS and Eurowings according to OAG Schedules Analyser data. On hand to welcome the arrival of the carrier’s new service was Alexandra Ringel, Senior Manager Traffic Development & Sales, Aviation Marketing, Hamburg Airport (far right). 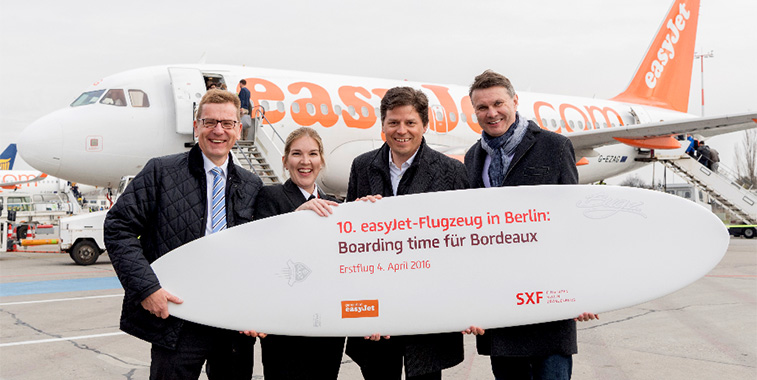 It was a double celebration for easyJet at Berlin Schönefeld recently. On 4 April the carrier welcomed its tenth aircraft to its German capital base. Recently the carrier has launched routes from the facility to Bordeaux and Pristina, both commencing on 27 March. Helping to celebrate the arrival of the tenth aircraft are Dr Karsten Mühlenfeld, CEO of Berlin Brandenburg Airport, and Thomas Haagensen, MD easyJet Germany. 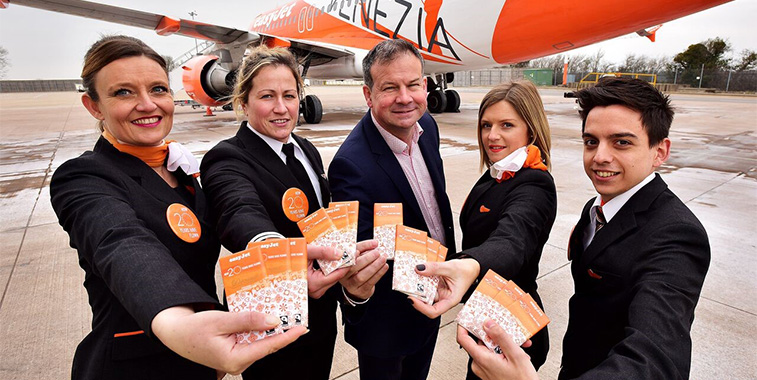 easyJet commenced services from Bristol to Venice Marco Polo on 23 March, while the UK airport also gained a connection to Nantes the following day. On hand to celebrate the launch of flights to the Italian gateway by posing with the airline’s Venice branded aircraft was: easyJet First Officer Kate Newton; easyJet cabin crew; and Shaun Browne, Aviation Director, Bristol Airport.