Prague-Florence is Skyscanner “Unserved Route of the Week” with 80,000+ searches in 2015 – not a bridge too far for Vueling! 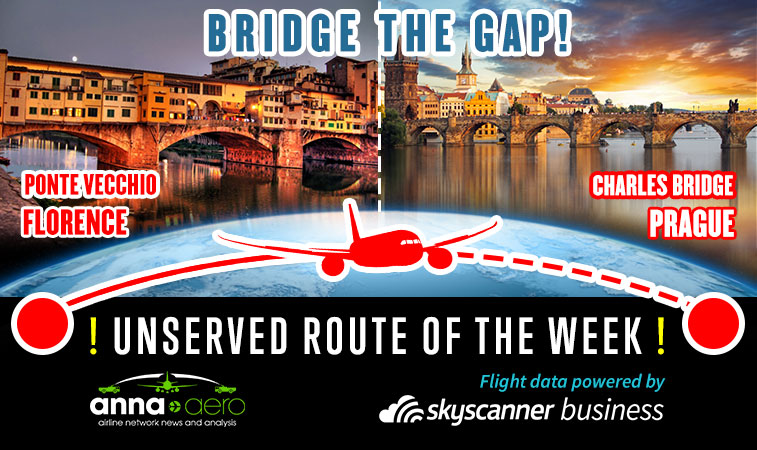 Czech it out Vueling! The IAG-owned low cost carrier has many seasonal routes to its touristic Florence base. 80,000 users of the Skyscanner flight comparison site looked for Florence-Prague flights last year. But the demand is not only about romantics flocking to Florence – significantly most of the searchers were Italians wanting to go to Prague, and the busiest month is November! A great time for Vueling to use aircraft otherwise parked for the winter.

With 80,000 searches last year, a potential new route from Prague to Florence has been identified as this week’s Skyscanner for Business-anna.aero “Unserved Route of the Week” – a powerful new kind of analysis based on aspirational data captured from the Skyscanner.net flight comparison site used by +50 million unique visitors per month. 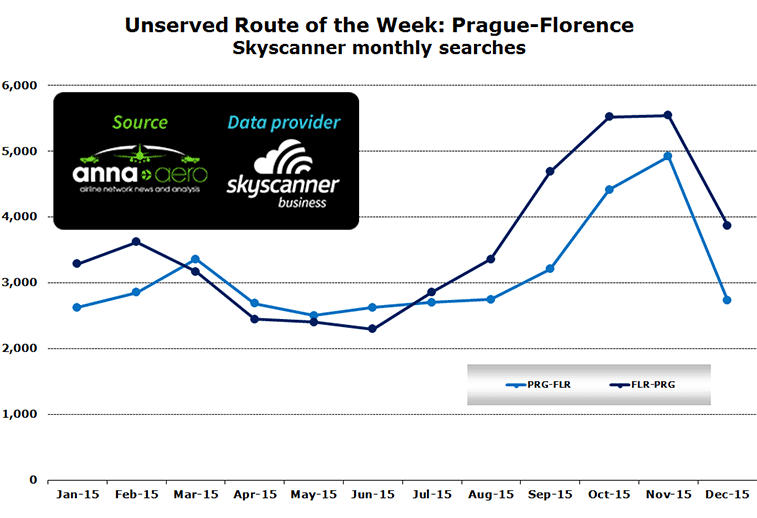 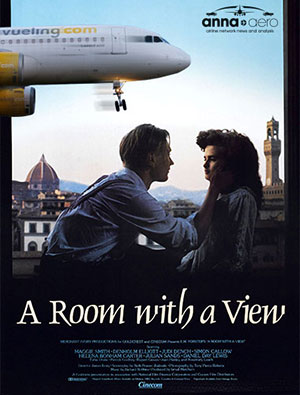 With marginally more traffic originating from the Italian end ‒ a 54/46 split – this route looks like an obvious candidate for Vueling, the largest carrier at Florence, which currently provides a network of nine city pairs. However, according to anna.aero’s New Route Database, the airline hasn’t launched a service from the airport since July 2015 when it began a weekly seasonal (Saturday) service to Tel Aviv – a route which is planned to resume again this summer. During S16 Florence Airport’s total scheduled destination network offers 33 routes in the peak, against just 24 for the week commencing 5 April, according to OAG Schedules Analyser. Indeed Vueling (which is owned by IAG, owner of British Airways, Iberia and Aer Lingus) has a very seasonal Florence route network which rises from nine to 16 in August, with services to Mykonos, Santorini, Ibiza, Cagliari, Olbia and Split joining Tel Aviv for the summer…

…but, but, but… Skyscanner Travel Insight suggests the peak months are not in summer at all! When looking at the last year of searches, the busiest month for potential traffic flows (for both directions on the route combined) is November 2015 with over 10,000 searches –  nearly 6,000 more than the lowest monthly figure, which was recorded in May 2015 (5,000). Indeed the seasonality profile of this search data is slightly less extreme than last week’s Unserved Route of the Week (Barcelona to Seoul), with the low-month traffic representing 47% of the highest month.

Why Czech Airlines should take it back for Skyteam

According to OAG Traffic Analyser, because there is no direct service, the top three connecting options chosen by those passengers who did book travel between Prague and Florence in 2015 were Frankfurt (31%), Paris CDG (18%) and Zurich (13%).

These alternative transfer points give Star Alliance-dominated airports the lion’s share (44%) of the existing transfer. Therefore obviously a Prague-Florence route should also appeal to Czech Airlines, especially as the Skyteam carrier is very much in route-launch mode this season. Just this week Czech Airlines has launched new routes from Prague to Gdansk and Poznan, and will soon start services to Birmingham (22 April), Kazan and Zagreb (both 27 April), Skopje (19 May) and Malta (11 June). However, on 3 May, Czech Airlines will also launch Prague-Pisa services – just 67 kilometres from Florence. Is this “a bridge too near”?

An O&D that is not served by a non-stop flight will typically display a low purchase rate and low traffic. In this instance Skyscanner’s Travel Insight indicates a monthly average of just 5.1% for the Prague to Florence route (see graph below). Therefore, if there was a Prague to Florence route, and if bookings performed in line with the “Skyscanner market average” for direct services at both airports (9.0%), the airline operating this route could immediately expect an improved purchase rate of 77% without any increased marketing spend. However, with 80,000 annual searches, the potential city pair should already be very sustainable. Belissimo! 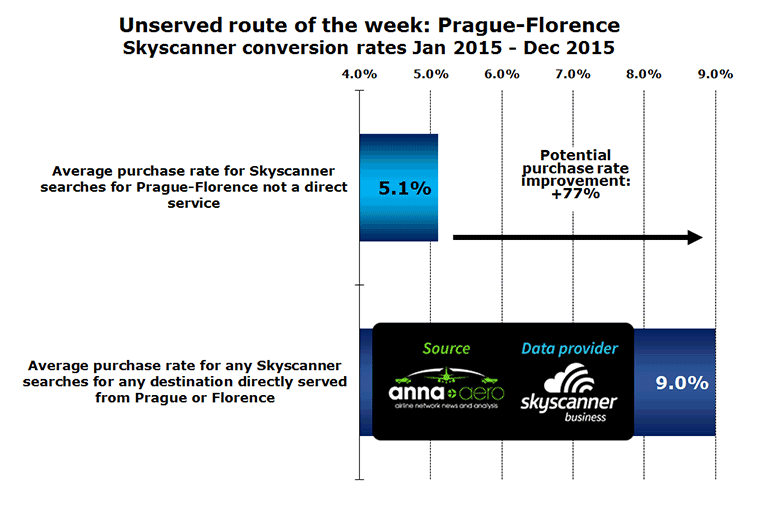