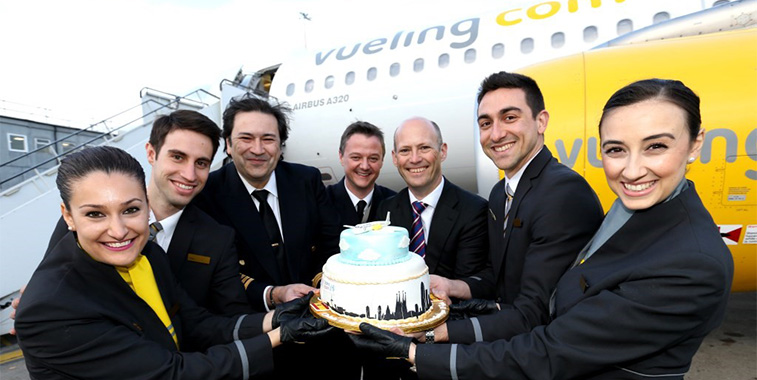 Liverpool Airport on 25 March welcomed the arrival of Vueling’s inaugural service from Barcelona with a traditional route launch cake. Celebrating the start of services along with the inaugural crew is Mark Povall, Director of Air Service Development, Liverpool Airport. 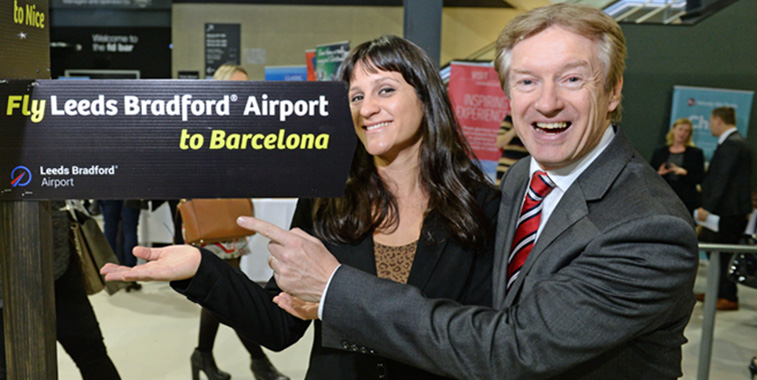 Teresa Lucia Cabrera Cavallero of Vueling and Tony Hallwood, Aviation Development Director, Leeds Bradford Airport, celebrated the start of the carrier’s services from the UK Airport on 25 March. The 1,423-kilometre sector will face direct competition from Jet2.com and Monarch Airlines.