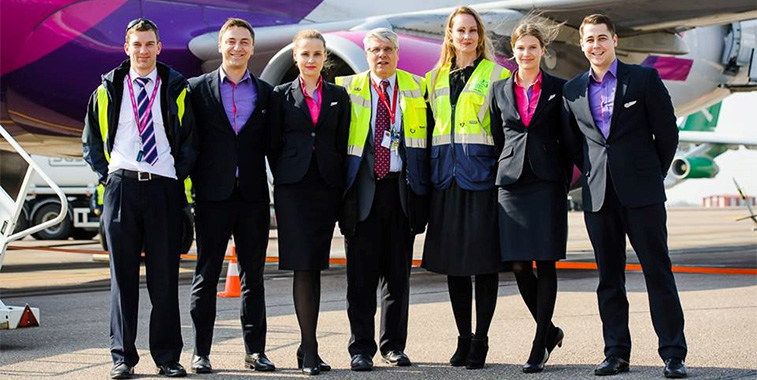 On 29 March Wizz Air commenced services to Kaunas in Lithuania from London Luton, heralding the carrier’s first operations from the airport. Flights on the 1,646-kilometre link from the UK capital’s fourth largest airport will operate five times weekly in direct competition with Ryanair. Liverpool Airport celebrated the start of Wizz Air flights from Budapest on 23 March with a traditional route launch cake. The carrier also added fights from the UK airport to Katowice on 29 March. Both routes will be flown twice-weekly onboard the airline’s A320 fleet. Sofia Airport celebrated the start of Wizz Air’s services to four new destinations on 28 March, namely Alicante, Birmingham, Lübeck and Oslo Torp. Passengers on the inaugural flight from the latter destination were greeted with a traditional Bulgaria snack as they arrived in the nation’s capital. 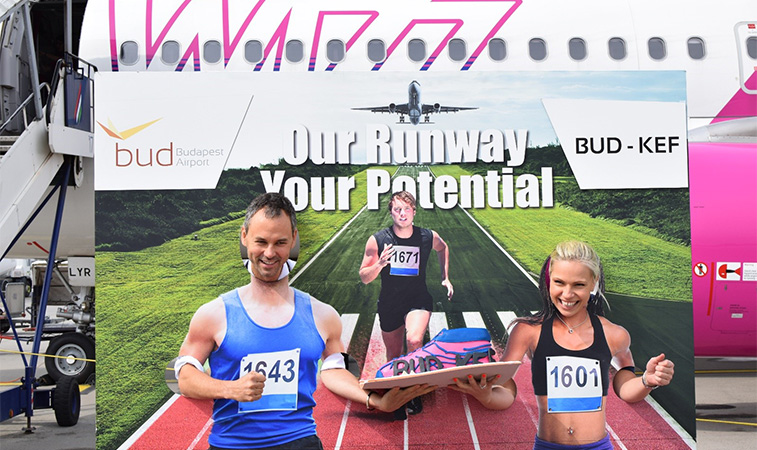 Budapest Airport welcomed the start of Wizz Air’s inaugural flight to Reykjavik/Keflavik on 24 March. Celebrating in the sporting spirit of the capital city airport, with its now traditional running shoe-styled cake, are Balázs Bogáts, Head of Airline Development at Budapest Airport, and Tamara Mshvenieradze, Corporate Communications Manager at Wizz Air Reykjavik/Keflavik Airport celebrated the start of Wizz Air services to Budapest by treating inaugural passengers to light refreshments and snacks before departure. The 3,112-kilometre link will be operated twice-weekly on Wednesdays and Sundays. 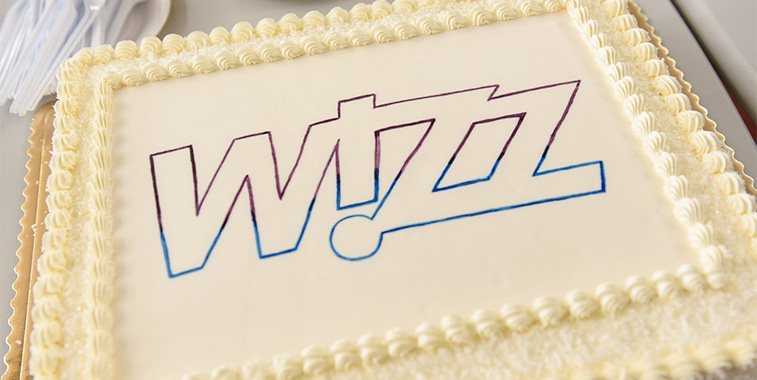 Palanga Airport welcomed the arrival of Wizz Air flights from London Luton with a simple route launch cake. Wizz Air will operate a thrice-weekly service to the Lithuanian airport from the UK capital. 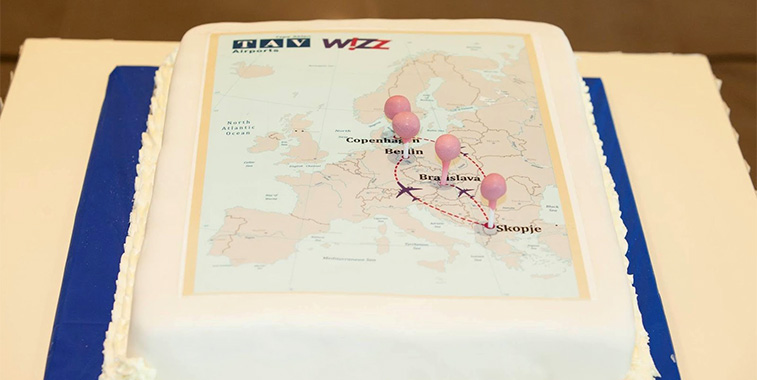 Skopje Airport celebrated the start of Wizz Air services to Copenhagen and Bratislava with this route map cake. Also highlighted is Berlin which the carrier launched services to on 21 March from the Macedonian airport.