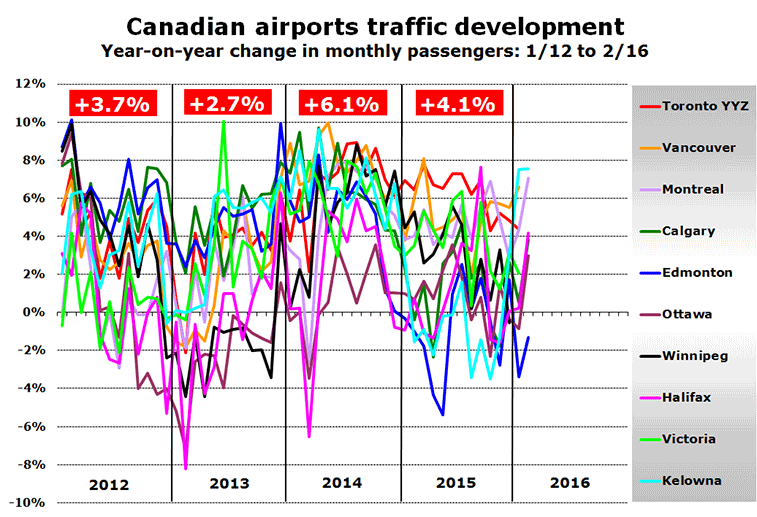 Vancouver leads way on US growth

The eight busiest Canadian airports all break down their traffic figures into domestic, transborder (US) and international (non-US). A graph of 2015 ‘growth’ for each airport by geographic region reveals that domestic traffic was up at all eight airports, though none saw growth of more than 5%, with Winnipeg leading the way with +4.7%. In the transborder market just three of the eight airports reported growth; Vancouver (+8.0%), Toronto Pearson (+6.2%) and Montreal (+3.8%). 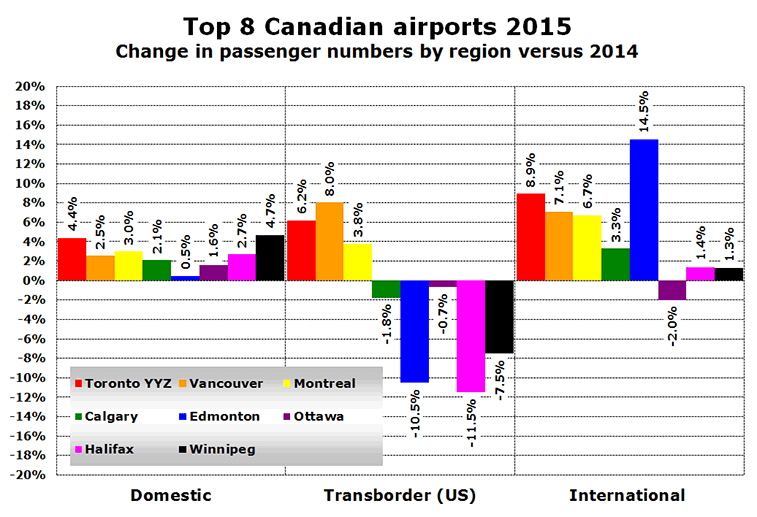 This summer sees Air Canada, WestJet and Air Transat all launching multiple new international services. Of particular interest will be the start of WestJet’s wide-body operations from London Gatwick to a number of Canadian destinations, while Air Canada rouge is adding several new transatlantic services. While most new international services from Canadian airports are operated by local carriers, anna.aero has identified some that will be operated by foreign carriers.

Brussels Airlines’ inaugural flight from Brussels arrived at Toronto Pearson on 7 April. This new service maintains a link between the Belgian capital and Toronto after India’s Jet Airways moved its operation from Brussels to Amsterdam at the start of the summer season.