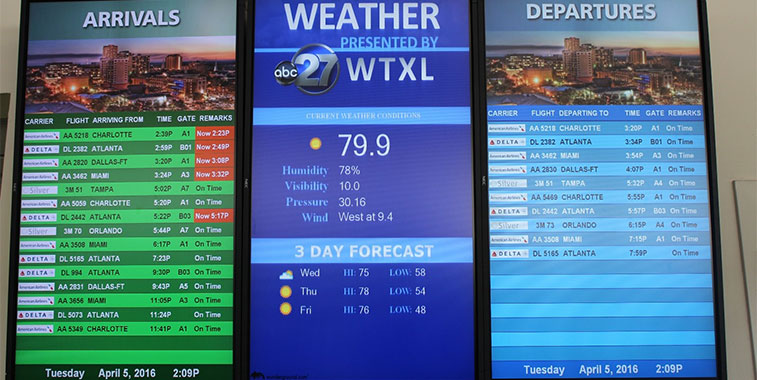 After sponsoring the Sixel Airports Conference, Tallahassee International Airport will be hoping for a few more destinations on this departures board in the months to come. Chris Curry, the airport’s Director of Aviation is hoping to encourage hub service from Washington and Houston, as well as enticing the likes of JetBlue Airways to the facility.

In Florida’s state capital of Tallahassee in the north-west of the Sunshine state, Sixel Consulting Group (SCG) held its Spring bi-annual Airports Conference this week (the other is in the fall), giving 44 small and medium-sized US airports the opportunity to talk air service development with 10 US airlines, ranging from industry heavyweights like American Airlines and Southwest Airlines to regional carriers like Southern Airways Express, and market newcomers like NewLeaf. The event sponsor and local facility, Tallahassee International Airport, was also able to showcase its small, but perfectly formed, terminal which currently handles around 700,000 passengers per year. As official media partner, anna.aero’s Editor Marc Watkins attended this US domestic route development conference last week to learn more about the event, as well as informing the airport delegates on how anna.aero can help promote air service development opportunity and success to the network planning community. The builders are in. The Sixel Airports Conference programme kicked-off with a tour of the currently under renovation, 700,000 annual passenger handling, Tallahassee International Airport terminal on the Tuesday afternoon. Part-time tour guide and Deputy Director of Aviation David Pollard (in foreground in burgundy of last image – he wears many hats) informed the visitors that the airport was originally built in 1989 and took on international status in June last year. How many people have seen the world’s most powerful magnet? Well the delegates on the Tallahassee tour programme have. Located just five minutes from the international airport, the National High Magnetic Field Laboratory (MagLab for short) is home to the 45-tesla magnet (they are planning to build a 60 tesla one). To put that in context, the power of a magnet which you may see picking up cars in a junkyard is one tesla. Other interesting information includes the fact that 1,600 scientists from around the world visited MagLab last year and when the laboratory is running at full capacity it consumes 10% of the city’s electricity! The second day of the Sixel Airport Conference was opened by Mark Sixel, President of the Sixel Consulting Group, who thanked delegates and sponsors at the event, which boasted 44 airports and 10 airlines. The venue for the morning’s activities was the splendid Horizon Ballroom at the Hotel Duval. The assembled attendees were then welcomed to the city by Mayor Andrew Gillum and Commissioner Scott Maddox. 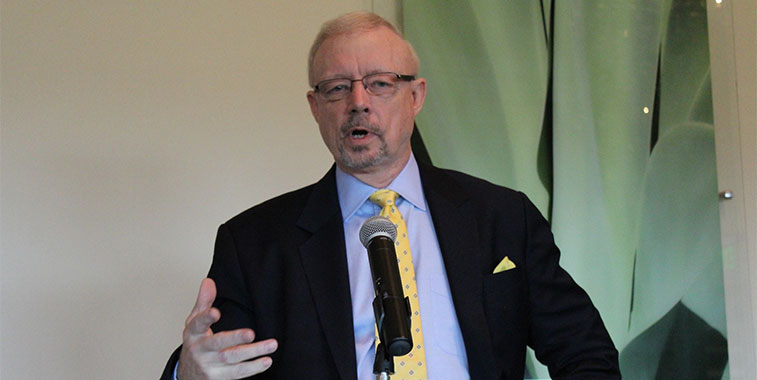 Ed Davidson, President & COO of National Airlines was meant to give a keynote speech entitled Airports and Airlines – Living with the Love/Hate Relationship, but elected to discuss free trade and open skies, given that both of these two issues are currently being used as political footballs by both leading presidential candidates. He urged delegates to not “stay silent” and to “get involved” and make sure that the US does not take a step backwards in regards to these two matters. 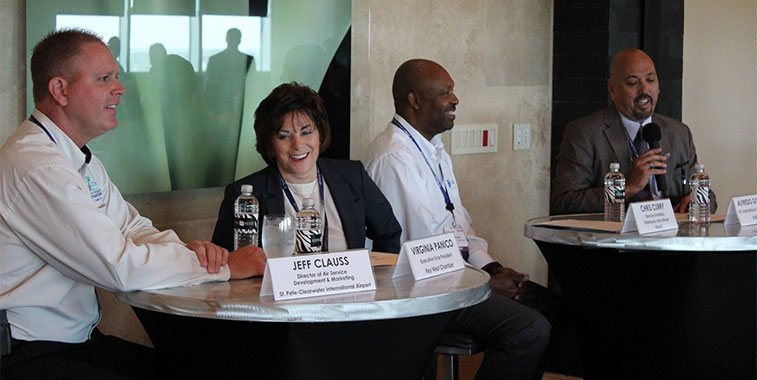 Following the mid-morning coffee break, attendees were given the opportunity to quiz a Florida expert panel which included: Jeff Clauss, Director Air Service Development & Marketing, St.Pete-Clearwater Airport; Virginia Panico, EVP Key West Chamber; Chris Curry, Director of Aviation Tallahassee International Airport; and Alfredo Gonzalez, VP, International Sales and Market Development from VisitFlorida. What was made clear to listeners to the discussion were the visitation and spending goals set by the Florida Governor’s office. The state has exceeded its target of 100 million annual visitors (it has attained 105 million), and these are spread from Key West to Pensacola. The majority of these visitors (85%) are derived from the domestic market, with the remainder from the international market. However, 36% of spend comes from overseas travellers. 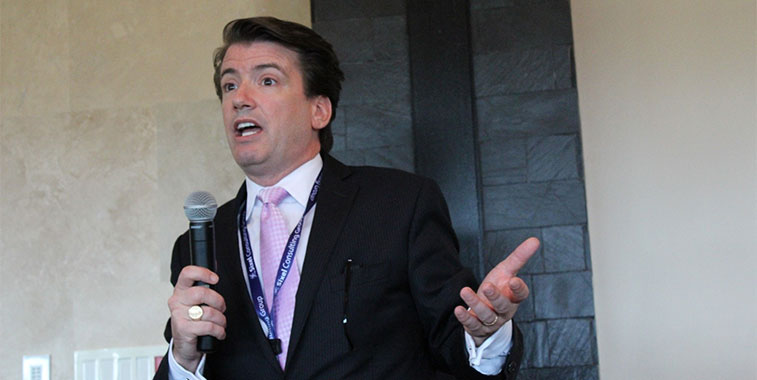 Next-up was an industry overview from Stan Little, Chairman and CEO of Southern Airways Express, which specialises in using nine-seat Cessna Caravans, predominantly from Memphis, to secondary regional markets on flights typically up to two hours. However, it also takes on the USB3 (American Airlines, Delta Air Lines and United Airlines), for example, the airline links the Tennessee airport to DeKalb-Peach Tree Airport, which is a public use facility just north-east of Atlanta. It’s able to compete on this route despite the fact Delta offers a nine times daily operation between the city’s two main airports, by offering slightly cheaper fares, as well as a marginally shorter total journey time between the two downtown areas. 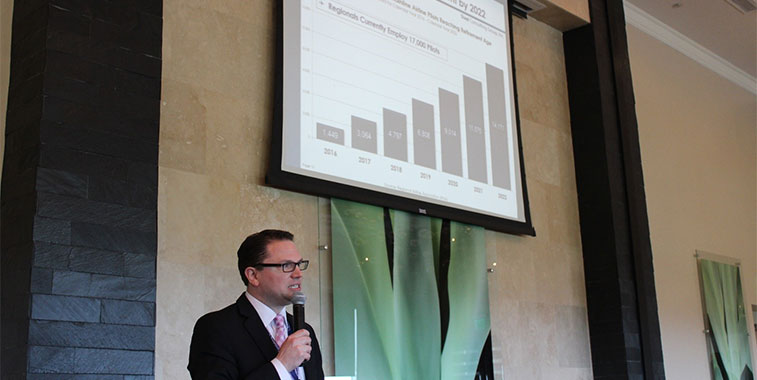 Closing out the session on the busy Wednesday morning agenda was Jack Penning, Executive Director Air Service Development from Sixel Consulting Group, who gave an invaluable industry update to delegates at Hotel Duval. He revealed startling facts like that since 1978, 51 low-cost airlines have been launched in the US, of which only eight are still in existence today. Penning also shared some of his analysis on the air service development undertaken by the USB3 (American Airlines, Delta Air Lines and United Airlines) over the past 12 months – collectively they have launched 83 new routes, but also cancelled 23, and that 58% of those new routes were on city pairs already served by at least one incumbent airline. 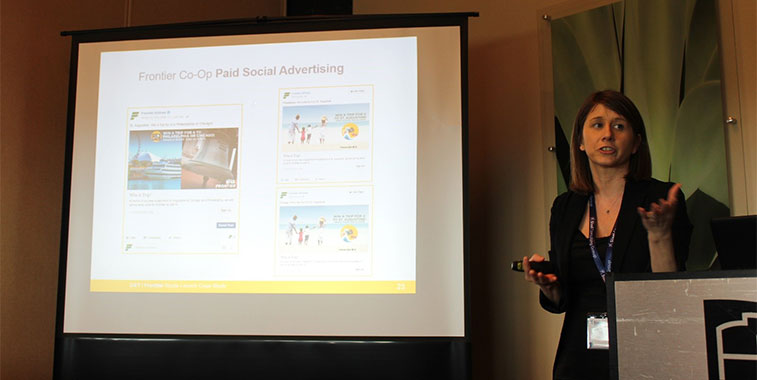 In the first of the concurrent sessions after lunch, Elizabeth Flores, Executive Director – Community Development and Marketing at Sixel Consulting Group, assisted by her colleague Diana Kotecki, Marketing and Community Engagement Specialist, discussed the support that the consultancy provides once a route has been announced and the multi-organisational work that should go into a successful route launch. Flores’ example was Frontier Airlines’ launch to St. Augustine in north-east Florida from Chicago O’Hare and Philadelphia – the two services are planned to commence next week, the former on 14 April and the latter on the following day. 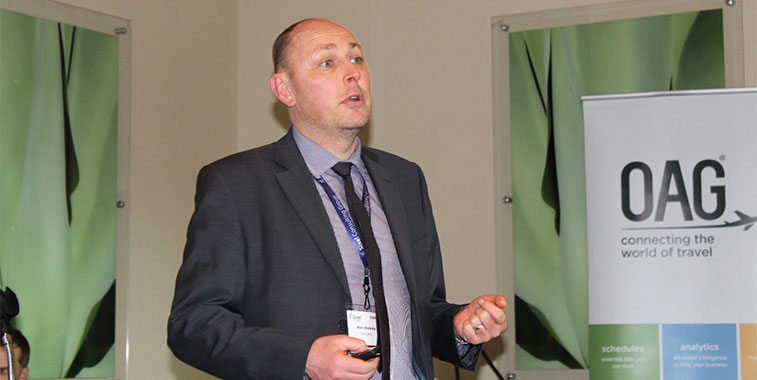 anna.aero’s Editor Marc Watkins gave the attending small and medium-sized US airports an insight into how the website and newsletter can help promote their air service development priorities to US and global airlines’ network planners. Essentially it boiled down to two things – cake and fire truck water arches! He also briefed them on the exciting new Unserved Route of the Week feature. 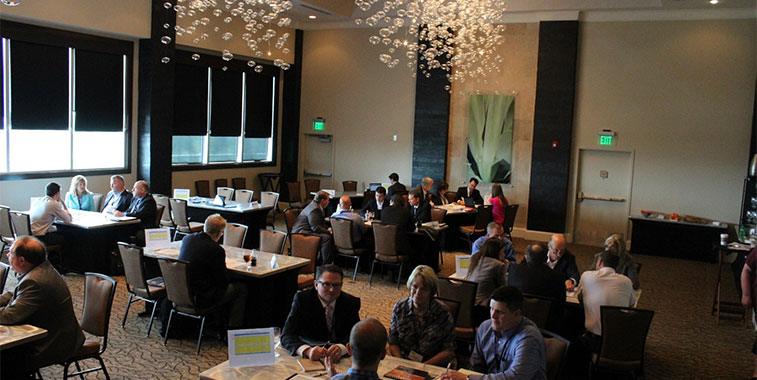 Although the concurrent seminars were drawing plenty of delegates to the separate conference room just next door, the real business – the one-to-one meetings between the gathered airline and airport attendees – was taking place in an adjoining room. Hundreds of individual route development discussions took place over the Wednesday and Thursday of the event. At the end of the second day of the Sixel Airports Conference delegates were invited to Fire Betty’s Arcade, which offered the chance to play retro video games, as well as bar classics like pinball, table football and air hockey. The evening included the grudge match to end all grudge matches between Richard King from Sioux Falls Regional Airport and Clint Torp from La Crosse Regional Airport (playing for the black team on the left) and AJ Underwood from QuickFlight Services and Katie Jones from Sixel Consulting (playing for the yellow team on the right). The result went with the yellow team, and was accompanied by lots of jeers and shaking of booty from the victorious squad.