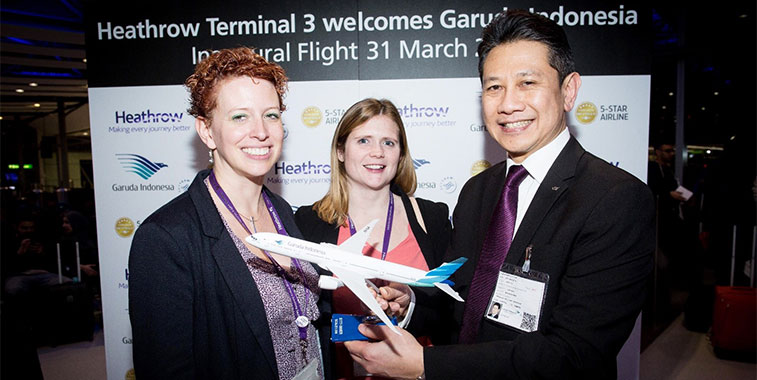 Indonesia’s flag-carrier Garuda Indonesia recently launched its first ever flights to London Heathrow. Previously the SkyTeam carrier had been serving London Gatwick via Amsterdam. The new service to Heathrow from Jakarta has to make a technical stop in Singapore on the outbound sector due to runway works at Indonesia’s busiest airport. The carrier has seen total passenger numbers (including those at its low-cost subsidiary Citilink) grow by 61% in the last three years, but international traffic has grown by a mere 16%. During the same period, Citilink passenger numbers have grown by 228% as Garuda takes on the likes of Lion Air and Indonesia AirAsia in the LCC market. 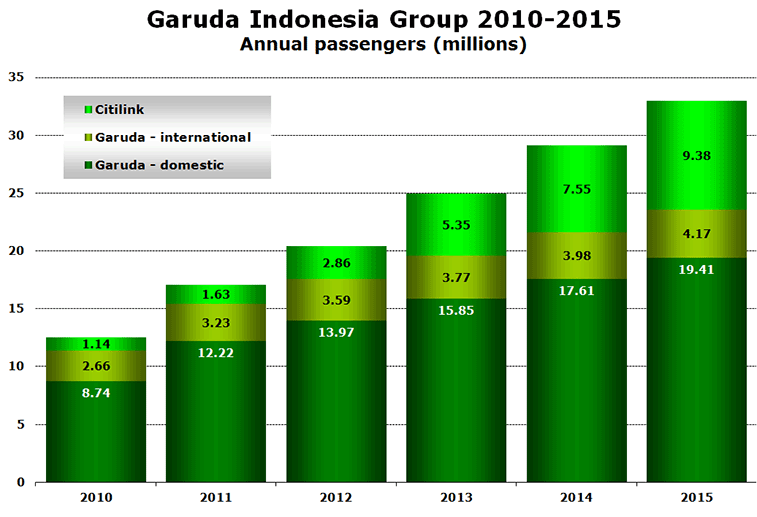 Jakarta four times bigger than any other airport

Analysis of OAG Schedules Analyser data reveals that Garuda’s busiest airport is, not surprisingly, Jakarta. The airline’s weekly seat capacity from this airport is four times bigger than from its next busiest airport at Denpasar on the island of Bali. From Jakarta, Garuda (not including Citilink) serves a total of 46 destinations of which 31 are domestic. From Denpasar a total of 24 destinations are served non-stop, of which 13 are domestic. In other words, Garuda operates 15 international routes from Jakarta and 11 from Denpasar. 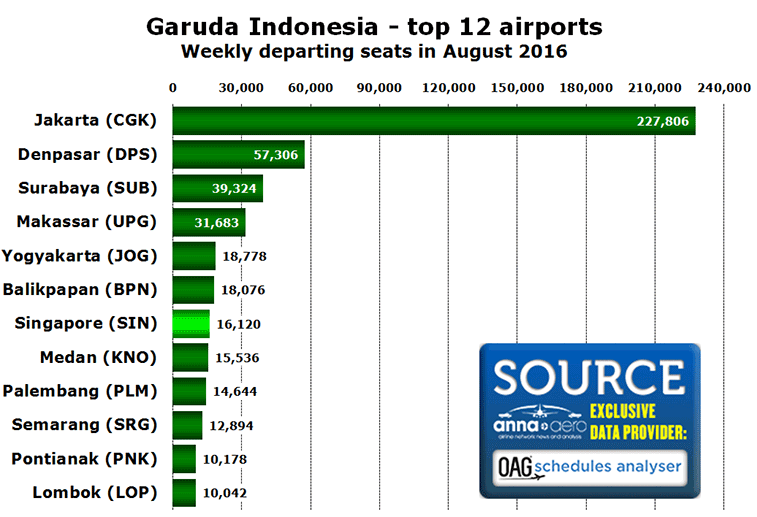 Only one of the airline’s top 12 airports is not in Indonesia. Singapore (highlighted in bright green) is served 10 times daily from Jakarta, twice-daily from Denpasar and daily from Surabaya.

Only 11 country markets served outside of Indonesia

With international passenger numbers accounting for just 13% of the airline group’s total in 2015 (down from 21% in 2010) it may come as no surprise that Garuda serves just 11 country markets outside of Indonesia. Singapore is by far the largest with almost twice as much seat capacity as second-ranked Australia. Then come China, Japan and Saudi Arabia. The only European country markets are the Netherlands and the UK. Plans to serve other European destinations have been put on hold for now. 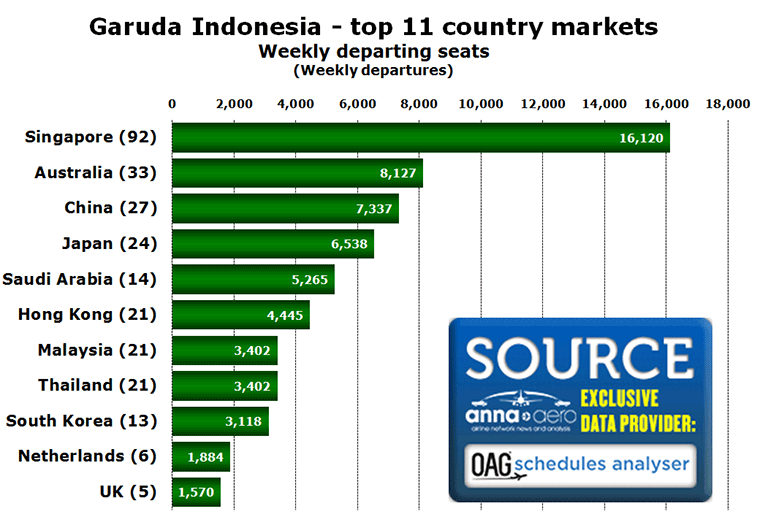 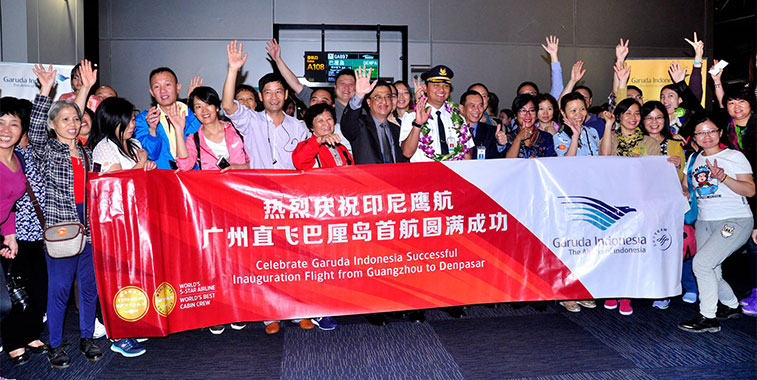 On 22 November 2015 Garuda Indonesia launched flights from Denpasar on the island of Bali to Guangzhou in China. The route is operated thrice-weekly using 737-800s and faces competition from China Southern Airlines’ daily flight.