Last November Ryanair added three new destinations to its network from its Krakow base. Ribbon-cutting ceremonies were held to launch the routes to Gran Canaria, Tenerife South and Eilat Ovda. The Irish ULCC has only dropped three of the 37 routes it has launched from the airport since it began services from London Stansted back in October 2005, and now accounts for well over one-third of seat capacity.

Located in southern Poland, Krakow Airport is the country’s second busiest handling just over 4.2 million passengers in 2015, up over 10% on the previous year’s figure. Prior to Poland joining the EU in May 2004, the airport handled fewer than 600,000 passengers, so last year’s figures represent a seven-fold increase over the pre-EU level. Since 2009, passenger numbers have grown each year by between 5% and 14%, helped by Ryanair’s decision to make the airport a designated base in the summer of 2013. 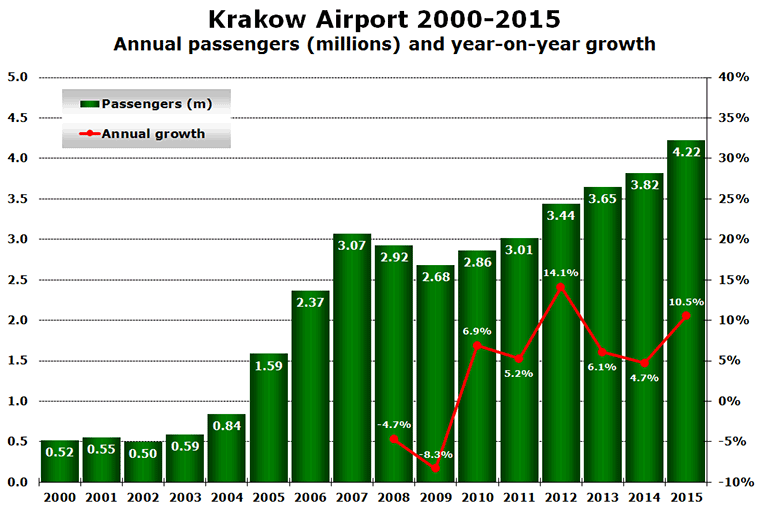 This year has got off to an extremely strong start with passenger numbers in the first three months of 2016 up 18.5% to almost one million passengers. The airport’s SVID (Seasonal Variation In Demand) score for 2015 was just 3.35 (“Good”) which was better than Warsaw (5.42) and nearby Katowice (19.81). Traffic normally peaks in either July or August. Last year the peak month of July was 65% busier than the airport’s quietest month of February. 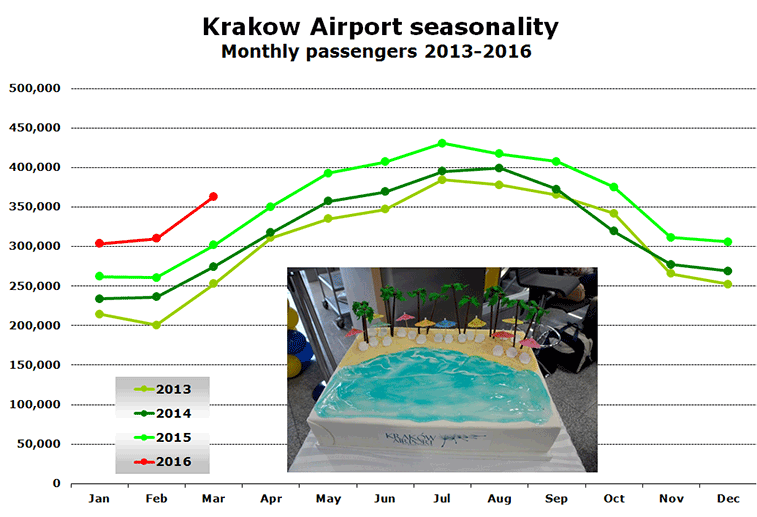 Ryanair began serving Krakow on 1 October 2005 from its London Stansted base. By the summer of 2008 only four further routes had been added; to Dublin, East Midlands, Liverpool and Milan/Bergamo. More routes then followed and eventually in April 2013 the airport became a base for the ULCC. In total it has served 37 destinations from Krakow of which 33 are still operating this summer. Another destination, Eilat Ovda in Israel, is a seasonal winter destination, meaning that the carrier has only ever dropped three routes from the airport; Billund, Cork and Gothenburg Save. 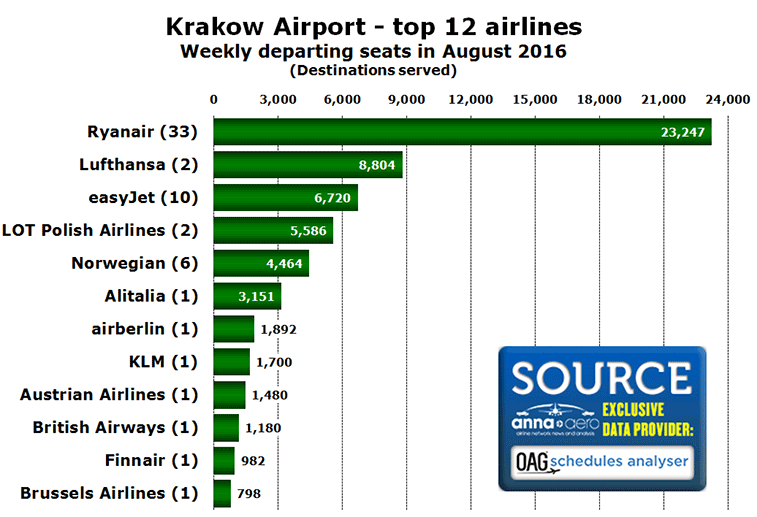 The next biggest carriers are Lufthansa (serving Frankfurt and Munich with multiple daily flights), easyJet, LOT Polish Airlines and Norwegian. According to OAG Schedules Analyser data for this August a total of 20 airlines will be operating scheduled services. Among flag carriers British Airways, KLM and SWISS all began services in 2015, SAS launched its first route at the start of the current summer season, while Aegean Airlines, Air France and Iberia will be launching their first flights later this summer. 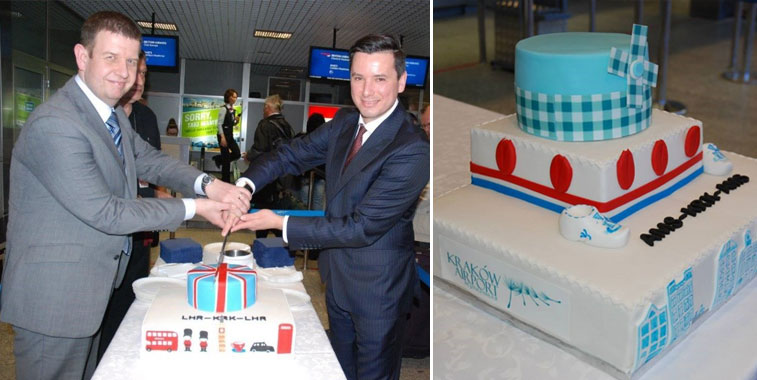 British Airways and KLM both started serving Krakow in early 2015 from their major hubs at London Heathrow and Amsterdam. Krakow Airport celebrated both route launches with solid-looking cakes.

Analysis of OAG schedule data for this summer reveals that the number of scheduled seats to the UK and Germany are almost identical and well ahead of Italy, Poland and Spain. However, the UK’s greater year-round demand means that according to the airport’s own Traffic Review of 2015, the UK was the leading country market with just over one million passengers, compared with 744,000 for Germany and 374,000 for Italy. The fastest growing of the top 10 country markets in 2015 was France, with demand up 29% to 214,000. A total of 18 country markets are currently served non-stop, all of which are in Europe. 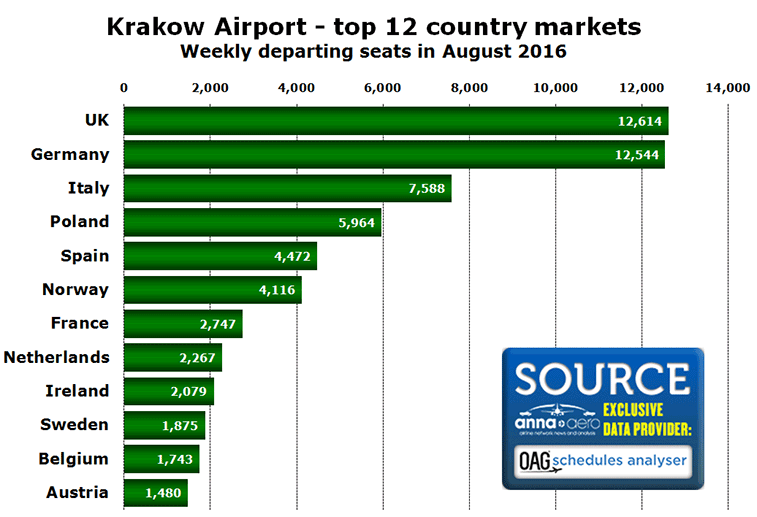 From 23-26 April Routes Europe will be taking place in Krakow. As usual anna.aero will be there producing our on-site daily magazine crammed full of show news and coverage of the extensive social programme. If you are going to be attending and have a story for us, track down one of the anna.aero team or come visit us at our stand.