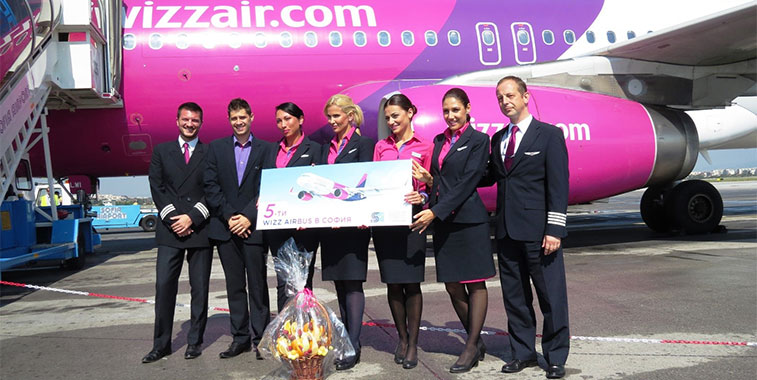 Last year Wizz Air stationed a fifth A320 at Sofia Airport, from where, this summer it will serve 27 destinations. Ryanair will open a base there this winter, using three 737-800s to launch 19 new routes, It will be competing against Wizz Air on a total of 11 of the routes.

Ryanair’s last four base announcements have been Bucharest (Romania), Vilnius (Lithuania), Sofia (Bulgaria) and Prague (Czech Republic). Back in January, the ULCC also announced it would be making Timisoara in Romania its 78th base. Apart from all being located in Central Europe, all five of these airports have something else in common. They are all bases for Wizz Air. While 11 737-800s are being allocated across these five bases, at three of them only a couple of new routes will be launched to complement the airline’s existing routes. The exceptions are Sofia, where Ryanair has announced plans to start 19 new routes this winter, and Timisoara, where it will start seven routes. So how much overlap will there be between Wizz Air and Ryanair on routes from these five airports? The following table summarises in which city markets the two carriers will compete, sometimes to the same airport, sometimes to an alternative airport serving the same city.

Out of these new Ryanair bases competition with Wizz Air will be most intense at Sofia where the two carriers will compete on 11 city pairs, of which eight are to the same airport. Anyone wanting to visit the Bulgarian capital this winter from any of these 11 cities across six countries in Europe should be able to find some extremely low fares as the two ULCCs fight for market supremacy.

Poland is where the real action is

Not surprisingly given its population, both Wizz Air and Ryanair’s biggest presence in Central Europe is in Poland. For Wizz Air it is now their leading country market for weekly flights (just ahead of the UK), while for Ryanair it ranks ninth, just behind Portugal and Greece, but ahead of Belgium. A comparison of weekly frequencies for the first week of August for Ryanair and Wizz Air from various country markets is shown in the following graph. For Ryanair the figures for the first week of November are also shown which thus includes the launch of based operations from Bucharest, Prague, Sofia, Timisoara and Vilnius. The significant growth in the Bulgarian and Romanian markets can clearly be seen. The apparent decline in the Polish market for Ryanair between August and November is likely to be a combination of seasonality issues and maybe not all services yet being available to book. Wizz Air is still much bigger than Ryanair in Romania and Hungary, while Ryanair has the bigger presence in Slovakia where Wizz Air only recently began operations. 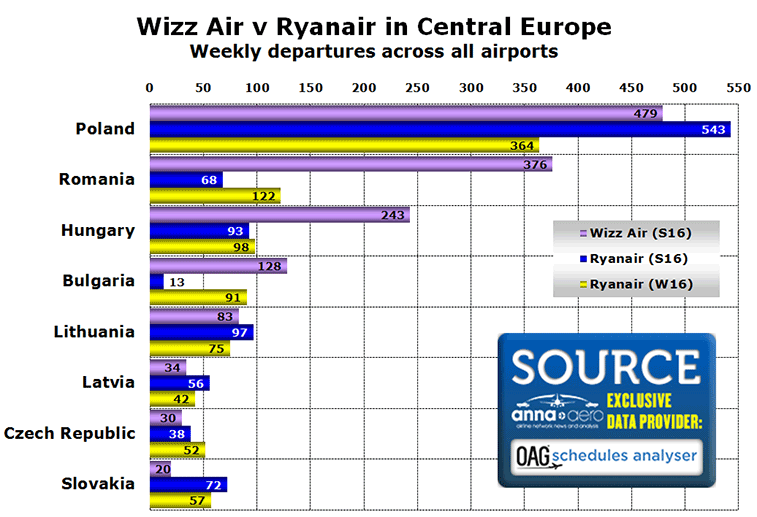 In Warsaw prior to the opening of Warsaw Modlin Airport, Wizz Air had the market to itself operating from Warsaw Chopin. When Modlin opened, Wizz Air moved its base there and Ryanair also began service to the airport, but without basing aircraft there. After competing head-to-head on most of the routes, Wizz Air returned to Warsaw Chopin leaving Ryanair at Warsaw Modlin, which it made a base in October 2014. Ryanair is now the only scheduled carrier at the facility. Cities which both Ryanair and Wizz Air serve from Warsaw include; Alicante, Barcelona, Bristol, Brussels, Eindhoven, Glasgow, Gothenburg, Lisbon, Liverpool, London, Milan, Oslo, Paris, Rome and Stockholm. In Gdansk, which is also a base for both airlines, the destination overlap is rather less with competition limited to routes to London (different airports), Malta and Oslo (also different airports). 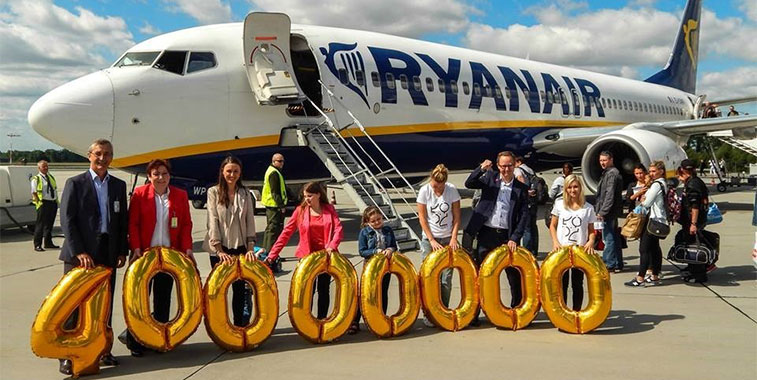