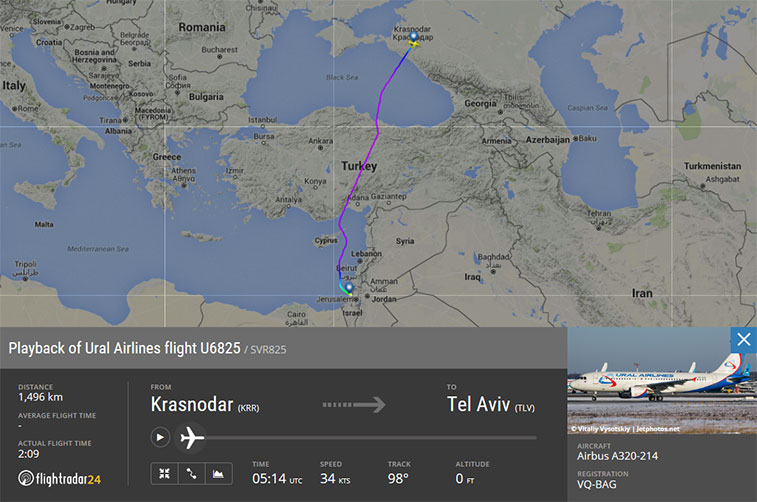 Proof, if it was needed, that Ural Airlines’ first flight from Krasnodar to Tel Aviv was operated on 6 April. Thanks to our friends at Flightradar24, we also know that the weekly service was flown by one of the airline’s A320s – the inaugural by VQ-BAG.