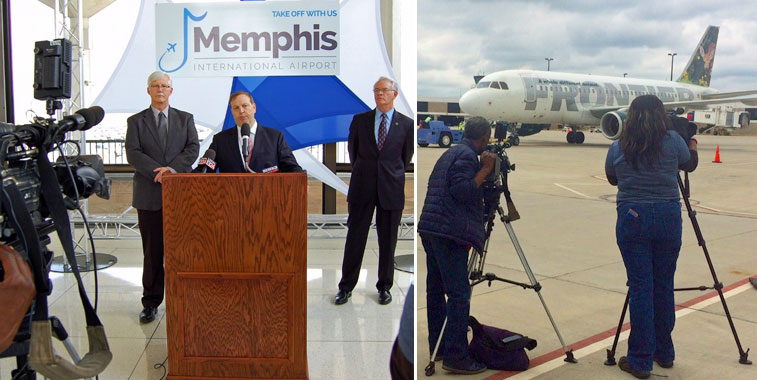 Memphis Airport celebrated the start of Frontier Airlines’ launch of services to Atlanta on 14 April, a route which the carrier will operate thrice-weekly (Tuesdays, Thursdays, and Sundays).

Detroit Airport celebrated the start of services to Phoenix on 15 April with a traditional cake and ribbon cutting ceremony. Services will operate four times weekly onboard the carrier’s A320 fleet according to OAG Schedules Analyser data. 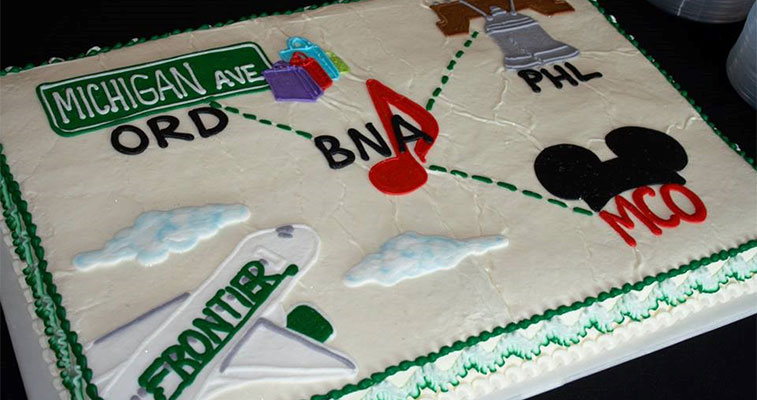 Nashville Airport celebrated the start of Frontier Airlines’ services to Chicago O’Hare, Orlando and Philadelphia with a traditional route launch cake. Services to O’Hare will be operated daily while Orlando will see a thrice-weekly service and Philadelphia four times weekly according to OAG Schedules Analyser data. 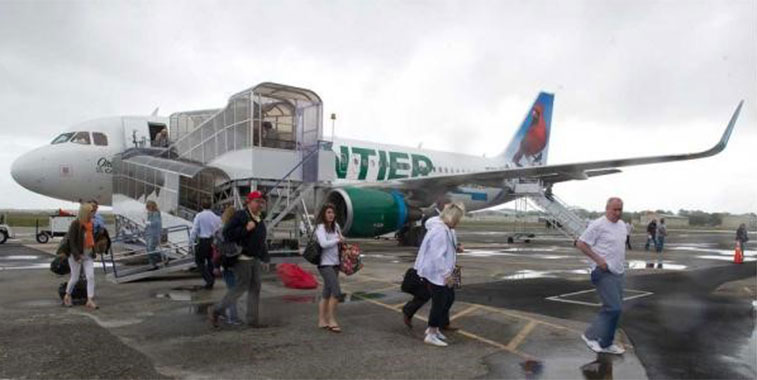 Passengers disembark Frontier Airlines’ inaugural service from Chicago O’Hare to St. Augustine on 14 April. Services on the 1,458-kilometre route will be served thrice-weekly. On 15 April a four times weekly service from Philadelphia was also launched to the Floridian airport.

Cincinnati Airport allowed the inaugural crews to conduct the ribbon cutting ceremonies for Frontier Airlines’ first flights to Houston Intercontinental and San Francisco. Ground staff and passengers on the premier service to Los Angeles also managed to celebrate by posing with various props. All three routes will be served by the airline’s A319 fleet. 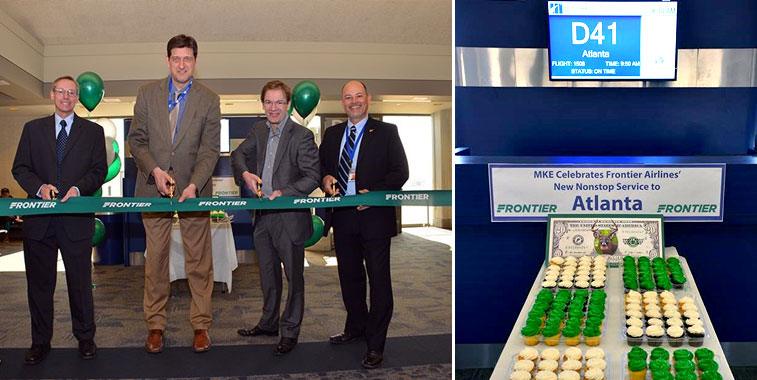 Passengers at Milwaukee were greeted with Frontier Airlines coloured and themed cupcakes to cement the start of the carrier’s four times weekly service to Atlanta on 15 April. The previous day the airline launched flights to Dallas/Fort Worth from the airport, a 1,373-kilometre route which will be served thrice-weekly. 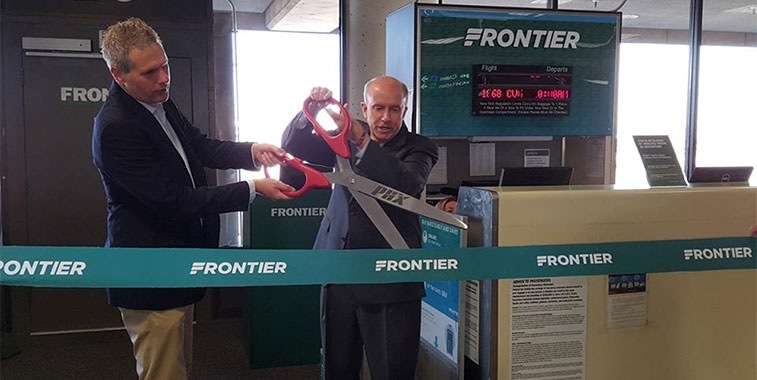 Phoenix Airport celebrated the start of Frontier Airlines’ services to Atlanta and Detroit on 14 April with a ribbon cutting ceremony which was performed by Jim Faulkner, Director of Corporate Communications, Frontier Airlines, and Jim Bennett, Director of Aviation Services, Phoenix Sky Harbor Airport.