Minneapolis-St. Paul celebrated the start of services to Philadelphia and Atlanta with a Liberty Bell and Coca Cola themed cake, with the latter destination being the originating home of the world famous transnational corporation. Also seen on the cake is Fenway Park in Boston, which highlights the carrier’s launch of services from the airport to Massachusetts City on 28 April. Seen speaking to passengers before the inaugural flight is Denise Athey, GM for Spirit Airlines at Minneapolis-St. Paul, being flanked by: Mark Kopczak, VP Network Planning, Spirit Airlines; Jeff Hamiel, Executive Director and CEO, Metropolitan Airports Commission; and John Chiasson, Assistant GM for Spirit Airlines, Minneapolis-St. Paul. Brian Peters, Assistant Director, Commercial Management & Airline Affairs, Air Service Business Development, Metropolitan Airports Commission, commented to anna.aero that both departing flights to Atlanta and Philadelphia left with a 100% load factor. 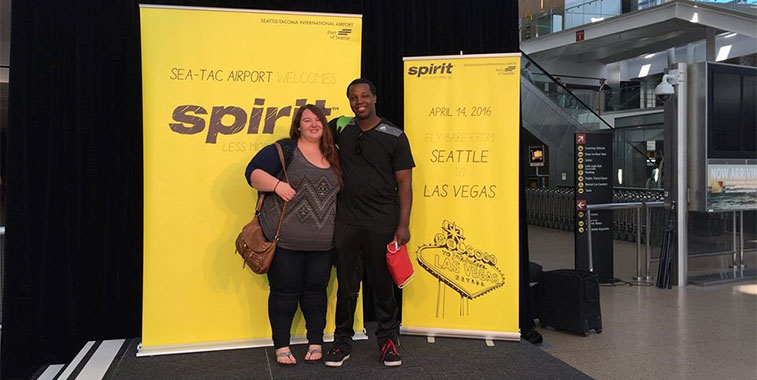 Seattle-Tacoma Airport held an instant weekend getaway competition to celebrate the start of Spirit Airlines’ launch of services to Las Vegas on 14 April. Services on the route will operate twice-daily according to OAG Schedules Analyser data.