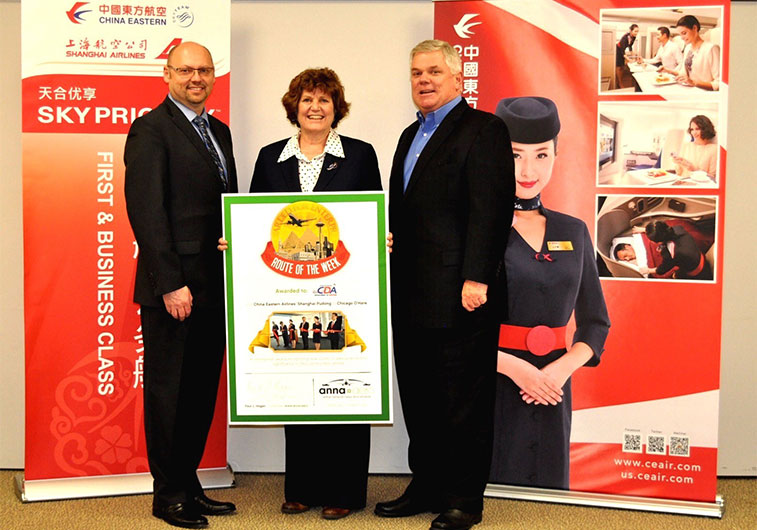 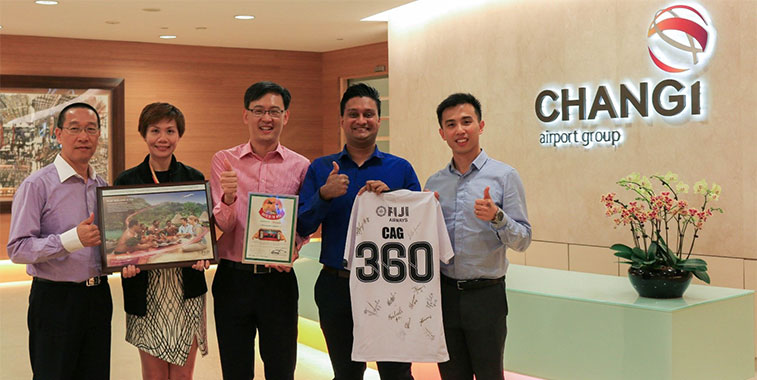 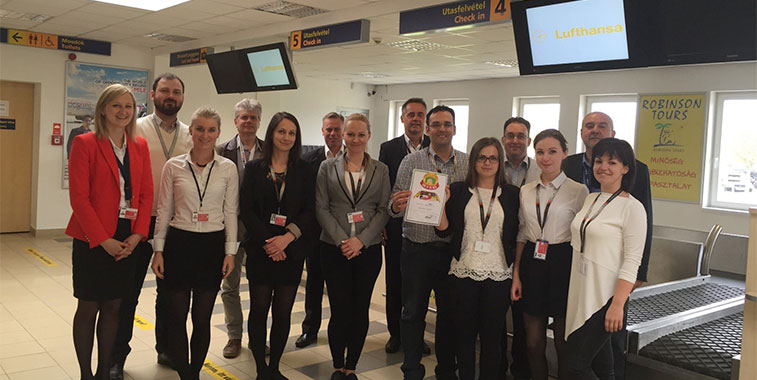 Debrecen Airport in Hungary last week demonstrated its culinary aviation skills by being rewarded with the anna.aero Cake of the Week title, given to the airport for the fantastic cake presented at the launch of Lufthansa’s flights from Munich. Seen celebrating with the award are the team from the airport. 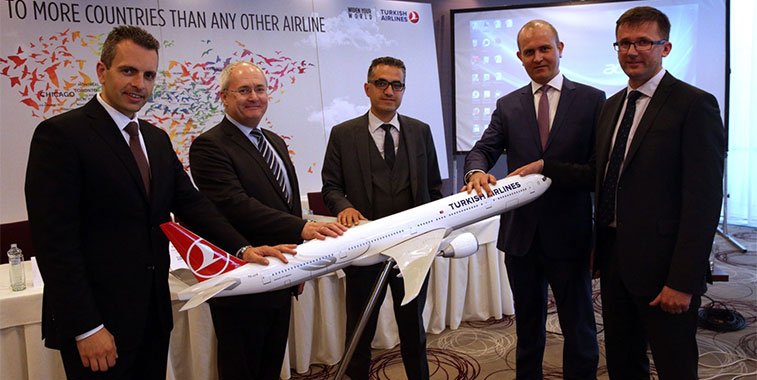 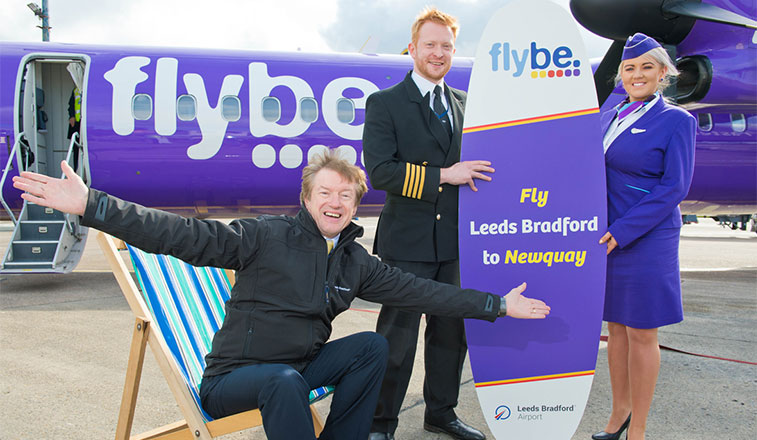 On 15 April Flybe announced that from 28 October it will commence thrice-weekly services from Leeds Bradford to Newquay. This is the fourth and final Flybe route to be announced under the Government’s Regional Air Connectivity Fund. Aviation Minister Robert Goodwill said of the news: “It is great to see Flybe launch this new service between Leeds Bradford® and Newquay. This will make a real difference to the local economies and unlock new tourism and business opportunities for Yorkshire and Cornwall.” Seen celebrating the news along with two Flybe crew members is Tony Hallwood, Aviation Development Director, Leeds Bradford Airport. 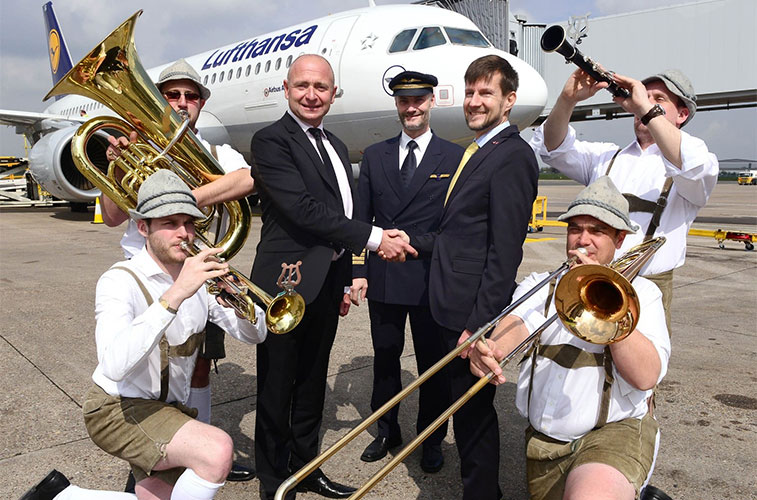 This week Lufthansa celebrated its 30-year anniversary of services from Birmingham. It was also a celebration for the Star Alliance member which has seen its passengers from the UK’s second city for the first quarter of 2016 grow by 3.3% when compared with the same period last year. Seen celebrating the news are: William Pearson, Aviation Director, Birmingham Airport; Captain Joerg Sbanski; Christian Schindler, Lufthansa Group Regional Director for the UK & Ireland; and a German Oompah band. Pearson commented by saying: “Many congratulations to Lufthansa for reaching this 30-year milestone at Birmingham, particularly at a time when passenger numbers are at a record high. Serving more than seven million people over the last three decades, Lufthansa has become the first choice for many travelling from the Midlands region to Frankfurt, Munich and beyond to more than 300 destinations on the Lufthansa Group’s global network.” On 15 April Cork Airport installed a new airbridge to help meet growing passenger demand. The new airbridge, the second at the airport, represents an investment of €450,000. Niall MacCarthy, Managing Director at Cork Airport welcomed the arrival of the airport’s second airbridge saying: “The new airbridge marks a significant milestone for the airport as we return to positive passenger growth. It is a strong endorsement of our commitment to continuously improving the overall passenger experience and ensuring we are positioned for new airline partners in the future, particularly in preparation for the impending transatlantic route.” Seen with the new airbridge before it was placed into position are Bill Daly, Head of Asset Care at Cork Airport, and Brian Culloty, Airport Engineer. Jet2.com celebrated its five-year anniversary of services from Glasgow on 15 April with the carrier having a wooden plane sculpted live in the city centre to celebrate the news. The carving was done by renowned Scottish chainsaw artist Tom Harris-Ward. Since first jetting off from Glasgow in 2011, Jet2.com has carried more than three million customers to and from top European sun, city and ski destinations. Steve Heapy, CEO of Jet2.com and Jet2holidays said: “It’s been a really successful five years for us at Glasgow Airport and we wanted to do something exciting to celebrate. What better way than creating a giant wooden replica of one of our aircraft as a lasting legacy for the city.” Bergerac Airport recently held a James Bond themed gala evening to celebrate the soon-to-start services of British Airways which will connect the French airport to London City from 1 May. Services will be operated four times weekly on the seasonal route until September. 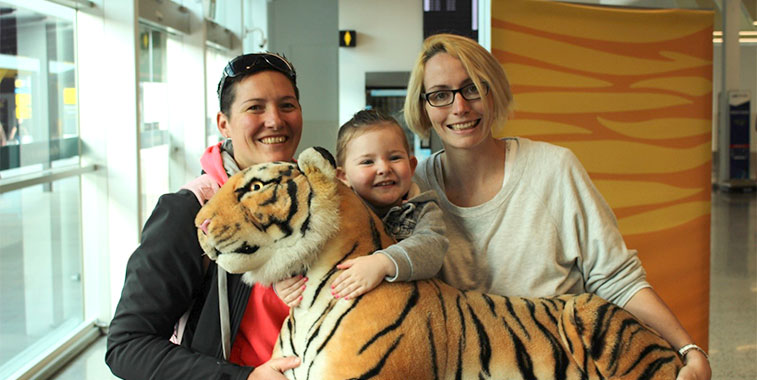 On 13 April Tigerair Australia announced a special sale to celebrate flying the airline’s 19 millionth passenger. The airline’s 19 millionth passenger on Tigerair Australia, Lucy MacPherson from Melbourne, was on board flight TT228 from Melbourne to Sydney with her partner Jaimee-Lee Jeffs and their daughter Aibel. Lucy and her family were met at Melbourne Airport upon departure and presented with three $190 vouchers to put towards future travel on the Tigerair network. “We’re regular Tigerair Australia customers and winning these travel vouchers has been a great way to start the day. We’re heading up to Sydney to catch up with family today and we’ll definitely put these vouchers towards a return trip to visit them again later in the year,” commented MacPherson.