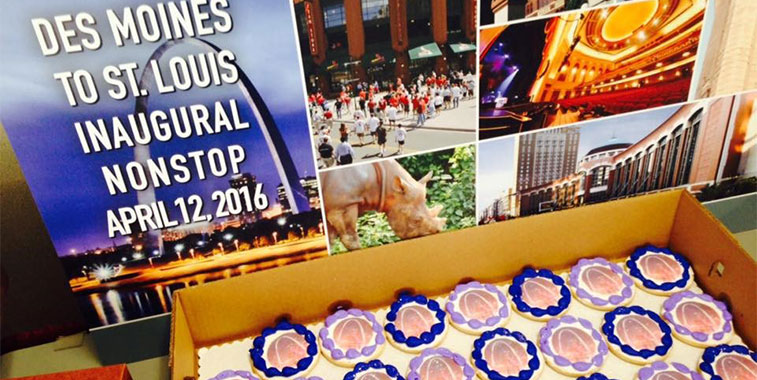 Des Moines Airport celebrated the start of Southwest Airlines’ services to St. Louis on 12 April with cookies which depict the latter city’s famous arch. Flights on the 417-kilometre sector will be operated 13 times weekly. 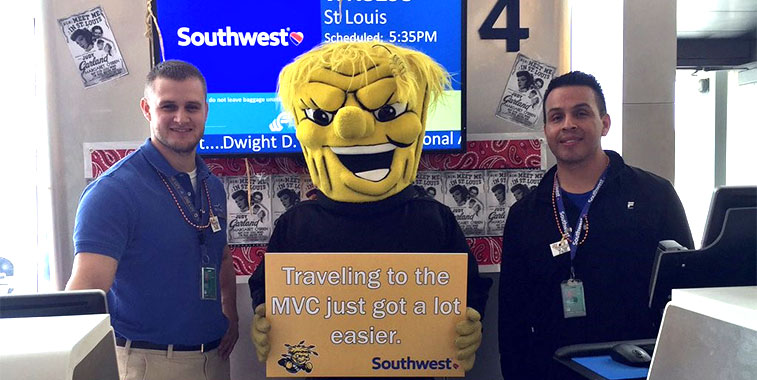 On 12 April Wichita Airport celebrated the start of Southwest Airlines’ services to Phoenix and St. Louis, with Wichita State University’s basketball team (the Wichita State Shockers) mascot WuShock highlighting that it is much easier for people to get to the latter destination for the Missouri Valley Conference basketball tournament in March next year. Services to Phoenix will operate daily while St. Louis sees a twice-daily operation. 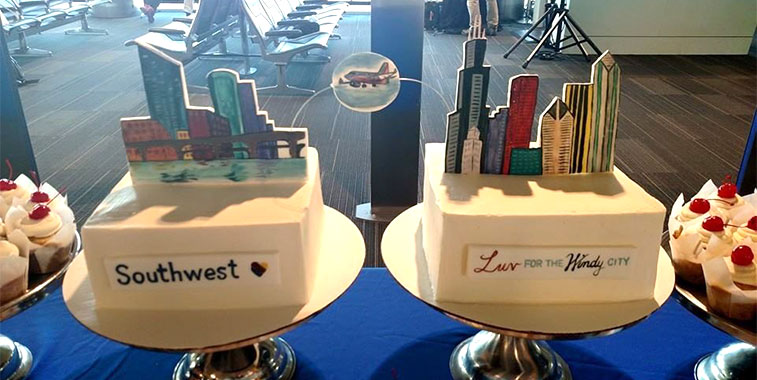 Grand Rapids Airport celebrates the start of services to Chicago Midway on 12 April by Southwest Airlines with this impressive cake. Flights to the Windy City will be flown 19 times weekly according to OAG Schedules Analyser data facing no direct competition.